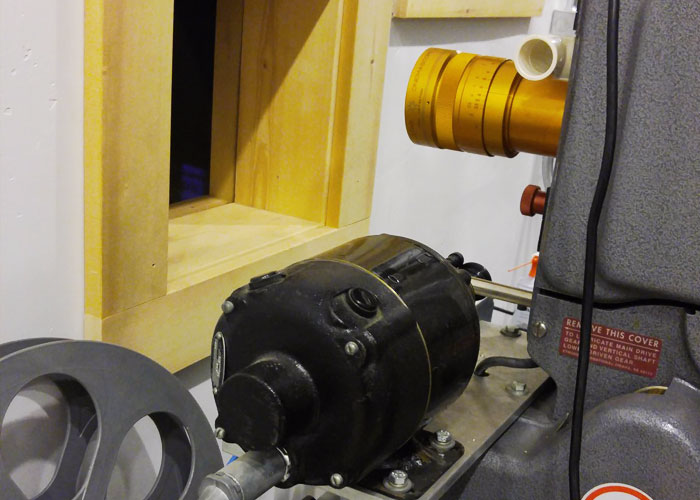 by Walter Chaw Telluride rests in a valley on the Western side of Colorado. It sits at 8,750 feet. You have to cross Monarch Pass (elevation approximately 12,000 feet) to get there from where I live, a six-and-a-half hour drive away. If you're doing it right, you walk everywhere in Telluride, taking the free gondola service over the longer stretches up and down the mountain, and feeling the sharp constriction in your chest when your body, even one acclimated to a mile above sea level, discovers there's noticeably less oxygen to breathe at such great heights. I wonder if mild hypoxia has something to do with my euphoria while I'm here. I am the best version of myself at the Telluride Film Festival, even as the festival itself continues to subtly decline by inevitably becoming more beholden to middlebrow interests and tastes at the same pace it now sells out the highest level of ticket package they make available. Not the ones you can buy off the website, the ones you secure through $100,000 donations.

Anecdotally, there are fewer films and more people in 2016. That's not true (there are 50 films, spread over ten venues and four days), and it doesn't feel like there are more people, but after Brie Larson mentioned Telluride during her Oscar acceptance speech, the floodgates undoubtedly opened a little and people got, you know, interested. Interest, that kind of interest, is what will change the Telluride Film Festival--what has changed the Telluride Film Festival. I think it feels like there are fewer films this year because there aren't as many good films or, at least, films that offer a sense of discovery. After years of feuding with the Toronto Film Festival about premiere rights and other territorial bullshit that never matters in six months' time, when the majority of stuff screened at either event will be fodder for Netflix and Redbox, and after a notable hike in big-dollar donors, the fest, born in defiant independence of corporate and media interests, is slowly, insidiously kowtowing to the same. I want to talk about that not to scold anyone, but because this is the festival where I saw Irreversible and Spider--and now it's the festival that's screening Sully four or five times the weekend before I have a press screening of it back in Denver. I'll manage to miss every showing of it here.

There are obvious parallels to this phenomenon in what we're dealing with in our looming dumpster-fire of a presidential election. The struggle isn't between the two most unpopular candidates in the history of these things, but between populism and perceptions of elitism. Telluride used to program frightening, challenging fare. They didn't care. They were about not caring. They carried that outsider attitude years past the point where they were actually outsider instead of just exclusive. Three years ago I saw Under the Skin here. It was glorious. About 30% of the audience stood up and walked out a few minutes in. It was the best thing in the fest. Now it's two years later and, aside from Manchester by the Sea, Arrival, and the free archival prints running at the behest of guest-programmer Volker Schlondorff, there's nothing surprising, nothing challenging, nothing that's really very good. It's been a slow creep, but it feels like it's accelerated recently: There is pressure, real or implied, to program the contenders. There is pride that the fest had 12 Years a Slave, making it a bellwether for the Oscars. If you're proud of being able to spot the awards-season floaters, you need to realign your standards for success.

For me, Telluride is about reuniting with old, dear friends to compare waistlines and psychic battle scars acquired over the last year of giving ourselves over to routine. Annually, I've come here and found myself able to talk about my depression and the process of it. This is the first year of the last four that I've felt, you know, fine. Felt good. I bottomed out four months ago and this is either the rebound from that or something clean and sustainable, and I hope it's the latter; I do. But I'm the best version of myself at Telluride. I'm alert and engaged. I'm happy, genuinely, and it's something I have neither ever trusted nor often experienced, but like love I know it when I see it. Telluride is restorative for me. I have ulterior motives for coming. I like walking in the woods and riding the gondola and seeing movies, truly stopping to watch them again like I used to and don't much anymore--at least not without some variety of monkey on my back, chittering in my ear. I couldn't be here without my friends, my amazing co-workers, or my astonishing wife, who, in our twenty years together, has never stopped astonishing me. I don't know why she puts up with me. I'm learning not to ask the question. OK, TFF 43, let's go.