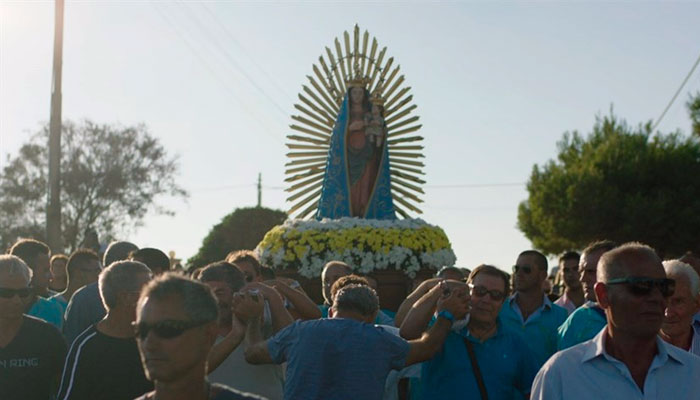 by Bill Chambers The white sands and turquoise waters of Lampedusa, Italy's southernmost island, have attracted tourists like iron filings in the age of TripAdvisor. It's paradise found, an oasis in the Mediterranean. And it's "the door to Africa," a European outpost at which migrants dock en masse. No Man is an Island alternates between two young refugees who've established themselves there in some capacity. Omar, who fled Tunisia during the Arab Spring, is the Eliza Doolittle-like apprentice to the doctor who heads up the medical centre for new arrivals, while the comparatively laconic Adam, from Ghana, is the houseboy of a man who came to Lampedusa by way of Colombia and seems a little sketchy in his "Miami Vice" digs. Both Omar and Adam are struggling with assimilation--Omar feels out of place, perhaps owing to unresolved feelings about his sexual orientation, whereas Adam is finding it difficult to transcend the jocular racism of his newfound peers--yet nothing particularly dynamic or revelatory comes from paralleling their stories; ultimately, this feels like two discrete documentaries interrupting each other. Director Tim De Keersmaecker develops motifs--recurring images of sea turtles and the Virgin Mary--but his dreamy, elliptical approach robs them of thematic weight. (Reading about Lampedusa, I discovered that it simultaneously rescues some 200 sea turtles a year from the vagaries of the fishing industry.) More superficial than profound, the film is a glorified DSLR demo video when all's said and done, and as sympathetic as Omar and Adam are, this aesthetic really emphasizes the poetry of their surroundings, taking the edge off their rootlessness. No Man is an Island might be a better tourism video than it intends.