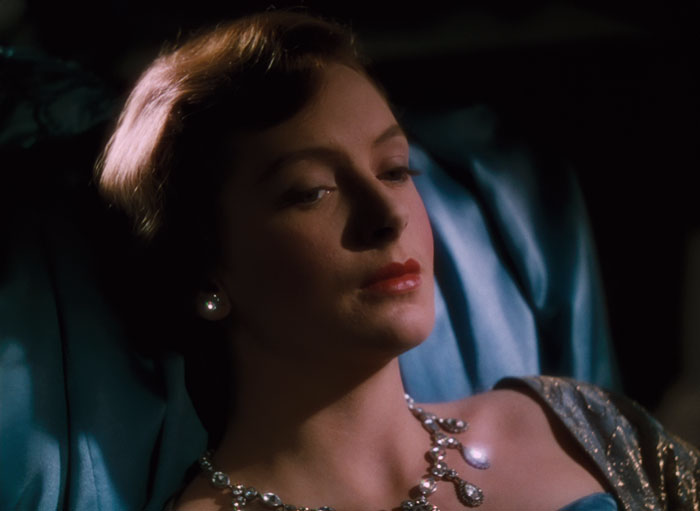 by Walter Chaw The prototype in many ways for Charlie Kaufman's Synecdoche, New York, Powell and Pressburger's The Life and Death of Colonel Blimp, although lighthearted and easily mistaken for a romp, is an existential horror film that, for all the things it's otherwise about, is most vitally about what it's like to grow old. There's a moment early on--when our hero, Clive Candy (Roger Livesey), realizes he's let the love of his life marry his best friend--that clarifies exactly what the picture has on its mind. For the rest of the film, as the kingdom of his memories grows to a size that dwarfs modernity rushing past, Candy finds shades of the lost Edith (Deborah Kerr), his personal Lenore, resurfacing in the faces of young women the world over. The Life and Death of Colonel Blimp understands that as one grows old, an entire village sprouts in the mind, full of beloved businesses and places that have long since disappeared, peopled by old flames and loved ones, dead or just vanished but in any case never again to resume the form in which memory has frozen them. Though memorable for its technical brilliance, its Technicolor vibrancy, and its courageously sprung narrative structure, The Life and Death of Colonel Blimp's ability to pinion the sadness, the loneliness, that experience carries with it is what makes the movie what it is. Life as a process of emotional attrition: Last man standing is cold comfort, indeed.

The Life and Death of Colonel Blimp begins at the end, as it were, with a squad of young military bucks breaking the rules of a planned exercise in order to humiliate elderly military brass Candy. In this prologue, he's old, moustachioed, full of bluster and grump, engaging in an unfortunate tussle with a young fool before we flashback forty years to when Candy was "young once, too." Enter Candy again, crisp, clean-shaven, and enlisted by proper Edith to incite, around the time of the Boer War, a gentleman's disagreement with a disagreeable German chap. Alas, Candy is challenged to a duel by dashing Theo Kretschmar-Schuldorff (Anton Walbrook), suffers a scar that necessitates the moustache, and makes fast friends with his brief antagonist in the first of many instances of what honour used to look like, even among combatants. (Perhaps especially among combatants.) The film was produced during WWII, and among its detractors was PM Winston Churchill, who criticized it sight-unseen, railing at what he was told was the way it made sport of the British military. What his advisors failed to grasp is that The Life and Death of Colonel Blimp actually, sensibly (if sadly) suggests that in order to win a war in the current state, something other than a chivalric code of conduct was needed--that civility would doom her majesty's empire. It's the suggestion that the world had changed, irrevocably and for the worse, and that holding on to the traditions and conventions of the past would leave Britain on the wrong side of the conflagration. But while the picture is about that, that's perhaps what it's least about.

The Life and Death of Colonel Blimp understands the cult of masculinity in all its extreme insecurity--its brash actions and immediate regret, and its subsequent inability to be vulnerable and repair what had been damaged in a moment's inconsideration. For Candy, when hale, platonic buddy Edith tells him, with pain, that she's agreed to marry Theo, he's thrilled, of course--his two best friends together!--and then, as he kisses the newly-engaged Edith, there is a flicker of crushing, devastating heartbreak that is among those signature moments in the movies where you realize the medium has power over you, can indeed see into the heart of you, provide an image for a universal experience and transport you back to the exact instant you made a mistake you've regretted since, or a glorious day you didn't realize was your best one 'til it was gone. The rest of the film follows Candy through two wars, marriage, and a reunion, bittersweet, where he confesses there was only ever Edith. Even his eventual wife, half his age, he married mostly because she reminded him of her. (His current driver in his dotage, we realize when Theo catches her in the right light, was hired for the same reason.) It helps of course that Kerr, herself an enigmatic figure too intelligent and independent to be the major star she should have been, plays three roles in the picture--a spectre haunting Candy, perpetually reminding him of the one second of crisis in a long, richly-textured life that defined him forever.

So The Life and Death of Colonel Blimp is a film about regret and, more, about how the penance for that regret takes the form of Candy's further achievements as a whole. It's there in his growing collection of big game trophies, in his impressive home, in his status; in the end, we're reminded that he's treated with absolute disdain and condescension by a new generation of recruits who should respect him, but instead behold him as an object of ridicule, a relic made impotent and irrelevant by time. Is it possible, then, that The Life and Death of Colonel Blimp could be a Freudian conversation about what motivates Man? Is it possible that it could be so intensely perceptive about a collective, biological urge that valorizes ill-considered acts so that they can be the root of productivity rather than destruction? The Life and Death of Colonel Blimp might ultimately be the keenest observation of the seeds of heroism, the foundations of purpose, and how at the end of a life, there's still nothing except that one, keen, sharp regret for which nothing can compensate, no matter the monuments we erect or the awards we collect. And through it all, the construct of the eternal woman in the persons of Kerr's increasingly-ghostly incarnations reminds of how delicate we are in the face of history's undertow. There are perhaps no better war films than this and Marcel Carne's Children of Paradise. They're both occupation films of a kind, made under siege from the German war machine and in deep consideration of what eternity had in store, as well as what a legacy meant in a world swiftly tilting towards the incomprehensible. They're both melancholic love stories, too, and I think that says something wonderful about who we are when we're at our best. 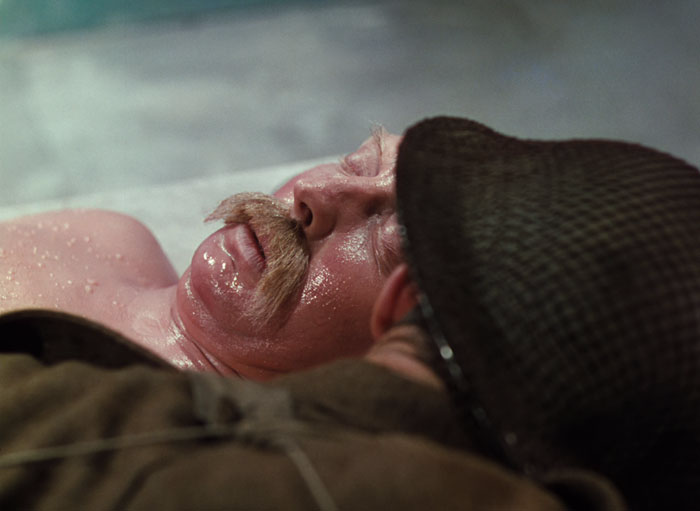 THE BLU-RAY DISC
Criterion exceeds its own Tiffany standard with a 1.37:1, 1080p presentation of The Life and Death of Colonel Blimp that is, all hyperbole aside, frickin' eye-popping. Sourced from The Film Foundation's painstaking 4K restoration of the original negative, the transfer is immaculate but organic and dynamic, with an authentic Technicolor brilliance that is at times staggeringly beautiful. The image almost looks...wet, like it's fresh out of the developer bath. Dazzling. Just as rich in its own way, the attendant centre-channel LPCM audio is exceedingly clean and clear.

A full-length yakker features Martin Scorsese and, separately, a not-entirely-well-seeming Michael Powell (recorded in 1988, a couple of years before his death). A solo commentary from Scorsese may have proven more lively and consistent, but as it is, Powell offers a few nice insights into Kerr and her career, expounds on the construction of the film in terms of its structure and conception, and finally recounts a few of his own regrets with regards to its initial reception. Better is the brief "Introduction" (14 mins.) that launches the selection of HiDef special features, wherein Scorsese discusses the first time he saw The Life and Death of Colonel Blimp in a truncated form on late-night television, various subsequent viewings, and how at the end of the day, we should feel lucky that we're able to watch this movie in this complete, pristine form. "A Profile" (24 mins.) is a documentary that originated on the UK BD focused mainly on how the film's second life includes it now being considered among the towering achievements in cinematic history. Assistant cameraman Jack Cardiff appears among the talking heads.

In "Restoration Demonstration" (4 mins.), Scorsese returns to explain and defend the restoration, which was done digitally in order to correct size differences in the three-strip negative due to shrinkage. (Clips from a chemical restoration of The Red Shoes show a telltale blur, owing to the strips being out of alignment.) The before-and-after examples are predictably revelatory. "Optimism and Sheer Will" (30 mins.) is a sit-down with Thelma Schoonmaker who, to my shame, I only just discovered through this interview was married to Michael Powell. She reflects on the man in general and the themes of The Life and Death of Colonel Blimp specifically; the "Britishness" of the piece I think is overplayed, but Schoonmaker is no slouch and proves a passionate and articulate raconteur. An exhaustive "Stills Gallery" is of interest to the completist, while a gallery of David Low's "Colonel Blimp" cartoons (the inspiration for but not the basis of the film), round out the disc. Molly Haskell contributes an excellent précis on the picture in the standard Criterion keepcase booklet, touching on the idea of eternity in the film. Best, she gets why it is that The Life and Death of Colonel Blimp has, itself, created a space in eternity. It's a lovely, essential part of a lovely, essential presentation. 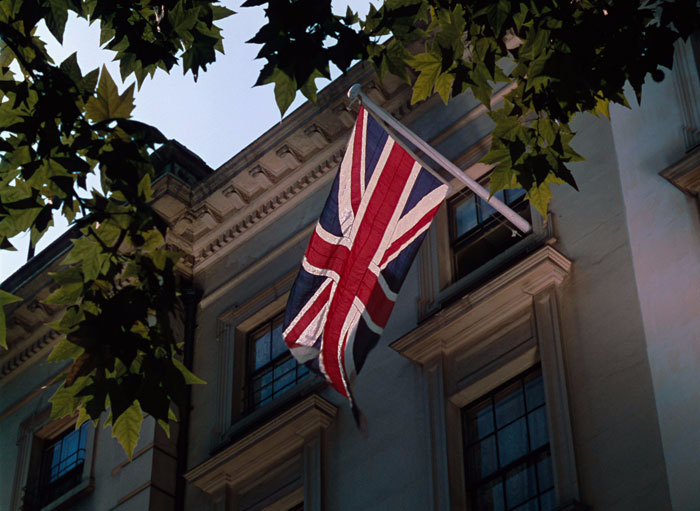