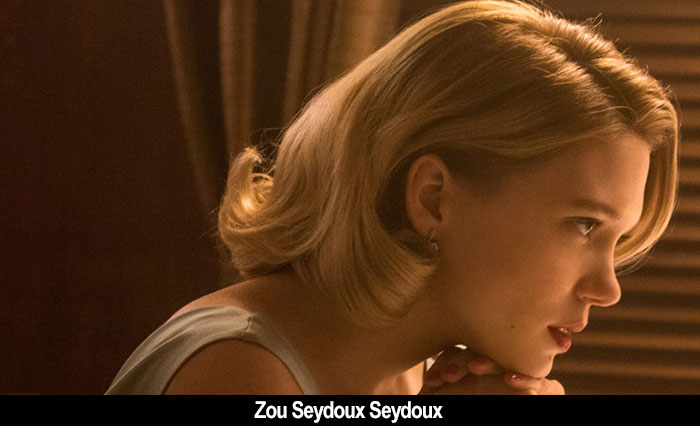 by Walter Chaw My favourite James Bond movie is On Her Majesty's Secret Service: the first without Sean Connery as Bond, and the first and only featuring Australian model George Lazenby in the role. It's the one where Bond falls in love, marries, and in the end is unable to protect his new bride from her demons. I like it the best because despite a few typically silly Bond moments, it has Bond's Moriarty, Blofeld (Telly Savalas in that film), acting as the spear in our hero's side, and it has Bond attempting to address his own failures as a human being and being taught, essentially, that the world is a cold place. I like it the best because it feels melancholy and hopeless. Bond is psychotic, you see, a serial philanderer and killer given license to do both by a broken state and the illusion of order. He's a rapist in Fleming's novels (and consider the conquest of Pussy Galore in Goldfinger)--literally in some instances, in others just given to taking advantage of women in extremis. It's a very particular ruling-class fantasy punctuated by gadgets and automobiles--film noir, except the code our ambiguous hero plays by is more Humphrey Bogart's from In a Lonely Place than Bogey's from The Maltese Falcon.

That's not a criticism. There's a prurience to Bond that I adored as a young man coming into puberty; in the pre-Internet porn-topia, Bond was a gateway drug for guys of my generation. It's a rock-star fantasy, as good in its way as vampire mythology, and there's a place for it. What's lost in the conversation over the Casino Royale/Daniel Craig reboot isn't that a reboot was necessary in the wake of the Bourne flicks topping Bond with efficient, psychologically-complicated spy thrillers, but that it was also made necessary by our easy access to actual porn. What's offered in this latest instalment--the 24th canonical one, by itself a pretty handy defense of this sequel--is contextual grounding for each of the four Daniel Craig Bond movies. It makes them better. It makes them explicable within a framework. It makes me wish I liked Quantum of Solace and, especially, Skyfall more, and it's good enough, Spectre, that I suspect I underestimated Skyfall badly, mainly because I hadn't given the series enough credit for pulling its hero in line with Fleming's conception of a self-hating, miserable sociopath at constant war with himself. If the defining image for me in Skyfall was a moment from beneath a sheet of ice in a frozen lake, our hero with a flare to find his way to air, then Spectre is an entire film spent in its mute company.

I'll grant that Spectre's plotting is convoluted, maybe even tortured, though I do wonder if all its conspiracies and turns don't constitute a MacGuffin. I was happier when I stopped trying to follow the connections. I'm ill-equipped, anyway, as it seems I never really paid much attention to the plots of the other three Craig Bonds. I don't understand how it is the bad guys from Casino Royale on are all related to mastermind Blofeld (Christoph Waltz, playing Donald Pleasence playing Blofeld), not even after Q's laptop tried hard to tell me it had something to do with DNA matching and stuff; but I did note that the scene where it's all being digitally explained occurs on a ski gondola, reminding me very clearly again of On Her Majesty's Secret Service. I barely remember any of that stuff in Skyfall about Bond's childhood tragedies and his old homestead gone to seed, although I did note that the sequence explaining it to me is framed beautifully around the discovery of a photograph in a burned relic. And I didn't get the connection between beautiful shrink Madeleine Swann (Léa Seydoux) and some old guy (Jesper Christensen) who I think is her father, or the old guy's connection to Bond, yet I did adore the scene trying to explain it to me, set in a secret room in William S. Burroughs's Tangier, where Bond looking at a VHS tape labelled as his dead lover's Vesper Lynd's interrogation/torture is intercut with Swann discovering that her estranged dad kept a shrine of her baby pictures in his workspace.

Nor do I understand why Blofeld's evil conglomerate running the world like some very organized Parallax Corp. is called SPECTRE, or why it still uses the octopus logo from the pre-Roger Moore films (I guess it has something to do with having its tentacles in stuff), but I am seduced by the idea that Spectre is about living with ghosts, and maybe monsters from the deep. When Swann and Bond first meet, for instance, she goes through a psychoanalytical onboard checklist, asking if he drinks ("too much") and after his occupation ("I kill people"). This is Bond at his most Fleming--at his most honest and autocritical. Craig doesn't exhibit any kind of pride in his excesses. He plays it as contrite, which feels absolutely right. Spectre's best moments are steeped in the same penitence and introspection. Blofeld's identity (a very Fleming twist indeed) suggests depths unplumbed and irreconcilable between them. His henchman, Hinx (Dave Bautista), represents an exclusively physical contrast to Bond's emotional one (he's a mess for two films running), and is a delight. Blofeld's plans for Bond once he's captured him isn't a Thunderball castration, but rather a partial lobotomy intended to render our hero incapable of...recognizing faces. Objectively, that's convoluted bullshit. Existentially, it's devastating in its implication that Blofeld has divined that the worst outcome for Bond is for him to literally become incapable of distinguishing his conquests from one another, instead of just figuratively. He's taking the possibility of love from Bond. It makes the film's finale, near-identical to that of On Her Majesty's Secret Service's, heavy with doom. It's not clear, in other words, whether Blofeld was unsuccessful. Disquieting.

Spectre is about loss and memory. It has action sequences that go from hard to explain (why is Bond trying to crash the helicopter he's in?) to hard to follow (did Hinx not see Bond eject from the car?) and demonstrate for the second time that Sam Mendes isn't an action director and probably never will be. But as a chronicler of white upper-class angst, Mendes is the proverbial tits. He finds in this Bond a guy coming to terms with his orphaning, his alienness, his difference. The ways through which Bond manages the world are at constant risk. He's an anachronism. He's a dinosaur. And the fascination of this last quartet of Bond films is that it allows Bond to be born as insensate, wholly without feeling when his balls are literally being broken, or when he's killed and barely resuscitated, before he evolves a sort of horrified self-awareness. Spectre makes Skyfall a masterpiece because it renders it a middle act in a discernible character arc. It's a feat that successfully provides context and dimension for a cultural icon, and the way I see Bond's actions here are with sympathy for a character caught in the text, helpless to write a happy ending for himself even now when he's starting to want one. Bond falls victim to the expectations of a following. His story is a tragedy. As are all of ours. I wonder how it's going to turn out for us.