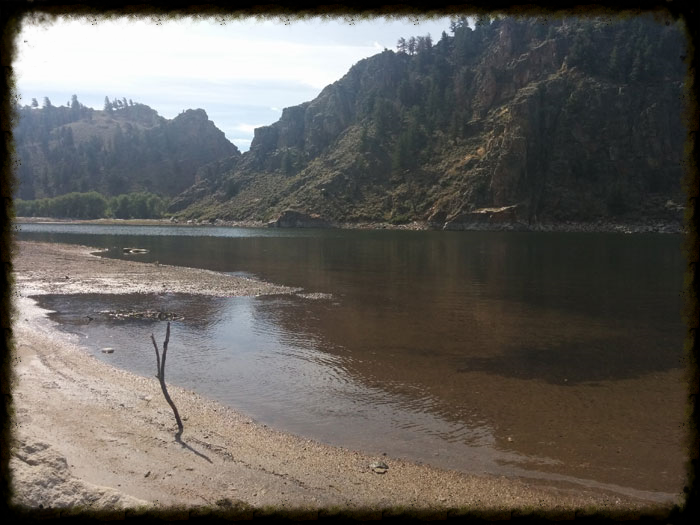 by Walter Chaw On my way back down on US 50 to 285 to C470 and I70 and home, I pulled off at someplace carved into the side of a mountain, a lagoon fortified all around with rock and shattered wood and sand. I let out a breath and wondered how long I'd held it. I listened to the lap of water and the air and the spaces inside my head. I took my shoes off. I waded a little way in and schools of fry shoaled away from my feet in black clouds. The water? Frigid. Snow run-off. I could see the white of it, dotting the peaks around me, even now in early September where, still five hours away, it was over 90° in the shade--the last gasps of Colorado's brutal Indian summer.

So I let out a breath and take in another one. There are impossible spaces in the world. I too rarely leave the possible for the impossible. 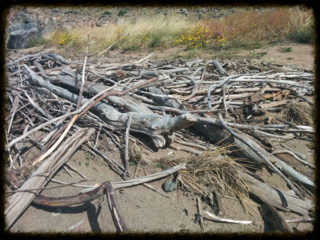 The trip home is always faster, so I resolved this year to stop somewhere and take a second to reflect. It's stupid and embarrassing to say that I don't stop enough to smell the flowers, but I don't. Much of my life is given over to frustration and overwork, to a kind of perfectionism that has taken my health more and more often lately. It's a sop against self-loathing, but it breeds a different variety of it: I can never do enough. It's Kafka's Hunger Artist; I'd eat if I ever found something I wanted. The fear is that no amount of eating could sate whatever's gnawing at me.

I took the first vacation I've taken in thirteen years this year. And then I took another. We went to California to visit my sister and my friend and his beautiful girlfriend and their beautiful baby girl. We went to Steamboat Springs and stayed at a cabin that looked out over a river. We saw otters, and Sandhill cranes, and a pair of bald eagles. We went on a horseback ride, and I was so sore that the next day I walked my mountain bike all the way back. At night, we watched Dark City and WarGames and Children of Men and Gattaca. In the day, I read and wrote and thought about why I never did this, these impossible things in these impossible places.

My daughter said to me that she was happy. That she had feared she would never be able to take a trip with me. At 11, it wasn't too late to try to fix this. It gnaws at me that it would have been at 13, maybe. 15, probably. I don't know how I could be so stupid. There was a moment on a boat in California where I caught my daughter hugging her little brother. And him hugging her. I would suffer everything again if it brought me to this same place at this time in these circumstances.

The world is full of sadness. The Germans have a wonderful term for people who feel it at all times: weltschmerz. It's pretty. Prettier if you're wired a little wrong and know what it means. But for as big an idea as is encompassed by weltschmerz, it's actually a very small thing. It smothers the peripheral.

The world is full of the impossible, too. The drive home from Telluride is the most beautiful drive in Colorado. You summit a half-dozen passes that will be impassable in a few weeks' time. You roll down the windows and there are smells I associate with grasshoppers and others that are horses and others that are the walk from kindergarten to the student housing my parents stayed in when they were young and in love and I was five in a tiny foothills town that is now unaffordable and swank.

My dad's dead now. It'll be twelve years coming up. Maybe today--I never was any good at anniversaries. He died about a month before my daughter was born. I mourn that more than I do him. I wonder if my daughter would have been a bridge back to my father. I wonder if she isn't anyway.

The drive home from Telluride gives me six hours, almost seven, to reflect. Though the year between festivals gets shorter, the drive stays the same. It puts me right up against the soft envelope of the impossible. I let go of this breath. I see out the corners of my eyes. 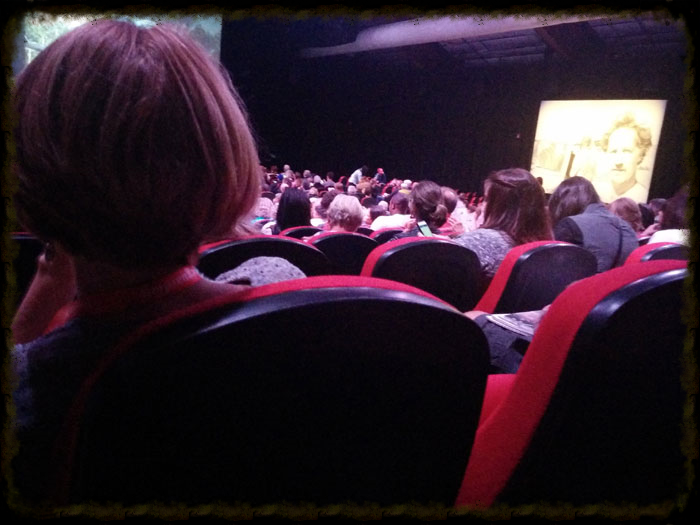