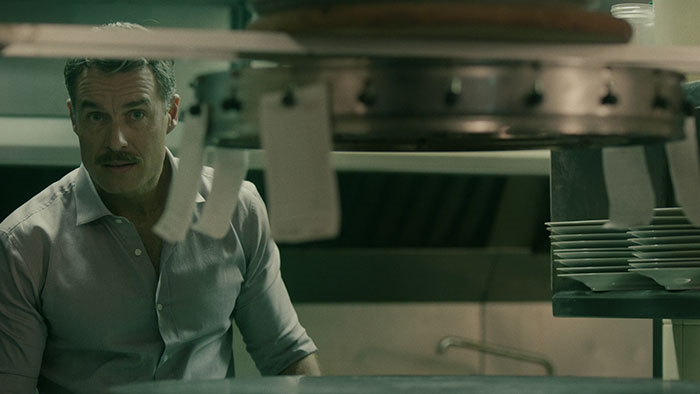 by Jefferson Robbins Not fair to call it a gay "Girls", in part because it dodges the character grotesques of that show in favour of...a less provocative mix of personality types, shall we say. That's a polite way of calling Michael Lannan's HBO dramedy "Looking" boring by comparison--and finally, prettily, boring on its own merits, however better-lensed and more grounded in real personal motivations it might be than Lena Dunham and Judd Apatow's zeitgeister. Handsome gay men abroad in San Francisco's fully actuated sexual culture is a fine launchpad; Lannan and collaborator Andrew Haigh treat their core trio of characters with respect and care; and the cast is all-pro, managing the mini-crises thrown their way as if they actually matter. But while there's no there there in either "Looking" or "Girls", at least the latter goes big and madcap enough to tempt continued viewing; it's not afraid to entertain, or to anger. The curtainfall on "Looking"'s first season incites little hunger for the second.

There's a conservatism at work here, too, which, despite a wide-open sexual milieu for its setting, nudges the involved parties towards the narrowest possible path. Monogamy is held out as both a reward and rewarding; free-range sexual encounters are either unfulfilling or, in the long term, interpersonally unhealthy. Whiteness is default, in a city where whites are less than half the population, although a bit of hay is made of one character's cubano heritage. (This same character dismisses a white friend's potentially rewarding cross-cultural romance as "slumming.") If "Looking" reminds me of anything, it's Jim Fall's 1999 feature Trick, which likewise funnelled its protagonists into monogamy when their instincts trended to casual couplings. I liked Trick a lot, maybe for its absurdist, After Hours gestalt of two people searching nighttime Manhattan for a place to have sex, but its overarching message was pretty undeniable.

In the early going, "Looking's" gorgeous protagonists are best identified by their degrees of facial hair and the banality of their plights. Smooth-cheeked videogame designer Patrick (Jonathan Groff), with his fretful logorrhoea and innate sexual conservatism, is the viewer surrogate: His hang-ups ease a presumably hetero audience through questions of park cruising, analingus, rear entry, "cut" versus "uncut," and leatherwear. Full-bearded Agústin (Frankie J. Alvarez) fancies himself an artist but can't quite produce any work to justify the title. And nearing-forty twink-hunter Dom (Murray Bartlett), a career waiter whose pornstache comes to grow on you after a few episodes, dreams of opening his own restaurant...of course, of course, of course.

These hopes and confusions are commonplace, as are quite a few of the side characters--the ones who exist, particularly in any romcom formulation, to quippily abet or hinder the heroes while displaying no life or insight of their own. Take Dom's former flame, Doris (Lauren Weedman, too good for this), now an obsessively supportive roommate with no visible aspirations or sex life; or Patrick's co­worker, Owen (Andrew Law): the one who rolls his chair across the floor to the other guy's cubicle to critique his OKCupid search. The one whose comments on his own Japanese descent are distinctly a white writer's flourish. You know the type. It gets better, to borrow a phrase: Ann Magnuson, of all goddesses, is here just long enough to get one close-up and disappear, though Scott Bakula, with his endearing, horselike head-tossing, perks the latter part of the season up playing Dom's potential business partner.

As Patrick's paramour Richie, Raúl Castillo is a naturalistic standout. He layers his character's uncertainty--does Patrick love him, or just his exoticism?--with self-protective machismo and unconditional affection. Patrick may struggle, but Richie's the one who hurts. A veteran of Lannan's 2011 short Lorimer, on which "Looking" is based, Castillo has a tested handle on the material. He's this ensemble's actor to watch. On the other end of his partner spectrum, Russell Tovey, as Patrick's boss, Kevin, displays far more sex appeal than BBC America viewers may recall from his role in the original "Being Human". He also manages to come off as more complex--and possibly more predatory--than most of his peers in the cast.

In the matter of sex, as a nonhetero drama "Looking" has the cachet of transgression while steering clear of the actual transgressive part. It's noisy but tidy--there's more frontal directness in "Girls"' straight tableaux, and for that matter more bare asses flapping and more enthusiasm in the act itself. (My sole problem with Groff's performance as Patrick? I don't believe his orgasms.) When Dom beds an online hook-up or Agústin recruits a sex worker in the guise of a "project," the only kink for the cis/het viewer lies in the negotiation, not the consummation, which always goes on somewhere south of the frame. There's a certain softcore appeal to this, because sexiness can be as much about implication as display, and the actors credibly establish intimacies that go beyond intercourse. But a pay-cable series on sexual identity aired in 2014, on the same network where "Game of Thrones" uses fucking as set design, shouldn't have to fig-leaf itself. In the past, where gayness has feared to display flesh, it has always relied on camp, but "Looking" won't even go there. At points, it ridicules camp or any affection for same; the best it attempts on this front is to quote from "The Golden Girls" and appropriate the theme song as its season outro. Again, in 2014. 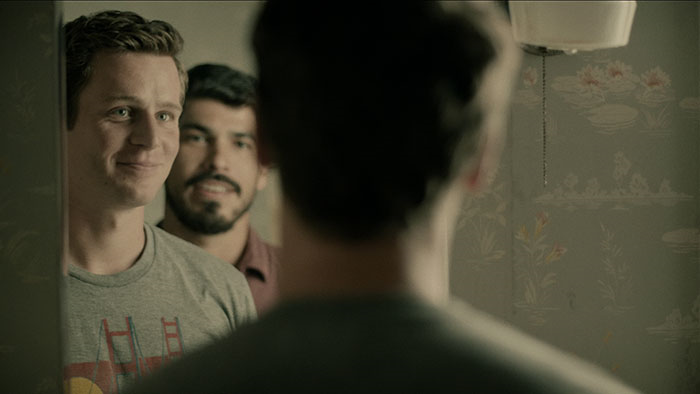 THE BLU-RAY DISC
"Looking"'s first-season Blu-ray release is up to HBO's par, preserving episodes for better study in a 1.78:1, 1080p format. The show's aesthetic, steered by cinematographer Reed Morano (The Skeleton Twins, Frozen River), is clean but muted in colour, with handheld shots that are steadier than the norm and don't call undue attention to themselves. (An exception--and a stupid one--is the seventh-episode decision to shoot Lauren Weedman from behind a post.) This San Francisco is quite bleached-looking, always seeming under threat of rain even on the sunniest days. This feels like a conscious choice, to show the city as its inhabitants come to experience it--the Golden Gate Bridge, for example, is almost never visible for the fog. Always filtered in blue-green, the show develops an aquarium feel, particularly in interior shots. Sensor noise is minimal and fleshtones look natural, although they too begin to feel a tad denatured by the colour process. Like "Girls" a post-mumblecore product, "Looking" invites some intimate, small-scale shooting; scene maven Joe Swanberg applies a distinct depth of field in helming the sixth episode, "Looking in the Mirror," though by that time the theme of "looking"--for love, for a future, for a fellow queer in a roomful of straights--has sort of petered out.

A thing you notice when you pay attention to the soundtrack: There isn't one. "Looking" chooses not to employ non-diegetic music, instead soaking up whatever pop song the characters are hearing in their environment. (For a show intent on avoiding traditionally queer signposts, the inclusion of The Smiths feel baity.) Those selections come through with all the verve that 5.1 DTS-HD Master Audio can offer, as do the relatively few crowd scenes, but when the characters speak, their rapid patter necessarily comes at you clear and distinct through the front channel. The 2-disc set eschews the typical making-of extras, instead overloading the episodes with six commentary tracks--which, despite their bulk, offer very little value. Lannan and Haigh are present for each, along with a selection of cast and crew (Groff is forced to sit in for three of these). I enjoyed Haigh's gripes about being stuffed in a trunk to film a car ride across the bridge from San Francisco to Oakland, and admittedly a first-episode Armistead Maupin joke would've flown past me without the showrunners' hints. Beyond that, I learned everyone working on "Looking" gets along very well, which is nice but not essential to my viewing. Follow Jefferson Robbins on Twitter