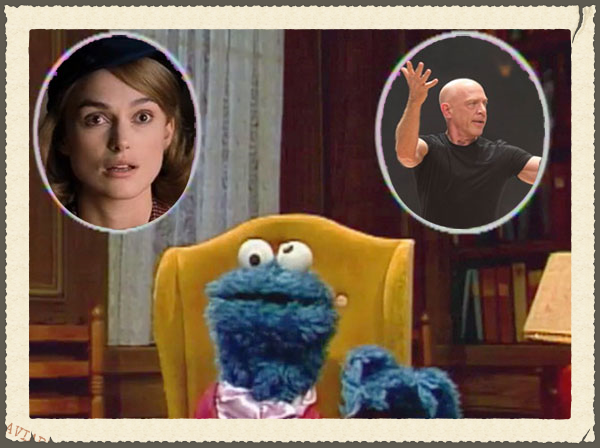 Or: The Unxpected Ignorance of Virtue

Supporting Actor
Robert Duvall in “The Judge” = somehow missed this despite its colossal success
Ethan Hawke in “Boyhood” = yay
Edward Norton in “Birdman or (The Unexpected Virtue of Ignorance)” = barf
Mark Ruffalo in “Foxcatcher” = yay
J.K. Simmons in “Whiplash” = yay

Actress
Marion Cotillard in “Two Days, One Night” = non, je ne regrette rien
Felicity Jones in “The Theory of Everything” = whatevs
Julianne Moore in “Still Alice” = sure
Rosamund Pike in “Gone Girl” = seeing it this weekend, I promise
Reese Witherspoon in “Wild” = okay

Supporting Actress
Patricia Arquette in “Boyhood” = still don't get it
Laura Dern in “Wild” = yay
Keira Knightley in “The Imitation Game” = nice sweaters
Emma Stone in “Birdman or (The Unexpected Virtue of Ignorance)” = love her, but
Meryl Streep in “Into the Woods” = barf

For a full list of the nominees, visit Oscar.go.com.