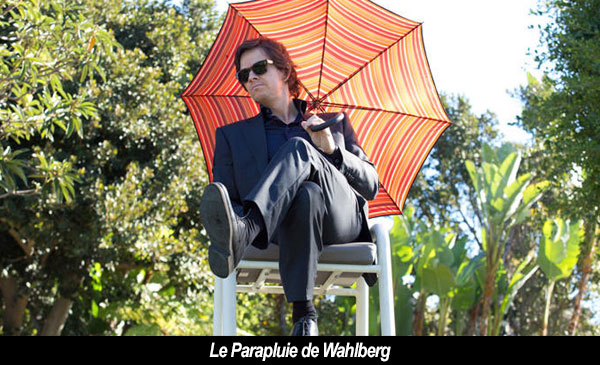 by Angelo Muredda "The only way out is all in," teases the dishonest poster for The Gambler, a safe adaptation of Karel Reisz and James Toback's 1974 original that would surely bore its own hero. It's hard to say who's most at fault for turning Toback's semi-autobiographical moral tale of a failed author turned debt-ridden professor into such easygoing pap--the antithesis of all-in. The contenders run from Toback's own smug paean to male irascibility in the original to Rupert Wyatt's slick commercial style, as forgettable as it is watchable. But it's tempting to put all your money on William Monahan. Oscar-certified out of the gate for The Departed's heavy philosophical nothings and largely unheralded since (except by Ridley Scott apologists), Monahan has apparently had some time to think about what it means for a serious man with serious thoughts to not quite live up to his potential. The Gambler becomes the unwitting dumping ground for all he's learned, a redemptive character study of a shitty guy who accepts congratulations for every last baby step he takes into adulthood.

Taking over from James Caan's more memorably named Axel Freed, Mark Wahlberg plays Jim Bennett, a college lit professor whose great books course seems to boil down to weekly referendums on Shakespeare: Hard Worker or Genius? Save for Amy (Brie Larson), the shy, self-possessed student whose papers are so good they merit a ten-minute lecture on her singularity in a class of dullards (professor included), Jim doesn't seem to have much time for his undergrad charges. His real life happens at night, in the casino Amy coincidentally works at, where he gambles his salary and considerable inheritance away and willingly puts himself in the pocket of toughs like Neville (Michael K. Williams) and Frank (John Goodman).

Wahlberg has always been most alive when playing against type, whether as a trauma sufferer in I ♥ Huckabees or a science teacher in The Happening, but the horn-rimmed glasses aren't enough to pass his bid as a professor who teaches as though he's running an intensive screenwriters' workshop. Yet there's only so much he can do with a character forced to alternate between wildly self-destructive decisions and endless post-mortems of same; the question isn't whether Jim will go clean but why anyone should care. Wahlberg's fine, then, but coasting on the same rumpled charm and bullish intensity that got him through Monahan's tough-guy speeches in The Departed. Unburdened by that harsh spotlight, Goodman and Williams fare better, spiking their glowering existentialist money loaners and debt collectors' limited screen time with the gravitas you tend to get from jobbing character actors in pedigreed adult dramas.

The same rote skill is on display from Wyatt, who coincidentally saved the Planet of the Apes franchise from what Wahlberg wrought and now finds himself in the driver's seat of an easier sell, and not for the best. Though Wyatt brings a certain amount of polish and gusto to what feels like an obvious ploy for genre diversification, one senses he hasn't put all that much at stake in a project that more obviously belongs to its screenwriter and star. His only real identifying marks are enervating, none worse than his insistence on one-upping the thematically on-the-nose soundtrack to Robert Zemeckis's Flight. Consider the embarrassing scene when the disgraced Jim clears out his office to the sounds of the choir-bound "Creep" cover from The Social Network--because he's a creep, see. False as the moment is, however, it's a kick to see Williams's elegant gangster shuffle over to his eclectic record collection to put on Timber Timbre's funereal "Demon Host"--another trailer refugee, this time from Sarah Polley's Stories We Tell. Who knew Omar was so into Toronto freak folk, or Canadian family dramas?

If Wyatt acquits himself well enough when he's not leaning on the jukebox, there's no excusing Monahan's junky text. Mildly diverting and clever at its best, the script at its worst insists on re-staging The Graduate's ostensibly triumphant finale without any of the irony, turning Amy--Jim's student, lest we forget--into a romantic poker chip to be passed across the table. A fair doppelgänger for Toback in his self-assuredness, his penchant for armchair philosophizing, and most of all his toxic masculinity, Monahan differs fatally from his model in his eagerness to please. For all its bark, The Gambler is just a dumb puppy begging for love.