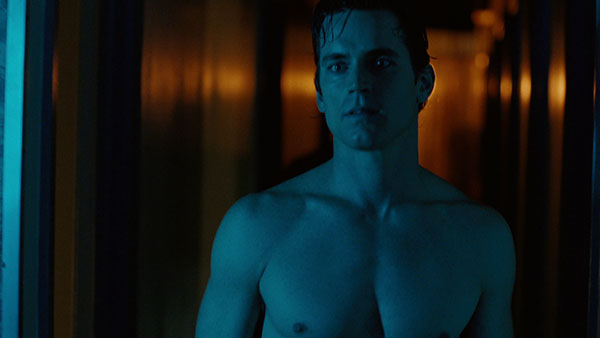 by Bryant Frazer The Normal Heart begins in 1981, as a ferry pulls in to Fire Island Pines, the nexus of social life for well-off gay New Yorkers who prize sunshine and sexual freedom. Stepping off that boat is Ned Weeks (Mark Ruffalo), a writer from New York who seems at once titillated and disturbed by the buff, barely-dressed men suddenly surrounding him. Weeks, it turns out, is a notorious buzzkill. He wrote an infamous novel criticizing promiscuity ("All I said was having so much sex makes finding love impossible," he objects when called on it), and he resists joining the party with his sexually-active friends, instead watching from the sidelines when their dancing gets dirty. Still, he's human, and wanders into the woods in search of more ephemeral--and anonymous--companionship. As he leaves the island, a newspaper headline draws his attention: "Rare Cancer Is Diagnosed in 41 Homosexuals." And so it begins.

Ned is the alter ego of pioneering AIDS activist Larry Kramer, who chronicled the early days of the crisis in The Normal Heart, an autobiographical off-Broadway play that debuted in 1985 with the force of reportage. Nearly thirty years later, Kramer's screen adaptation can't match the urgency of the original production, though it covers the same history: the earliest inklings of tragedy in the gay community as otherwise-healthy men grew weak, developed purple lesions on their bodies, and eventually died of what was then a completely mysterious illness. It depicts Kramer's establishment of Gay Men's Health Crisis, an advocacy group raising funds and awareness of the dire situation, and it shows how a fundamental difference of opinion--Kramer favoured the activist tactics of confrontation and agitation, while his closeted comrades insisted on a more low-key approach--got him drummed out of his own organization, even as he watched his lover waste away from the disease.

Kramer's screenplay is a bit problematic in its relentless self-aggrandizement. It elevates his role to that of fearless, blameless truth-telling crusader in the company of cowards. It doesn't help that Kramer is so preoccupied with the distribution of Important Messages that other characters sometimes feel less like human beings than like mouthpieces for the necessary expression of a given point-of-view. Julia Roberts is cast as the only character perhaps more righteous than Kramer's alter ego--Dr. Emma Brookner, a polio survivor who rails so convincingly from her wheelchair against incompetence and inaction that she convinces Weeks to become an anti-AIDS spokesman.

Interestingly, Kramer gives Brookner the script's juiciest, most misanthropic line: "If having sex can kill you," she asks, "doesn't anyone with half a brain stop fucking?" If you're Larry Kramer, that's a key question. Even if it's true--and it may well be--that Kramer single-handedly led the struggle to fight the disease against staunch resistance from all corners, it's hard not to wonder about the reliability of his narrative, or to figure Ruffalo's performance naturally downplays more abrasive and offensive qualities that may have been genuinely counterproductive. After all, Kramer already had a reputation as a sexual scold in the 1970s. When the AIDS crisis blossomed, it gave him an argument for outright abstinence--but is it surprising that people who knew him well would bristle at that kind of fervour? The Normal Heart sort of shuffles quietly past all that.

Director Ryan Murphy's expansion of the original play bears the burden of its staginess, despite a hyperactive camera that sometimes makes The Normal Heart feel like an episode of "American Horror Story" (this guy can make a scene showing a few men shaking hands feel like a goddamned Tilt-a-Whirl ride, and he seriously overvalues ostentatious overhead shots). But the performances are uniformly on point, and that means a lot, especially since pretty much every major character is tasked with a speech. A couple of them are very moving--Joe Mantello damn near steals the whole show when he breaks down weeping in a fit of despair and self-doubt--and that's because the cast has invested heart and soul in this story. Matt Bomer, playing Weeks's lover Felix, went so far as to drop 40 pounds partway through filming, the type of stunt that isn't really a necessary component of great acting. As long as Murphy shoots the actors documentary-style, letting us just watch their faces, there's a dreadful gravity there. Despite my misgivings, I admit that it all comes together. If it were only an educational tool for young activists it would have real value, and it actually does quite a bit more than that. Kramer's screenplay reveals facets of a genuinely important personal experience with real horror, and Murphy's film captures a suffocating dread at the sudden merging of sex and death at a cruel moment in history--complete with a climactic romantic gesture that finally, heartbreakingly, insists love matters most. 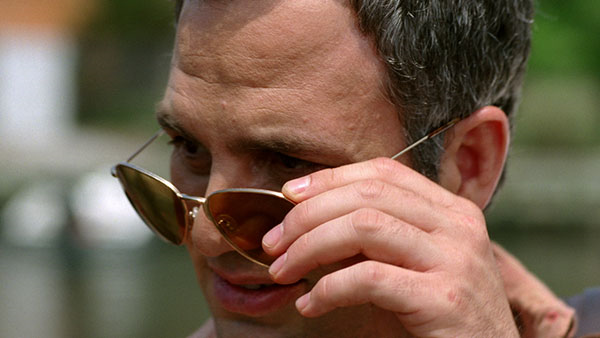 THE BLU-RAY DISC
Shot in 35mm, The Normal Heart gets a lovely Blu-ray transfer with a fine, velvety layer of film grain just visible in most shots. The image is perhaps a teensy bit soft by contemporary standards, but certainly the BD outclasses cable when it comes to reproducing the movie's lush colour palette, which runs the gamut between the straight-up surf-and-sun glow of the early scenes on Fire Island and a cooler, desaturated look in the film's latter half. A flashback set in a bathhouse is saturated orange and teal; a street scene outside a GMHC fundraiser is lit all in blues and purples just because. They all look terrific. The 5.1 DTS-HD MA soundmix is most active when the disco music is pumping, but it's engaged in subtle world-building for the duration, with the surround tracks carrying everything from ambient sound effects in hospital scenes to ringing telephones inside the GMHC offices.

Special features are limited to a single HD featurette, "How to Start a War" (10 mins.), that combines typical EPK contributions from stars Ruffalo, Roberts, Bomer, Mantello, Taylor Kitsch, Alfred Molina, and Jim Parsons and screenwriter Kramer, who probably gets the most screentime. That's right; the director didn't show up. Much more could have been done, but it's a fine, pithy effort as far as it goes, aimed at giving casual viewers crucial background info as quickly as possible. 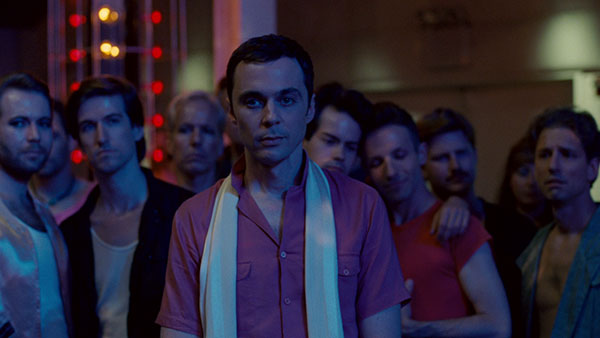