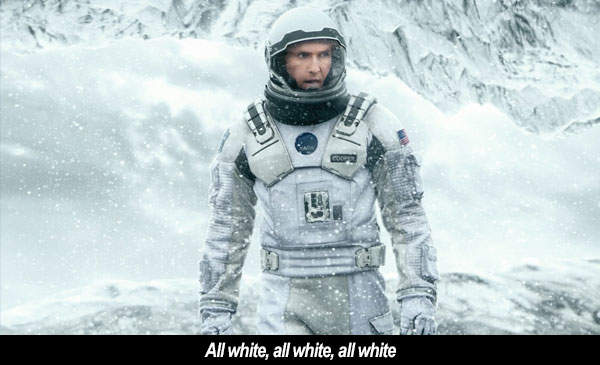 by Walter Chaw When my wife was pregnant with my daughter, we thought she would miscarry. We'd been through several miscarriages already; the doctors weren't optimistic. I don't know why we agreed to risk it again, the crippling grief and unrecoverable loss. We told ourselves that if we couldn't carry this last child to term, we'd console ourselves with a long vacation, the two of us. The appointment with the doctor the day we were to learn the timing of our misfortune, he found a heartbeat, and we held our breath for the next seven months, through a difficult pregnancy and birth, until she was here. My daughter turned 11 last week and she's perfect. Her brother is 8, and he's perfect, too. I spent the first several months with my daughter as her primary caregiver; I was teaching and writing and my wife was making our living, and I have a relationship with my daughter unusual for it, I think. I look back and it's not her birth that was miraculous--as miracles go, that one happens a few hundred thousand times a day. No, the miracle is what I suddenly understood about the world now that I was the happy accessory to someone else's happiness and security.

Cooper (Matthew McConaughey), modelled in appearance and performance after Sam Shepard's portrayal of Chuck Yeager, is an astronaut forced by Republican climate-change deniers and textbook manglers into a life of farming as an apocalyptic dust bowl looms. "That's the last harvest of okra. EVER," emotes Cooper's father-in-law Donald (John Lithgow), leading to a slightly amusing moment where a family is shown enjoying a meal of corn prepared three ways. The Earth is dying, see, and NASA, now a secret society led by Professor Brand (Nolan fave Michael Caine), forced literally underground by anti-intellectualism, has a plan for ex-flyboy Cooper to travel via wormhole to find Earthlings a new place to take for granted. Less 2001 than The Right Stuff without any hint of a sense of humour or joy, Interstellar is really about the relationship between Cooper and the daughter, suddenly-grown (thanks a pantload, Einstein) Murph (Jessica Chastain), he's left behind. It states, directly on the nose and more than once, that the love between a father and daughter literally transcends space and time. Who knew that that corn dinner would be a pretty apt description of the film itself?

Interstellar is sloppy in a bad way: poorly-written, overly-earnest, schmaltzy, of that particular variety of American determinism that does, and should, make everyone a little uncomfortable. Because for all that bloat, all the whiz-bang, that tattered American flag flying proud over an alien colony, it is in fact only a love letter to the relationship between fathers and daughters. The picture doesn't seem to know what it's doing when it's tooling around with Arthur C. Clarke-cum-Joe Haldeman's "hard" sci-fi, dealing with but not quite explaining Relativity, skirting the biggest hows and whys to get to the idea at its middle that if gravity and time are forces immeasurable and largely inexplicable, then so, too, is love. Cringe-worthy, it's true, but just as Field of Dreams finds a way through its mess of cornfields and ghost doctors to locate a hard emotional truth about fathers and sons, Interstellar navigates its way through four-too-many readings of Dylan Thomas to speak true to exactly whatever it is about fathers and daughters. That it still works, given that it has all the failings of Christopher Nolan's other dabble into dour metaphysics, Inception (and steals a few images from it, to boot), is testament to the absolute hubris it takes to create so elaborate, so expensive a universe to address so essential an archetype. Damned if it doesn't actually do the subject some justice through its scale and unapologetic sense of wonder and discovery. It's a fairly shitty science-fiction movie, but as a metaphor for love it's kind of great.

Anne Hathaway in a pixie-cut has not much to do as astronaut Brand but does it well, while Matt Damon practices his role in the upcoming adaptation of The Martian as a guy, eventually devolved into a third-act plot point, who's spent too much time by himself. A pair of cool robots are meant as comic relief, I think, in a Silent Running sort of way, but serve mainly to prove that Nolan isn't even rudimentarily funny; and a cameo by Casey Affleck confirms that he's a tremendous actor of real range, if incapable of transcending a distracting call-out to his role as the coward Robert Ford in naming his movie baby "Jesse." Interstellar has no big ideas, but it's ambitious. It has nothing original to say, but it goes all-in on saying it. It's grand, epic; a late-film sequence that visually literalizes a fifth dimension is one of those things that anime tries sometimes (maybe something by Satoshi Kon), and its only purpose is to illustrate the lengths to which a father will go, at his terminus, to find his children. There's something Douglas Adams in that and, like the best of Adams's work, Interstellar's not so much about the science-fiction, either, as it is about flying by falling and missing the ground. It's a mess, indefensible and ridiculous--and it reminded me of my little girl and how when I'm with my kids, no expression of affection is too large or embarrassing. I loved it.