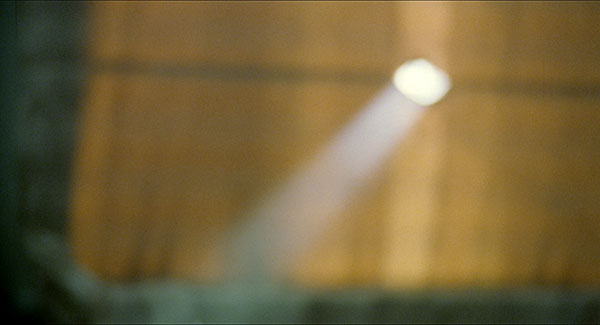 by Walter Chaw A rather astonishing feature debut, Erik Skjoldbjærg's Insomnia is dour, surreal, nihilistic, and steadfast in its theme of masculine self-reflection. It's as slippery to pin down and single-mindedly purposeful as its protagonist--a procedural only inasmuch as Oedipus Rex is a procedural. It's a work of Expressionism, in other words: its exteriors are projections of its interiors in all their canted, perverse, blighted ugliness. An essential misnomer to call it a "noir," Insomnia in its best moments is an absurdist nightmare that pinions male behaviour as these constant vacillations between violence and frailty. (This choice to discuss the world in terms of gender relationships is likely why it's considered a noir at all.) It's the movie that brought Swedish actor Stellan Skarsgård to international prominence via a role that suggested a departure, hot on the heels of Breaking the Waves, though a quick peek at his earliest work (especially Zero Kelvin) hints at the volatility of Insomnia's Det. Engstrom. He's the centre of a dark universe. Setting the film in a place above the Arctic Circle where the sun doesn't set has the interesting effect of lighting Engstrom, as he commits his many black deeds, like a particularly ill patient in a doctor's examining room.

Swedish Engstrom is a fish-out-of-water, relocated to Norway and its "Kripos" police investigative service after leaving the Swedish police corps in disgrace over a sexual-misconduct kerfuffle. It's an indiscretion that resurfaces--in a hallucination, perhaps (it's not certain)--when he drives a young witness across town and runs his hand up her thigh. Insomnia is about things below the surface and things emerging--"liminal" in the sense that everything is seems, everything is in a state of flux. Engstrom's partner, Vik (Sverre Anker Ousdal), is a representative of liminal spaces: his memory is failing, he tells Engstrom; he gets confused. Instructed to run in one direction, Vik circles back the other way, and in the fog during a failed ambush on the killer of a teenage girl, Engstrom shoots Vik by mistake. Because Insomnia is the kind of movie it is, the ensuing plot is more about his subsequent efforts to conceal this error than it is about any attempt to track the killer. The identity of the murderer, see, mystery novelist Jon (Bjørn Floberg), is never in doubt, and Jon's developing interest in Engstrom is most closely allied with that of Norwegian police officer Hilde (Gisken Armand), since both want to know why it is that Engstrom can't sleep, and how long he can possibly persist in delirium.

Insomnia is disconcerting, often existentially so. Engstrom is deeply unlikeable, essentially irredeemable. His motives don't make much literal sense, but the film strips the need for explication, landing his actions in base drives and urges. He interprets a comely landlady's attention as a come-on, and a scene that would be seduction in another movie becomes an attempted rape in this one. The picture lives in a place where it's impossible to separate desire from civilisation. Engstrom is a wolf, and his sheep's clothing is slipping. Better, read Insomnia as a dark adaptation of Robert Heinlein's Stranger in a Strange Land: an alien expatriate trying to teach the concept of God to the natives. Described as a spiral, the key moment of the film arrives at a dock with a suddenness the more brutal for its lack of adornment. When Engstrom looks over a rail into a frozen lake, it has about it the quality of dreaming. Engstrom is despicable, it's true, but it's never clear that he's done the things--at least all the things--he fantasizes doing (if they're fantasies). He's a hero of the Id. When Hilde leaves a shell casing on his bedside table, the one stashed beneath the window he's tried for the entire film, unsuccessfully, to cover up, it's a totem from his unconscious, and we look at it as he looks at it: as evidence that the things we try to drown resurface in time. Insomnia is a masterpiece of unease and illness, the more so because the terminal sickness it describes is a universal condition. 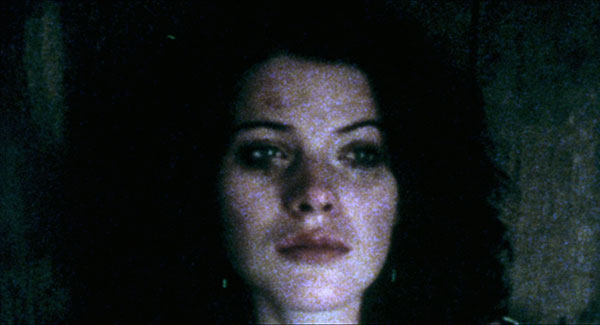 THE BLU-RAY DISC
Insomnia lands on next-gen in an impressive 1.85:1, 1080p transfer taken from a 4K scan of the 35mm negative. Any problems with Criterion's DVD transfer are solved by this Blu-ray upgrade: Colour is still washed-out but a truer washed-out that seems purposeful rather than the product of sloth or inferior technology, while dynamic range is radically improved in the midtones, with daylight often adding a milky texture to the image. Film grain has been preserved with integrity. Unpacking to four-channel surround, the accompanying 2.0 DTS-HD MA track is likewise accomplished. This is not a showy mix but the care lavished on it is obvious in lossless audio. In several dialogue-free sequences, foley and sound design carry the story, and they're fantastically realized on this platform.

Skarsgård conducts a new, exclusive-to-Criterion, English-language interview (21 mins., HD) with Skjoldbjærg, the two of them sitting in a small room across from each other. It's delightful. Watch for the moment where Skarsgård tells Skjoldbjærg that the screenplay for Insomnia was shitty but there was something about the character he really liked. The frozen look on the filmmaker's face? Priceless. I like Skjoldbjærg's stated influences of Francis Ford Coppola and, especially, Nicolas Roeg, although I had a hard time kenning either in his work. Perhaps a bit of Roeg's hyper/surrealism? It's a stretch. A lot is revealed about Skarsgård's working methods, and it's clear by the end that the two men are aware from their current vantage that with Insomnia they started something of a sub-genre. Let the Right One In is invoked.

Two of Skjoldbjærg's pre-Insomnia shorts are included on the disc, mastered in 1080p. 1993's Near Winter (Vinterveien) (31 mins.) parallels a family falling into dysfunction with chilly aquatic tableaux. A canoe cuts a clean wake through a crisp mountain lake, then Skjoldbjærg jump-cuts to the same boat framed in a "V" between two rock walls. Subtle it ain't. Arguably, it's not even very good. Close to Home (1994, 36 mins.) follows the plight of a lonesome man who plays the hero one night only to be accused of rape the next day. The rest is a procedural of sorts as he's hounded by a pair of taciturn cops. Close to Home is perfectly workmanlike and does present a nice, ambiguous hero beset by his urges, but it hardly demonstrates that Skjoldbjærg had something like Insomnia in him; a couple of spinning tracking shots pursue artfulness but actually come off as self-consciously arty. British actor Bruce Alexander is fantastic, however--perhaps an ability to elicit strong performances is Skjoldbjærg's claim to fame. A Norwegian trailer for Insomnia, in HiDef, rounds out the extras. Jonathan Romney pens the Criterion insert essay this time around. It's nothing terribly special, going over the main points of the film along with the strangeness of shooting a noir in bright light. It's fine. 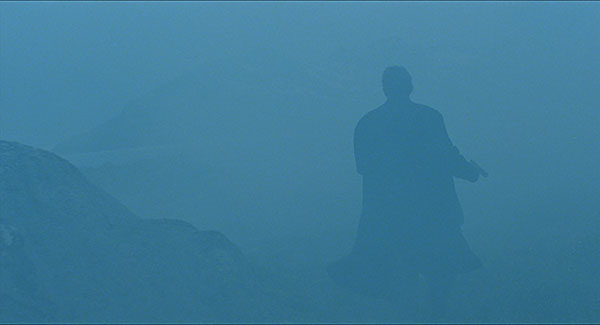