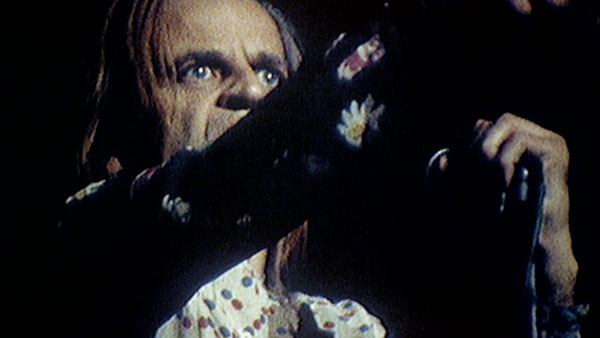 by Walter Chaw My Best Fiend is Werner Herzog trying to dispel some of the myths surrounding his career by magnifying a few of the myths surrounding Klaus Kinski's. As such, it feels a lot more like a cheap shot than like a tribute, burying as it does Kinski's indisputable genius beneath a lot of documentary evidence that Kinski was a slavering lunatic. And though Herzog betrays a definite affection for Kinski (nowhere more so than in a hilarious/warm reminiscence offered to the very proper German couple living in the apartment once shared by the director and actor), more often the piece is given to obfuscating outtakes and anecdotes. Consider the eclipsing impact that B-roll footage of a raving Kinski on the set of Aguirre, The Wrath of God and Herzog's comments about the natives offering to kill the actor for him have on Kinski's astonishingly reserved, haunted performance in the film. If you've never seen Aguirre, you'd think that Kinski was awful in it--and if you have seen Aguirre, your mind begins to blur what's actually on the screen. It's subtle, but it starts to resemble a snowjob akin to the belief, held by most (even those who've seen the films), that Halloween and The Texas Chain Saw Massacre are splatter flicks, when in fact there's more blood in Psycho than in those two films combined.

While there seems to be a consensus that Kinski was insane, there's also little argument that Herzog at his most productive was very likely insane, too. This collision of two madmen is only interesting because the art they created over the course of five films is, at times, as brilliant as cinema has ever been. There's more lore about Kinski and Herzog, in fact, than there is about possibly any other director/actor combination in history--the rumour that Herzog directed Kinski from behind the camera with a rifle trained on him being the one with the most longevity. (Herzog has always vehemently denied this accusation, though he does admit to threatening Kinski with summary execution and vice versa.) The phenomenon to which My Best Fiend most owes its existence is the modern pestilence of box-office-watching (and, by extension, celebrity transparency); it's the sickness that suggests the reason Gigli and Jersey Girl failed had everything to do with the overexposure of Ben Affleck/Jennifer Lopez and, further, the attendant sickness that such a suggestion might be right. My Best Fiend is Herzog exhibiting the kind of intellectualizing of his work that has led to a steady decline of same, and as his career has to some extent been in the service of muddying the distinction between feature and documentary filmmaking, My Best Fiend, at its worst moments, feels like a self-loathing attack on itself.

THE DVD
Anchor Bay presents My Best Fiend in a fine-looking 1.77:1 anamorphic widescreen transfer on a DVD sold individually or as part of the company's indispensable Herzog/Kinski box set. The mix of archival and new footage creates surprisingly few problems for either the video or the Dolby Surround soundtrack, although the latter is generally inexpressive. A theatrical trailer rounds out the presentation. Originally published: June 29, 2005. 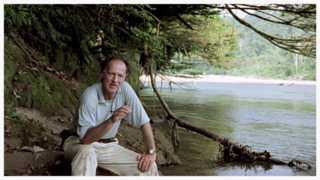 THE BLU-RAY DISC
by Bill Chambers My Best Fiend lands on Blu-ray as part of Shout! Factory's "Herzog: The Collection" in a perfectly-adequate 1.78:1, 1080p transfer. (The aspect ratio actually shifts between 1.78:1 and pillarboxed 1.33:1 depending on the dimensions of an archival clip.) The "new" footage, now fifteen years old, often has the softness, flatness, and granola grain of 16mm, although the IMDb claims this material was shot in 35mm. Judging by the excerpts from Herzog's Kinski films, many of which rival the HD picture quality of the transfers in this box set (with Nosferatu the Vampyre looking better than it does on its dedicated Blu-ray Disc), I'd say this is a high-fidelity presentation of the patchwork source. Sound is functional 2.0 DTS-HD MA (stereo)--choosing English over German finds Herzog dubbing over his own dialogue, which subtitle-phobes and his Internet public might appreciate though I found largely superfluous. My Best Fiend's theatrical trailer, in 1080p, caps things off.