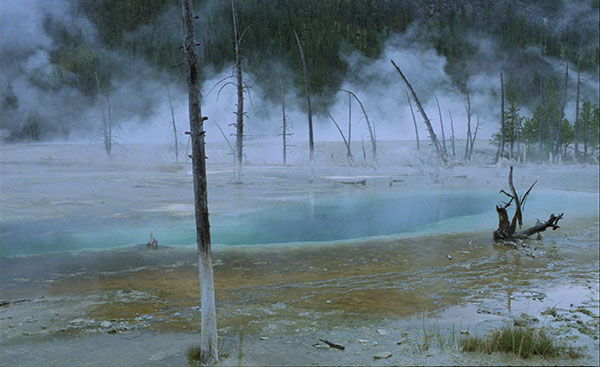 by Walter Chaw Hias (Josef Bierbichler) is a shepherd and a prophet, and his pronouncements pepper Heart of Glass like edicts from God. He defines the structure, in so much as there is one, of a picture that drifts in tone between Werner Herzog's nightmarish, nostalgic Bavarian romanticism and a certain variety of gothic surrealism. Indeed, Heart of Glass, while hewing close to Herzog's themes of the insufficiency of myth as a means to obscure truths about horror and beauty as well as of the artist as solitary, Byronic voyager, appears to be Herzog's play at the stylization of Buñuel. After an aged glassblower dies in a small village, the out-of-time surviving villagers, reliant on the "ruby glass" that was the artisan's specialty, spend the balance of the piece spiralling in a maddening gyre to divine the secret of the formula. Like Aguirre: The Wrath of God, the story behind the scenes--that Herzog hypnotized his cast daily to create a trancelike (glassy-eyed, if you will) mien--has become almost better-known than the details of the film itself.

There is no other film in Herzog's library the equal of Heart of Glass in terms of visual poetry. The whole thing looks like a Caspar David Frederich painting come to life, complete with a surface realism imbued with dual meanings and piquant social commentary. The performances are appropriately ethereal, as elastic and obscure in their gibbering, faraway manner as the mysterious process of glassblowing itself. Though it's been labelled as the filmmaker's most impenetrable work, I'd offer that it's a crystal-clear representation of Herzog's belief that art is first ineffable, then essential, then fickle--that the pursuit of the muse is, in a Modernist sense (and the Romanticists are the wellspring for the Modernists), the only possible solution to the schism in us separating the things of Nature from the things of Man. (The artist as the bridge connecting the head in ascendance and the heart of glass, in other words.) Robbed of their creative outlet, the villagers of Herzog's black fable fly apart into murder, despair, and derangement, and nothing--not prophecy, not fanaticism, not even the right reason of logic and pragmatism--can save them from the dark night encroaching.

THE DVD
Anchor Bay outdoes itself in a difficult project that required at least a wave at consistency in representing a source print composed of stocks of varying levels of quality. The telecine operators seem to have erred on the side of "creamy," bringing the clarity to a similar softness that honours Herzog's idea of a Frederich-like "wanderer in the clouds." The 1.66 anamorphic widescreen transfer is, then, wholly at the service of the film, which is as it should be, while the German DD 2.0 mono audio is similarly fulsome, replicating Popol Vuh's hallucinogenic score with fidelity. A commentary track featuring Herzog and Norman Hill goes over the particulars of the shoot but, more so than do prior Herzog/Hill commentaries, lapses into silence and occasional bouts of self-congratulation ("Yes, that's very beautiful"). It's notable, because although Heart of Glass is a picture that demands dissection, it discourages it, too, by dint of its unique--hypnotic--quality. Anchor Bay's typically excellent all-text production notes, a Herzog bio, and an obscure theatrical trailer that functions, in a rare moment, as a true supplement to the feature, round out the disc. Originally published: May 4, 2005.

THE BLU-RAY DISC
by Bill Chambers Shout! Factory's 1.66:1, 1080p Blu-ray presentation of Heart of Glass more or less perfects that "creamy" look Walter describes while still suffering from a few inserts, mostly early on, that really couldn't be worse. From the superimposed crease patterns and dim, degraded image during these shots, I have to assume they were captured by pointing a camera at or through a screen at an actual projection--perhaps of a workprint, which would account for the minor but consistent wear-and-tear on the print itself, as well as its obvious generational distance from the negative. Were shots lost, and this the only way to replace them?

No matter, the bulk has a daisy-freshness, though the film grain's appearance is a bit too scrubbed at times; dynamic range is ideal--the narrow, painterly contrasts are chemical in nature, not a digital artifact. A warm palette dominated by earth tones but accented, of course, with ruby reds, is exquisitely rendered. The attendant 2.0 DTS-HD MA track is impressively full for a monophonic mix, and responds well to amplification. Returning from the DVD is Herzog's commentary with Norman Hill, while a HiDef reconstruction of the theatrical trailer rounds out the platter. 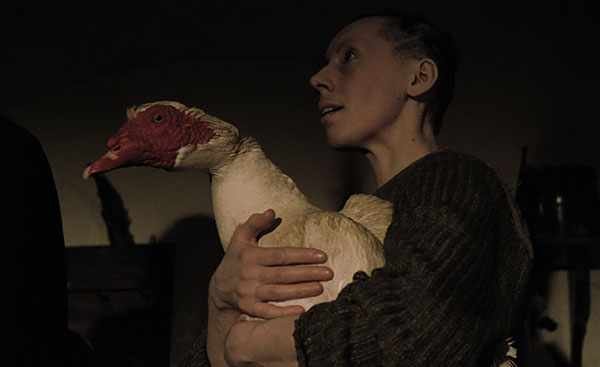