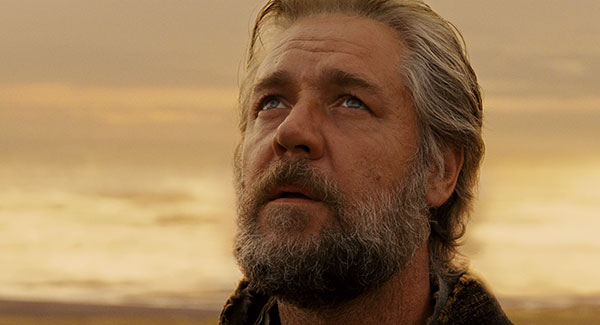 by Walter Chaw Unapologetic, curious, atavistic in its single-mindedness and simplicity, Darren Aronofsky's Noah is more impactful in the rearview than in the moment. It's got a hell of a wake. The film is beautiful to look at, it almost goes without saying--as grand and ambitious as its ideas, with one sequence depicting what appears to be the case for intelligent design. It's truly audacious. In many ways the movie The Fountain wanted to be in terms of scale (and featuring another Clint Mansell score that sounds every bit like a continuation of themes), Noah is a deeply insane interpretation of one of the Bible's briefest (essentially Genesis 5:32-10:1), most contentious, most instantly-relatable and hence most-beloved of all Old Testament stories. I can only speculate what the Christian response will be (somewhere between mine and Glenn Beck's assignation of it as the "Babylonian Chainsaw Massacre" is my guess), but for an atheist who counts many strong Christians among his friends, this interpretation is full of the menace and wonder that scripture must hold for the devout. It's a stirring creation mythology in that it makes no bones about the interference in the affairs of men by a vengeful God. Likewise, it makes no apologies for the atrocities it represents in its visions of suffering and sin. (I can only imagine what Aronofsky's Sodom would look like.) Noah even finds time for a dialogue about religious fundamentalism and what happens when absolute faith becomes rationale for atrocity. It's a story about the annihilation of 99.9% of human life on the planet that's ultimately about the value of compassion, and it's a critical read of divine texts that skew in that direction. After a series of films attempting to explain the ways of the divine to the mundane, here's hoping for an Aronofsky adaptation at last of "Paradise Lost": a most comfortable marriage of material and artist.

Until then, we have Noah, the tale of the titular vegan peacenik, raising his sons in subsistence peace, sandwiched between two blasted wastelands: one the product of human industry run amuck, the other the product of the never-named Nephilim (Gen 6:1-4)--fallen angels in this conception, crusted with rock as Greek punishment for their betrayal of Heaven. It's never mentioned that Noah is a Yoda-like 600, but his grandfather Methuselah (Anthony Hopkins) makes a typical Anthony Hopkins cameo as the wise old man in the mountains from whom Noah receives a seed from Eden with which to begin his holy mission. One of the foundational stories in Western mythology, Noah's Ark is also one of the most easily commodified, given the endless toy opportunities in boats and animals. It puts the "fun" in global environmental apocalypse. Most of the North American audience will therefore have a passing familiarity with how Noah loads his giant boat with two of each animal in preparation for a giant storm that will flood the entire surface of the Earth, killing everything on it that breathes air, except for the people on the Ark. Aronofsky deviates from the Bible in that of Noah's three sons, only eldest Shem (Douglas Booth) has a wife (Ila (Emma Watson, awful again))--creating tension when middle child Ham (Logan Lerman) desires a wife of his own and picks up a surrogate dad in evil Cain descendant Tubal-cain (Ray Winstone). Yes, in a film with an apocalypse, lots of suggested incest, rock-angels performing the Ent function, and a mostly-absent God who's a real psychopath, there's a human villain in a classic disgusting/menacing Winstone performance. It's too bad.

What's not too bad are the risks Noah is willing to take in terms of its theology and characterization of Noah as both a prophet who luckily interprets his dreams the right way, and a madman who might slaughter his entire family because of the fervour of his faith. The Old Testament has a few stories like this (our day-to-day has a few more)--they almost never end the way we hope they will. In Noah's most powerful scene, Noah's family pleads with him to allow more people on the boat. They can hear their lamentations through the hull of the ship, leading to an archetypal image of penitents marooned on a rock spire, lashed by rain and waves. In another indelible moment, a young woman (Madison Davenport) Ham has chosen becomes subject to God's greater plan...or does she? The fascination of the film is that it's never completely clear what it is that God wants or, indeed, has communicated. The question is asked more than once if Noah's sure. Then, when the bad thing happens, he's tortured by the thought that when God said everybody dies, he meant everybody dies. The Bible story's epilogue concerning Noah's late career as a vintner is explained then as nepenthe for the choices he's had to make in the name of the Lord--and it smartly elides the bit where Noah curses poor Ham's legacy, choosing instead to allow him a moment's grace in understanding his son's pain. It's lovely. Noah is best when it's about human frailty--Noah's, but also the rest of the slavering horde, revealed as not one evil mass, but rather victimizers and victims caught in unbreakable cycles of opportunism and grief.

Drawing analogies to our current state is inevitable: Noah is an eco-horror film; a passion play; an examination of responsibility to the self, to the family, to higher callings of faith. It's about finding occupation, finding a family; about whether or not an individual has a more compelling reason for existence than survival, and if so, if that reason involves making decisions that harm others for the sake of a closely-held belief. Squint a little, and there's even a case to be made here for creating art--for the idea that introducing objects into the world has function and value. This is Russell Crowe's best performance since his last maritime turn in Master and Commander, allowing him the full range of his intelligence and virility and, there at the fringes, real vulnerability and doubt. Jennifer Connelly is fine as his long-suffering wife, Naameh, who's given the film's best monologue in her warning to Noah that some things are not forgivable. I call out that moment in particular because for a non-Christian, much of the stuff God does in the Old Testament is just that, and all the apologies paid on His behalf for them sound to my ears inexplicable, even pathetic. I know the reverse is true.

What's interesting about Noah, then, is that I anticipated it the most of any 2014 release, because of the great unknown it represented. It delivers by being impossible to pin down, doomed to be worried over by people on every side of the divide. I choose at the end to view it as a courageous attempt to ask big questions through the filter of human evidence. Not pieces of petrified wood found on Mt. Ararat, no--evidence in the sense that human behaviours must at some level be a testament to divinity. I choose at the end to see Noah's choices as a reflection that if there is a God, it's the fact that doing something nice for someone gives you a chemical reward. That there is such a thing in fact as feeling helpless love for another person and we can prove it through science. That there's common ground there between Creationsim and evolutionary science--and it's here in this adaptation, this hard evidence of grace. Originally published: March 28, 2014. 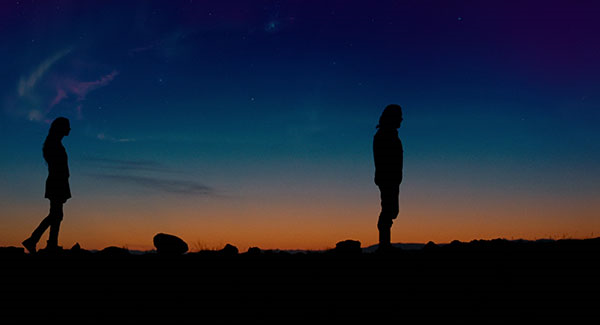 THE BLU-RAY DISC
Paramount brings Noah to Blu-ray in a stunning 1.85:1, 1080p transfer that renewed my faith in the format. Bringing into crisp relief every cragged rock face (but enough about Russell Crowe and Anthony Hopkins) while lending tactile interest to the Flintstones costuming and ashy landscapes, the finely-detailed image has a depth of contrast that all but instantly betrays the picture's 35mm origins. Digital effects are comparatively soft yet suitably glassy and well-integrated with grain that has been reduced, but not demolished, at the DI stage. And though the movie has a drab palette, it's vividly presented. The attendant 7.1 DTS-HD MA track is rich in cat-scaring bass; as delivered in lossless audio, the mix is nearly always dancing with activity but subtly so, before and after the deluge. Dynamic range is near-phenomenal and dialogue, music, and effects are counterbalanced with precision, never collapsing into white noise.

Three handsome featurettes (one can see the shadow cast by a drone-mounted camera during aerial views of the Ark-in-progress) constitute an hour-long making-of. "Iceland: Extreme Beauty" (21 mins., HD) is not unlike a similar "when-in-Iceland" segment on the Oblivion Blu-ray, but these supplements are blessed by the participation of DP Matthew Libatique, who illuminates, for example and no pun intended, the challenges of maintaining lighting continuity in a place where the clouds go in multiple directions at once. Iceland was chosen because it was the "newest" country and could therefore convincingly play the "oldest" country; with me? "The Ark Exterior: A Battle for 300 Cubists" (20 mins., HD) finds the production relocating to Oyster Bay, Long Island, where the "brutalist" Ark provided an organic backdrop for the big siege set-piece. (Which Libatique shot "night for day," lighting it with massive balloons.) Of interest is a candid moment with a cynical Darren Aronofsky, who talks about losing "precision" on big films and how studios might consider that a good thing because it leads to more conventional coverage. Aronofsky also trots out the seventh-grade teacher, Miss Vera Fried, who put him on track to becoming a writer. She barely remembers him but admits to feeling validated by his success.

Lastly, "The Ark Interior: Animals Two by Two" (20 mins., HD) takes an unexpected detour from the usual time-lapse building of the set (in New York's Marcy Armory) and shell-shocked soundbites from Libatique (who had to talk himself into throwing light on his actors that had no logical source) to ponder the psychological ramifications of Noah's God-given task that were glossed over in the Bible. Co-screenwriter Ari Handel seems deeply invested in his version of the myth, and I must praise director Niko Tavernise for crafting something a little more wonkish and contemplative than your average promotional ephemera with these documentaries. He's certainly no Bouzereau, thank goodness. Naturally, the Noah Blu-ray includes DVD and downloadable copies of the film. 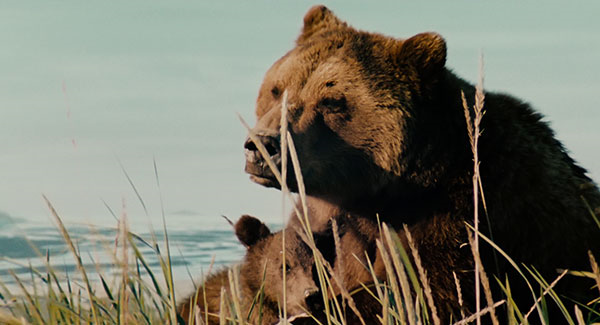