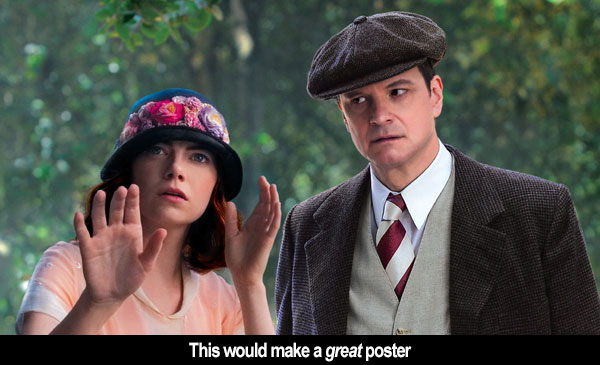 by Angelo Muredda There's a scene late in Woody Allen's mostly forgotten You Will Meet a Tall Dark Stranger that briefly complicates its status as one of the prolific filmmaker's lighter doodles. Swept away by her feelings for her boss (Antonio Banderas), Naomi Watts's normally buttoned-up Sally takes a chance and confesses. In turn, she is swiftly rejected, and summarily dismissed as a partner, a colleague, and a person in one cruel wave of the arm. It's a scene Allen has indulged in before: he's always liked to see his onscreen women suffer a little, whether in Isaac's callous it's-not-me-it's-you dumping of Tracy (Mariel Hemingway) in Manhattan or the unceremonious jilting of poor Cecilia (Mia Farrow) in The Purple Rose of Cairo. But it's a sharp sting in a film as innocuous as Stranger, a reminder that for all the comforts of settling into his aesthetic of Windsor typeface and big-band music, Allen is not an especially warm filmmaker, not even in his comedies. Even with that in mind, his newest, Magic in the Moonlight, is an especially baffling thing--a dry, mean-spirited essay about that old romantic-comedy staple: the inevitability of death and decay.

Colin Firth rather joylessly plays Stanley, an English illusionist rustled from his grossly Orientalist act in 1920s Berlin by his old friend and sometimes competitor Howard (Simon McBurney). Against his better judgment and intimate knowledge of the art, Howard has just been successfully hoodwinked by a young American clairvoyant named Sophie (Emma Stone). Embarrassed by how easily he became a mark, Howard handpicks Stanley, ever the skeptic, to follow him back to the French Riviera to expose her dirty tricks, before the family of blue-hairs she's played like a fiddle marry her off to their smitten young son, Brice (Hamish Linklater). And so the impossibly sour Stanley finds a lot to like in the possibly-phoney mystic's routine (call it the Emma Stone Effect) and momentarily comes to believe in that most elusive thing--magic--that he supposedly practices.

As Allen surrogates go, Firth is somewhere in the bottom tier, just above Larry David. It takes a whimsical performer to counterbalance his scripts' unceasing misanthropy, and Firth hasn't quite got the light touch to pull it off. Nor has Allen done him any favours by directing the bulk of Stanley's hateful screeds about humanity's bottomless capacity to be hoodwinked by the twin demons of love and religion towards Sophie. It's bad enough that Stone is directed to play quiet and poised against Firth's fatuous bluster in what is obviously meant to be an opposites-attract sort of narrative: one rarely roots for an angry older fellow to realize he's actually in love with the perfectly even-tempered young woman at whom he hurls constant abuse. What's worse is that the content of his rants is so warmed-over--more curdled and less geographically specific versions of Isaac's spiels in Manhattan, full of idiosyncratic and frankly meaningless insults about how of course Sophie isn't up on her Nietzsche.

As lazy as Magic in the Moonlight is, though, it's easy to develop a mild rooting interest in its off-kilter pacing and curmudgeonly temperament. It helps that Allen has once again enlisted Darius Khondji as his DP, fresh off his stunning closing shot in The Immigrant. For such a sketchily-conceived plot, the film is arguably Allen's best-designed of late, visually: everything from Stanley's odd introduction to the French Riviera, in a long take that tracks his linear progress through a garden, to a dim séance with a touch of the supernatural about it, feels conspicuously well-crafted, perhaps in honour of its subject of professional fakers with well-greased routines. Before it dissolves into the usual Allen shtick about the impossibility of denying one's great, irrational passions--cheapened by the almost total absence of chemistry between Firth and Stone--the film is also refreshingly committed to its bad ideas, doubling down on Stanley's cynicism in a single-take confessional that pivots in a second from a coming-to-light moment to a burned atheist's angry manifesto. Such is the legacy of late-period Woody Allen, perhaps: more or less disposable films with odd, lingering afterimages.