Like Someone in Love (2012) [The Criterion Collection] - Dual-Format Edition 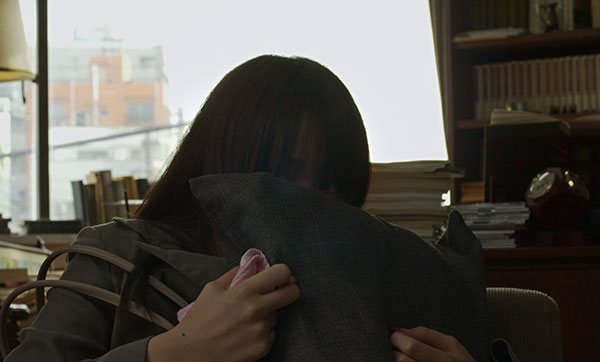 by Angelo Muredda Few filmmakers know how to put you on your guard from the first frame as effectively as Abbas Kiarostami. It's clear enough that Like Someone in Love opens in a bar in Tokyo, but it's harder to say at first what we're looking at and why. The closest voice we hear belongs to the off-camera Akiko (Rin Takanashi), a young woman who's a little too preoccupied with lying her way out of a hostile phone conversation to process the flat image of well-dressed young revellers in front of her. Whether she's our lead takes a couple of false tries to figure out. Our first candidate is a redhead around her age, sitting at a table off to the side until she suddenly relocates to an empty seat in the foreground, coaching Akiko through the rest of her call until she relinquishes her spot moments later to a fortysomething man who speaks to both women with first the familiarity of a parent, then the condescension of a high-end pimp directing his employees. Somewhere in-between these encounters, we briefly lose track of who's even doing the looking. Akiko waltzes into our field of vision on the way to the bathroom, the camera fixed at where her eyeline used to be after she's vacated her seat, as if holding her place until she gets back.

You could read this opening game of musical chairs as nothing but a cheeky bit of misdirection, or you could say that the oblique set-up prepares us to accept misdirection as method. Like Certified Copy, its sister film in Kiarostami's oeuvre (sharing its two-hander structure, its minimalist tone, and an international setting outside of his native Iran), Like Someone in Love has the sustained ambiguity of a riddle. It's telling that the redhead's parting shot before she's replaced at the table is a dirty joke that Akiko doesn't understand; she repeats it later for her new client, an elderly sociology professor named Takashi (Tadashi Okuno) who's just as baffled by its meaning but better trained to laugh at punchlines when he recognizes them. Like that joke, which hinges on a millipede's ability to signify two things at once, the film speaks in the language of games, expressing Kiarostami's curiosity about the way people assemble and reassemble themselves in an instant depending on the rules of the conversation.

Where Certified Copy felt like a humanist riff on the modernist identity play of Last Year at Marienbad, Like Someone in Love has Nabokov on its mind, filching Lolita's road narrative about inappropriate, age-disparate lovers and bending it for the traffic jams and neon billboards of Tokyo. The visual pairing of young Akiko with Takashi, who orders her extra-curricular services for a night, recalls a less volatile version of the Humbert-Lolita dynamic. Like Humbert, Takashi is a translator with a penchant for wordplay. Although Akiko is a university student rather than a proper nymphet, her escort work flirts with the same sort of transgression, as her jealous fiancé Noriaki (Rio Kase) points out when a co-worker gives him a sex ad with an image of a woman who bears a striking resemblance to her, done up in pigtails as if to bait men of Humbert's persuasion. For his part, the skittish Noriaki isn't much of a Quilty figure, dumbly mistaking Takashi for Akiko's grandfather at first instead of seeing through the ruse of paternal affection, yet the threat of sexual replacement by a double is more or less the same threat hanging over Humbert, who likewise plies his paramour with consumable goods.

One doesn't want to push too hard on this analogy. Suffice it to say that what seems to interest Kiarostami about Lolita is how its characters occupy multiple identities simultaneously, with Humbert in particular oscillating between dissipated European academic, fairytale ogre, and tragic prisoner at any given time. In this case, an old scholar gets to play tender Lothario with a sleeping beauty in his bed one night and doting grandfather on the ride to school the next day. Akiko, meanwhile, shifts gears in that opening scene from a demure fiancé on the phone to a sex-worker spending a late night at the office, and later appears to relish a third role when she's mistaken for Takashi's granddaughter by his nosy neighbour. Going through the motions of the conversation makes it real.

The trick is that none of these identities are treated as especially inauthentic. "I'm as much a grandfather to you as I am to her," Takashi tells Noriaki, and though he's being ironic in his private knowledge that "as much" means "not at all," he's also sincere, happy to perform whatever part the moment requires. The final beats of the film, especially the abrupt last shot, would seem to cast that fluid approach to identity in doubt, revealing it as untenable should others refuse to play along. Here we're out of Kiarostami's amorphous world of cityscapes distorted into new shapes by the reflective surfaces of windshields and into something resembling fascism, where a fiancé is always a fiancé. The temptation is to read that shift as a cheat, or at the very least a bitter joke on these characters' inconstancy. But my sense is it's a bit more nuanced than that: a pained recognition that like romantic pop songs (and movies), playtime is precious precisely because it isn't built to last. 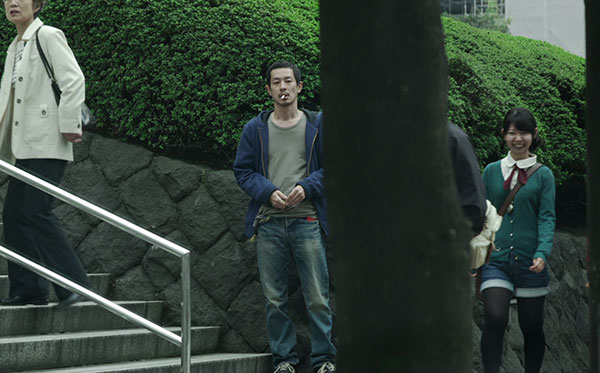 THE BLU-RAY DISC
by Bill Chambers Criterion's dual-format Blu-ray release of Like Someone in Love is, well, lovely. The film was shot with the Red One, but the 1.66:1, 1080p transfer betrays none of the anticipated softness, purple pallor, or weak dynamic range. A direct output from the colour-corrected DPX files (obligatory "whatever that means"), the presentation is glassy, inky, and features especially impressive contrast management, as highlights routinely convey intensity without blowing out or clipping. Crisp without becoming overbearingly sharp, the detailed image rewards a scan of the thoughtfully-placed bric-a-brac, while digital noise is minimal and nominally grainlike when it occurs. The attendant 3.0 DTS-HD MA track, encoded as 5.1 to accommodate legacy receivers, has unexpected breadth and depth for a hemispheric mix consisting largely of city ambience filtering through open windows into cars and buildings. Dialogue sounds full and resonant, and music is reproduced with dazzling warmth.

There's only one extra on this disc aside from mk2's theatrical trailer, but it's gratifying. Organized into chapters, "Making of Like Someone in Love" (45 mins., HD) features behind-the-scenes footage and interviews with writer-director Abbas Kiarostami in subtitled Persian. I don't have a lot of experience reading or listening to Kiarostami, and he's so poetic it took me a while to catch on that he's not speaking in riddles when, for instance, he describes actor Tadashi Okuno as a lifelong extra. (Okuno had appeared as a background player in countless films but this was his first speaking part.) Most of the B-roll is not from the shoot but from rehearsal and preparation exercises--Okuno, for instance, being guided around the set of his character's apartment for the first time by Kiarostami, who encourages him to pick up objects and develop associations with them. Although Kiarostami rejects the notion of paying homage to other movies and laments the patness of American cinema, he admits to wanting to give Like Someone in Love a classic Hollywood finish by writing "The End" on screen in English over the closing shot. He's a study in opposing instincts, particularly as he wrestles with whether to have his leads sleep together. Rin Takanashi, who plays the prostitute half of the equation, steps in with a cogent argument: If her character had sex with the professor, it'd alter their dynamic such that she probably wouldn't call him for help the next day. Though Noah Baumbach sibling Nico Baumbach's accompanying booklet essay seems to take too many of its cues from this piece instead of tackling the picture from a unique critical perspective, it does a commendable job of contextualizing Like Someone in Love within Kiarostami's filmography. 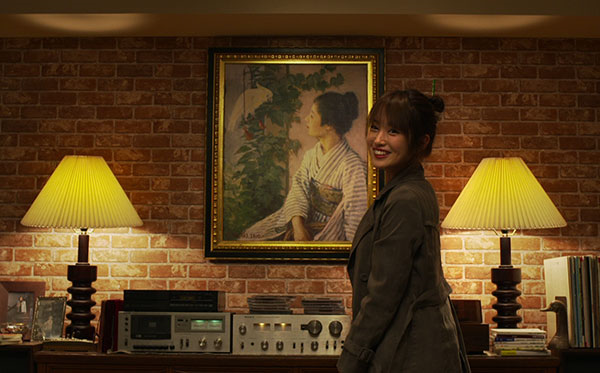