THE GAME OF THEIR LIVES
½*/****
starring Wes Bentley, Richard Jenik, Stephen Alexander, James E. Ash
screenplay by Angelo Pizzo, based on the book by Geoffrey Douglas
directed by David Anspaugh 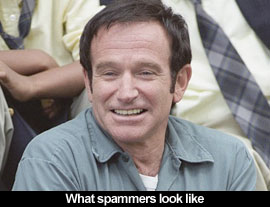 by Walter Chaw I'm going to talk on for a while, but all you need to know about House of D and The Game of Their Lives is that they share framing stories and voice-overs. Each is hatched from that particular litter of crowd-pleasing, tear-jerking, golden-hued nostalgia operas that endlessly recycle the same batch of story conveniences and stock characters in pursuit of frozen tableaux and over-scored, broadly-telegraphed climaxes. And they both present to their middlebrow audiences comfortable stories buoyed on the drab wings of sub-par screenplays, obvious direction, and perfunctory performances. I'm always surprised by the appetite for this kind of pre-masticated gruel--by how much people want and expect to be invasively groomed by their entertainments like cats by their tongues. This of course means I'm the stupid one.

David Duchovny makes his feature-length hyphenate debut with the appropriately-named House of D, a slog through Duchovny's Freudian undercarriage as he casts himself as a goateed Parisian flipbook artist and wife Téa Leoni as his character's mother in flashback--with pre-Duchovny played by a game Anton Yelchin, riding around on a meat wagon in 1973 Greenwich Village, the bitch to Robin Williams's retard bull. One of those movies that includes the Eiffel Tower and the Chelsea Hotel in its topography, House of D begins with ridiculous narration about safe-cracking and young boys coming-of-age and ends with a series of rapturous still-lifes designed to jerk every tear and yank on every neatly-tied heartstring. A scene at a dance where Yelchin appears in an orange knit hoochie suit (that he bought from the joke store) captures some of the awkwardness of dances for a 13-year-old, though I suspect the sequence only seems good in comparison to the rest of the film. I don't know why Williams always insists on playing mentally disabled men-children, but to be fair, I confess that I may have mistaken a few of his "straight" turns for retarded janitor turns along the way.

Pre-Duchovny has just lost his father (natch), so his mother is insane (natch), hence he seeks council from the abovementioned retarded janitor, the promise--is this 1953 or 1973?--of a shiny new bike in a store window (the same thing Yelchin's fatherless character yearned for in Hearts in Atlantis), and the voice of "Lady" (Erykah Badu), a woman interned like a funky, 'fro'd Rapunzel in the top floor of the titular house of detention. Lady teaches the tyke how to dance, schools him in the sexual politics of young teens, and eventually moves him to spread his wings and fly away to France where he, Leonardo DiCaprio-in-Titanic-like, becomes a soulful street artist. Lots of inappropriate sexuality (the janitor helpfully informs a little girl that he's got a giant dick--just one in a long line of cock references) is separated by three interstitials of the little boy pissing on cigarette butts, until finally Pappas (Williams) goes apeshit in the adorable way of unbalanced retarded janitors, setting off a chain reaction of unfortunate events so dour and casually-addressed (euthanasia never went down this smoothly) that it's almost possible to overlook how close House of D comes to being as condescending to Lady as it is to Pappas. What this has to do with a grown-up Duchovny, his French wife, and his French son is both something you can guess and something I can't revisit without wanting to 'pit up.

Not to be mistaken for an identically-titled documentary on the North Korean soccer team that set England ablaze in 1966, The Game of Their Lives reunites Hoosiers buddies David Anspaugh and Angelo Pizzo to exhaust the same well again (after Rudy--you know, the biggest surprise of Miracle is that Anspaugh and Pizzo weren't responsible), this time choosing unwisely to dig up an all-but-unknown World Cup soccer match between the U.S. and England in 1950. The exact same cast of sports ciphers populates the exact same story of an underdog team learning to play as a team before confronting a juggernaut on an elevated stage. (David and Goliath roll in their graves.) Stone-faced Wes Bentley plays a robotic team leader Walter Bahr, who spends a lot of time furrowing his giant brow, and Gerard Butler plays inspirational team leader (and goalie) Frank Borghi, who spends almost all of the peculiarly-edited final showdown taking soccer balls to the gut.

It's just like Hoosiers in nearly every way, including its complete lack of concern for issues of race (though the lone black player, Jimmy Jean-Louis, is introduced with a hideously insulting Caribbean theme song, his singularity goes otherwise undiscussed)--except that it doesn't have any actors the equal of Gene Hackman or Dennis Hopper. The tricky thing with The Game of Their Lives is that soccer purists will be offended by how their game has been boiled down to grunts and an endless montage of shots on goal, while U.S. viewers will be bored out of their freaking skulls for a duration just short of an actual soccer match. Coaching duties go to baritone John Rhys-Davies, villain duties go to alto Gavin Rossdale, and flashback/framing story duties go to baritone Patrick Stewart. Now the world holds its breath for Anspaugh and Pizzo to produce an irritating and reductive little-engine-that-could sports fiction from the true story of some ancient field hockey team with enough surviving members to participate in a joyful cinematic curtain call. Hey, what the hell, right? We're suckers for this crap. Originally published: April 22, 2005.