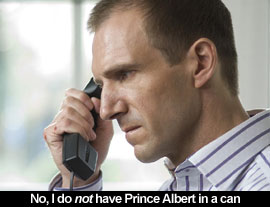 by Walter Chaw An ugly piece of work, writer-director Martin McDonagh's feature debut In Bruges has about it an unshakeable air of unleavened unpleasantness. It starts with the framing conceit of little boys with their heads blown off: the first victim unlikely because, hey, you'd at least turn your head if shooting started in the next room, right?; the second unsavoury because it caps a running joke about little people that isn't funny in the least. (No small accomplishment for running jokes about midgets, I don't have to tell you.) Between, find Colin Farrell and Brendan Gleeson as hitmen Ray and Ken, respectively, exiled to Bruges, Belgium after a London hit goes bad and forced to excrete witticisms in one another's company like Juno-spawned Pez dispensers. McDonagh's idea of profound profanity consists of Ray being very amused by midgets, fat Americans, and effete Canadians and Ken being sucked in by the medieval, touristy charms of sleepy Bruges; both await some word from their boss Harry (Ralph Fiennes), himself busy doing a real convincing impersonation of Ben Kingsley's insane mobster from Sexy Beast. Funny how something can be both overwritten and underwritten, but there you have it. In Bruges posits the idea that our boys are in God's waiting room--not Florida, but some enchanted backwater, waiting for judgment on high for their sins while sightseeing ancient churches and contemplating Bosch. Ken takes the communion, Ray takes a piss, and Harry surfaces like a Cockney shark in a third act remarkable for its feckless cupidity.

Consider that old saw of a dwarf actor enlisted for a surreal dream sequence in an art film (already definitively put out to pasture by Tom DiCillo's Living in Oblivion), here made "palatable" by having said little person be a bigoted prig given to hiring Dutch whores and frequenting Ray's drug-dealer love interest (Clémence Poésy). Consider, too, that despite all those contortions invested in balancing the character, the actor (Jordan Prentice, habitually mistaken for Peter Dinklage by ignorant Sundance pundits) is left at the end with the burden of a grisly rimshot/punchline so undignified that its black humour becomes the one thing that any humour should never be: completely unfunny. Such is the tension of In Bruges, which tries way too hard to be hip and hilarious (Juno-syndrome again); so much time is spent polishing the picture's veneer to a blinding shine that when it turns itself inside-out to show how far its crass hero has come at the end, it feels patently forced. Way back when, I wrote in a review of the Cuba Gooding Jr. vehicle The Fighting Temptations that you can reach a point of no return where no matter the size of the reclamation effort dispatched to redeem a hopeless character, no one wants to see him redeemed. Ray, given to thick pronouncements, attacks on the mentally challenged, and sudden bursts of grief for a life misspent, is just such a character: a sketch--one every bit the monochromatic type that melancholy, introspective Ken is, as it happens--who doesn't deserve a moral. McDonagh balances everything on a fairytale motif, going so far as to suggest a Humpty Dumpty moment and a dish running away with a goon; but what might have worked on stage (McDonagh's natural waters) is clunky and bullying on screen.

An artificial contraption trying its best to act natural, In Bruges only goes through the motions with its flashbacks and chases and bursts of violence and masculine sacrifices in the cult of machismo. Original in name only, call it a Europe-set Boondock Saints--as complete a dismissal as I can muster for a flick. It's an airless, arrogant trainwreck that has nothing of itself that's original yet struts around throwing off snark like it has something new to say. Too good for action, its action is flaccid; too good for hip, its hipsterism is tired and obvious. No amount of references to Hervé Villechaize could save the script, though McDonagh gives it the old college try with about six. Saying that Farrell and Gleeson are good is like patting a kid for not sucking in a Christmas pageant in that it's patronizing and doesn't recommend sitting through the thing a second--or even first--time besides. In Bruges isn't terrible, it's just typical--the kind of movie people who don't watch interesting films mistake for an interesting film, and the kind of movie that dresses up in nice clothes to go fag-bashing and nigger-baiting while spraying the room with air freshener. I like a genre piece redecorated with savvy (I've enjoyed Paul McGuigan's pics, for one recent example (Kiss Kiss Bang Bang for another)), but McDonagh's picture is like so much ant-pile kicking tarted up with a little "too cool for school." All it really has going for it in the end is a nice little score by Carter Burwell--no Moldy Peaches in sight. Originally published: February 8, 2008.