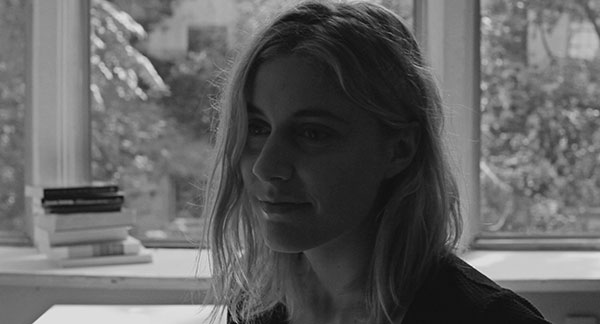 by Angelo Muredda There's a lot to love in Frances Ha, but the highlight is surely a tracking shot of star, muse, and co-writer Greta Gerwig clumsily bounding through the streets of Brooklyn to the sounds of David Bowie's "Modern Love." (In a daily dispatch for mubi.com, Fernando Croce astutely toasts her "galumphing radiance.") You could read this moment as either a joyous corrective to Michael Fassbender's miserable NYC jog in Shame or a direct lift, down to the song's abrupt stop, from Leos Carax's Mauvais sang--think of Gerwig as the Ginger to Denis Lavant's Fred. Or you could just accept it as the clearest expression of the film's ambling structure: a lovely, headlong dive through traffic en route to somewhere safe but rewarding.

Gerwig plays Frances, an apprentice for a prestigious dance company and a member in good standing of the transitional class of twentysomethings who toil through pricey college educations and unpaid internships only to come out with massive debts and impossible rent bills. Uneasy about the prospect of moving in with her sort-of boyfriend, Frances finds she's far more in love with her roommate and best friend Sophie (Mickey Sumner), a dour sort who works for Random House despite not being much of a reader. When Sophie moves to Tribeca to better play the part of the aspiring professional, Frances is left in a minor tailspin--stranded without a career path, mourning her faded platonic love, and romantically adrift between occasional roommates Miles ("Girls"'s Adam Driver) and Benji (Michael Zegen), who make their way in the city thanks to the generous allowance of their deep-pocketed parents and uncles.

There's no such benefactor waiting in the wings for Frances, yet the beauty of Noah Baumbach's warmest film to date is that it's perceptive about the shame of being theoretically poor among rich friends, and uncondescending: catering jobs and temp work, after all, are not the end of the world. Although the inky black-and-white photography recalls Gordon Willis's work in Manhattan, the film is much more in line with the modest tragicomedies of the French New Wave, with Frances figured as a better-educated but just as coarse American cousin to Truffaut's Antoine Doinel, apologizing at one point for not being much of a "real person" just yet. The Small Change poster in her apartment is no accident, to that end, and the Georges Delerue music that scores her every whimsied action feels just right.

If the destination here seems oddly humane for a Baumbach movie, it's worth remembering that both Margot at the Wedding and Greenberg end with depressive sourpusses being humbled before a gentler person. It's tempting to read the film's further step in this gentler direction as a by-product of Baumbach and Gerwig's overlapping personal and professional relationships, and certainly Frances and Gerwig's respective backgrounds in dance and shared roots in Sacramento suggest there's a biographical angle to be found. The backstory hardly matters, though, when what's onscreen radiates such generosity. Originally published: September 13, 2012. 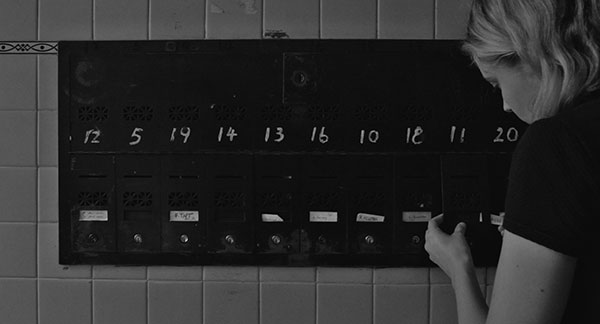 THE BLU-RAY DISC
by Bill Chambers Criterion's dual-format release of Frances Ha delivers the film to Blu-ray in a 1.85:1, 1080p transfer that benefits from the context of an accompanying 19-minute featurette in which co-writer/director Noah Baumbach, DP Sam Lowry, and colorist Pascal Dangin--protégées, all, of the late cinematographer Harris Savides--discuss the way the film was shot and manipulated in post. The stripped-down production was shot using the prosumer Canon 5D, yielding a minimum-gloss HiDef image that was colour-separated in post, with one recombined layer "defocused" to create a filmic halo effect once everything was finally collapsed into black-and-white. Baumbach says the goal was to "honour the video-ness" of the medium while simultaneously evoking the photochemical process, and that he does, that he does. One "benefit" of the 5D is that it produces more noise than higher-end cameras, and this artifact had the wild feel of film grain by the time Dangin was through with it. The presentation on this disc elegantly and charmingly straddles that film/video divide, looking somewhat like a kinescope but without the residual analog defects, save some unfortunate stair-stepping that seems baked into the source. Given that it was output to BD (and the bundled DVD) directly from the original DPX files, I have no doubt that this is Frances Ha as good and as accurate as it will ever look. The attendant 5.1 DTS-HD MA track, mastered at 24-bit, reflects what Baumbach refers to in the aforementioned featurette as a "punk" approach: This is a lo-fi, low-key mix, but the music, although never particularly punk in genre, blows the roof off whenever it kicks in.

Two more documentary pieces supplement the main feature, the first pairing Baumbach in a discussion with another mentor, Peter Bogdanovich (16 mins.), the second placing star/co-writer Greta Gerwig in the hotseat with a poised Sarah Polley as her interviewer (17 mins). The former reunites Baumbach with one of the stars of his Mr. Jealousy, and he credits the elderly, shellacked Bogdanovich with an old trick of putting glasses on an actor to transcend his original conception of the character--in this case Sophie, who was cast very late in the process. The two also swoon over Gerwig but stop short of comparing notes on leaving their wives for their muses. Gerwig herself manages to surprise Polley a time or two with her answers, such as when she credits David Thewlis in Naked as a key inspiration on her performance as Frances. (Being Greta Gerwig, she cites clowns, too.) When Polley asks her why she does what she does for a living, it's clear that she's hoping for a therapeutic response, and mostly, I think, Gerwig gives her one. Frances Ha's trailer rounds out the platter; all of this bonus material is in HD, of course. Annie Baker contributes the booklet essay, writing from her unique perspective as a New York playwright whilst demonstrating an intimate knowledge of the French New Wave. 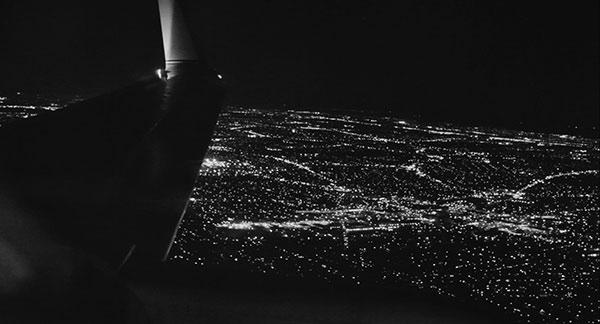