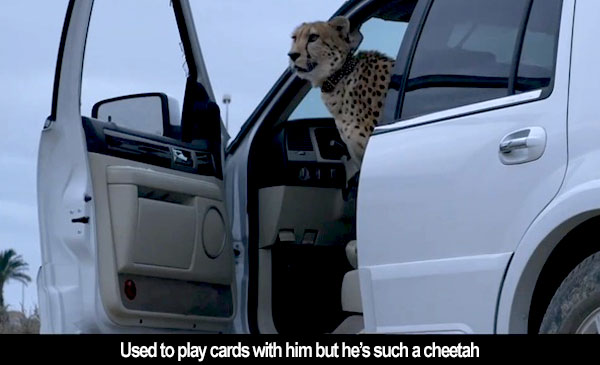 by Walter Chaw When I read The Crossing, I believed it to be the finest American novel in the Southern Gothic tradition since Faulkner rolled up Yoknapatawpha County under his arm and went home. Then I read Blood Meridian, and thought I was in the presence of maybe the most important American author since, who, Pynchon? But after that, Cormac McCarthy dried up. I didn't care for Cities on the Plain, his wrapping up of the lauded "Border Trilogy" that began with All the Pretty Horses and sandwiched The Crossing in between, and I thought No Country For Old Men was weak and obvious, lacking fire, while The Road was well and completely flaccid. Going backwards didn't help: Child of God was a fragment, Suttree had that bit with the pig but not much else, and the incest fairytale Outer Dark seemed a sketch. But then the Coens adapted No Country for Old Men as a summary critique of the key themes of McCarthy's work, and I was entranced again, or at least willing to give his stuff a shot again. It's the mark of a gifted critic, and the Coens are our most gifted literary critics, to reanimate something that's been dead for a while. So we land here, following a too-faithful screen translation of The Road and the curious, forgettable, elderly HBO flick The Sunset Limited (first written by McCarthy as a play) with the inevitability of a film, The Counselor, based on an original screenplay by McCarthy, supervised by McCarthy to the point of McCarthy giving line readings to frickin' Michael Fassbender, and promoted with McCarthy billed almost as prominently in the breathless trailer as director Ridley Scott and co-star Brad Pitt. And, yes, this film by a novelist twenty years past his prime, dabbling now in a new medium like old Michael Jordan playing baseball, stinks of an almost Greek hubris, an almost Icarean overreaching. The Counselor is uniquely awful.

Start with the misogyny. The Counselor hates women. Not in any interesting way, just in an angry old-guy way, as long stretches of dialogue focus in on how women are either sexually voracious, Kali-destroyer goddesses with vaginas like the mouths of catfish ("It was too gynecological to be sexy," one of our poor male jackrabbits complains), or sexually ripe blood-puppies at the beck and call of handsome guys bearing large diamonds and maybe cardboard bundles of cash. Asked to talk dirty, one of the latter variety can only muster, "I want you to put a hand up my dress." As delivered by mumbly/squeaky Penelope Cruz, it's more a cold shower than an inviting come-on. But then, as her character Laura's unnamed lawyer-boyfriend explores the landscape, he discovers that she's "sopping." That's right. She's likened to a child, but she's moist down there--not too fine a point that it isn't raised again later, right before her stupidity places her in the traditional role of hostage/victim in her boyfriend's story. The worst is Cameron Diaz's cat-eyed, cheetah-obsessed, accent-indeterminate Malkina, consort of lovable go-between Reiner (Javier Bardem) and absolutely incapable of delivering the mouthfuls shovelled in there by McCarthy. She's the fatale, I guess, in this bombastically empty moral fable (the film is a companion piece in more ways than one to Denis Villeneuve's similarly-pitched Prisoners), and asking her to be the smartest person in a room isn't merely ill-advised, it seems cruel. It's the same kind of miscalculation as casting young Sofia Coppola in The Godfather Part III as the object of all desire, so off that it confuses the characters' motivations. In a thriller this densely-plotted, you don't recover once it starts to wobble; The Counselor starts to wobble immediately.

The titular Counselor (Fassbender) needs money, possibly to buy a giant diamond for sweet, dumb, horny Laura, so he agrees somehow to be involved in a drug deal with the Mexican cartel. We know all about the Mexican cartel, because either we watch "Breaking Bad" or we're generally xenophobic, and so we know this isn't a good idea. Many people, including the Counselor's partners in this endeavour, Westray (Pitt) and Reiner, try to warn him in long, wandering monologues that express the moral morass of the universe. Try to understand, there's only madness out there, and entropy, and sin, lots of sin, you-can't-avoid-it levels of sin. When Malkina attends Catholic confession to tell her sins, the hunky young priest abandons the confessional in outrage. Let me explain it this way. If you examine the bookshelves in Reiner's study--and you will, because you'll be bored--you'll note that there are two copies of a book on "cool houses," one on "cool hotels," and one copy of a book of photographs by David Bailey. David Bailey is an English photographer who sort of invented the "mod" look--one of his collections of photos is called The Birth of Cool. Because Ridley Scott is as vacuous a filmmaker as McCarthy is now a self-conscious, pompous writer, he has given this character Reiner the three books he referenced for the sets and style of the film. There are cool houses, cool hotels, and cool people populating them.

The deal goes bad. Did I mention that Rosie Perez shows up briefly, very briefly, as a nasty mama in prison who offers a blowjob to the Counselor that the Counselor rebuffs? It's not worth mentioning. What's interesting to me about The Counselor is that it's the rare example of a movie that doesn't mean anything that appears to not want to mean anything, but means the wrong kind of nothing it intends not to mean. What I'm saying is that The Counselor wants to create a moral wasteland where one bad decision causes the destruction, entire, of several lives and storylines, and there's no explanation or reason for any of it, but actually creates a simplistic, sloppy thriller that is exactly as nihilistic, and in the same way, as those Germans who harass The Dude in The Big Lebowski. In other words, The Counselor is meaningless, not about meaninglessness. Bruno Ganz has the film's best moment as a diamond dealer who describes his job as a cynical one in that it's only looking for flaws--like my job, for instance, except just like him, I find real joy in discovering beauty and art in imperfection...and commensurate outrage and disappointment in seeing hubris and incompetence in imperfection. The Counselor is reminded often that he's a naïf in the affairs of evil; everyone tells him so. Everyone also tells him that the world is evil--the blood-dimmed tide that Tommy Lee Jones's sheriff refers to in No Country For Old Men has drowned the world and, no, McCarthy isn't shy about cannibalizing his own words to nourish this foundling child. Everyone spends so much time telling that the action, when it comes on bloody and extreme, is funny (unintentionally, I think), if not nearly as funny as the monologues given to Malinka that Diaz valley-girls out in sneers and vamps.

What saves The Counselor from worst-of-the-year status, besides Ganz, is another agile turn by Bardem, who's making it a habit now of stealing movies, even ones with cheetahs. Fassbender is fast becoming indistinct to me--another Christian Bale, perhaps, not so much chameleonic as invisible. He cries convincingly, shouts well, does an American accent like a champ, but at the end of the day, he's nothing more than the broad caricature of a great actor. To be fair, the material is so weak that I'm not sure anyone could have saved it. Consider that the Counselor throws his cell away and borrows a stranger's to call his fair, sweet, horny Laura to tell her to go home and wait for him, and she in turn Expedias a hotel from their home computer and delivers the news to him over an unsecured phone he's procured from wherever it is you buy telephones while the Mexican cartel is watching you. (Did I also mention that Hank from "Breaking Bad" cameos as Hank from "Breaking Bad"?) If the point is that the Counselor is stupid, I get it, but why make him smart first unless you've written yourself into a circle? I enjoy elliptical films as much as anyone else; I even like pretentious films, because if you're not trying to do something, I wonder sometimes why you'd bother. I don't like films that are wilfully bad to illustrate a point that isn't profound but tired, exhausted even. Men don't understand women and fear their sexuality? I knew that. Bad choices tend to snowball? Knew that, too. The irony, of course, is that The Counselor the movie is very much like the Counselor the character: really fucking stupid and inconsistent, though it thinks it's smart and capable until it's too late. Honestly, if you must, see it for the scene where Reiner describes (and then Scott shows) Malinka fucking a windshield. Now that's entertainment.

Manfried - I'm disappointed to hear about the misogyny, although I'll see for myself in a day or two. I think even McCarthy advocates (of which I guess I'm one) would admit that his writing is almost purely masculine - women are rarely mistreated so much as completely absent. There are notable exceptions, like the sister in Outer Dark who turns out to be the actual hero of the story.