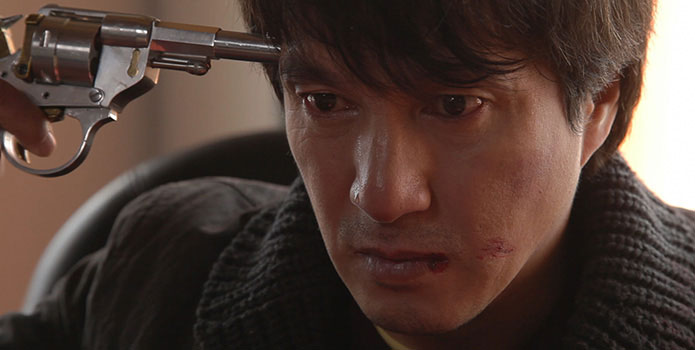 by Bill Chambers The cause célèbre at this year's TIFF was critic Alex Billington's 9-1-1 call. For those living under a rock, what happened was that Billington entreated Festival volunteers to do...something...about the guy using his light-emitting cell phone at a P&I (press and industry) screening of Ti West's The Sacrament. When they declined, Billington dialled emergency services, live-tweeting the whole sorry affair as a gift to the gods of schadenfreude. This is indeed absolutely childish and cowardly behaviour, yet a similarly insufferable sanctimony deluged the incident in think pieces and @ replies, some of them from yours truly. Yes, crying wolf to 9-1-1 is irresponsible, though I imagine Billington's wasn't the first or even second false alarm Toronto EMS received that morning. Yes, P&I screenings are free, throwing Billington's sense of entitlement into relief, although they do come with the Faustian obligation to write about them at some point. (Something that isn't made easier by a viewing filled with peripheral distractions.) And, sure, industry folk need to be able to conduct business in a darkened theatre if it comes to that, because TIFF is a buyer's market ultimately supported by the wheeling-and-dealing that happens over a ten-day period.

Of course, this urgency is something of a phantom created by wifi, which didn't exist when I first started attending the Festival as accredited media back in 1996, and a lot of the smartphone usage I've personally witnessed from industry folk at P&I screenings is just busywork symptomatic of our ever-corroding attention spans. I also think a little sympathy for Billington wouldn't hurt--not for his crusade, per se, but for a guy who may have had a psychotic episode. Ten concentrated days of movie worship with 400,000 of your closest friends could send anyone over the edge. In other words, sorry if you saw me Jake LaMotta-ing that Coke machine during the Festival (and sorry to the Coke machine).

Anyway, a few parting shots before we put TIFF to bed for another year. I talked myself out of reviewing Frederick Wiseman's four-hour At Berkeley (***½/****), humbled as I was by its density and by my embarrassing virginity to Wiseman's work. Here, Wiseman's camera is an impartial observer at the University of California, Berkeley, sitting in on classroom lectures, faculty meetings, student protests, laboratory experiments, and more--these vignettes no less barometric of broader economic and scientific climates for their specificity. What doesn't seem to interest Wiseman much is Berkeley's social scene, perhaps because documenting a kegger lends itself to a different, more moralistic brand of didacticism than what the film practices. I also shied away from covering this year's Palme d'or winner Blue is the Warmest Color (La vie d'Adèle) (***/****), too spooked, I suppose, by all the "gaze" talk from my male peers, which strikes me as a wee bit paternalistic in the long run. (Put the burqa on, dear, Bob across the street is having sinful thoughts about you.) Lesbians finally have an epic romance to call their own, without any of the reflexive camp contemporary queer cinema has arguably trained us to expect. Still, if it didn't hit me that hard, that may be less because I'm a straight male than because I'm a lifelong bachelor.

I missed the beginning of Xavier Dolan's Tom at the Farm (Tom à la ferme) (***/****), so I didn't feel right reviewing it, but it's a riveting, pitch-black comedy with a visceral depiction of tyranny at its centre. At 24, Dolan already has a notoriously huge ego, and maybe since I had no idea until the closing credits that the Tom Hulce-ish, Joker-mouthed actor in the title role was Dolan himself, I noted none of the narcissism or self-consciousness that others have ascribed to his performance. As a gay Montrealer who becomes the de facto prisoner of his dead lover's family, he's really rather endearing. And I just don't know what to say about Kim Ki-duk's Moebius, in which a woman cuts off her teenaged son's penis to punish her cheating husband, the husband cuts off his own penis in solidarity with his son, and at least one other guy loses his penis in this mini-phenomenon. ***/****, I guess--one star for each penectomy. In all seriousness, while I'm not sure that Moebius will be the one to get Kim back in the critics' good graces after the noisome Pieta, it's remarkably absorbing given the premise, the total absence of dialogue, and the fact that it looks pretty cheap (which actually, come to think of it, only enhances its seedy, 42nd Street vibe). I haven't uncrossed my legs since, but that's my cross to bear.

I really liked "Pieta." Haven't yet had the chance to see "Moebius." I find it difficult to reconcile the thoughtful artiste of "Spring, Summer, Fall, Winter... and Spring" and "3-Iron" with the director of "Bad Guy," "The Coast Guard," and, of course, "Pieta" although I didn't expect the cynicism of "Pieta" to give way to the bracingly humane moment where the hitman spares the guy's life because he hopes the guy will share his gift of song with his unborn son. An unbelievably tender moment in what is otherwise an emotional mindfuck.