TIFF '13: When Jews Were Funny 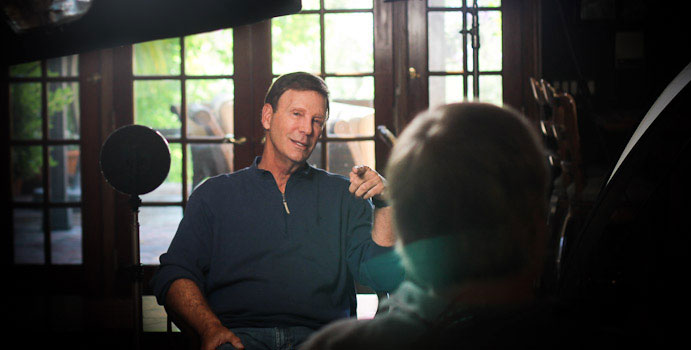 by Bill Chambers Canadian documentarian Alan Zweig's best movies begin with a specific question--why do people collect records? Why are there good people who can't find love?--he needs to answer for the sake of his personal development, like a player desperate to advance to the next level in a videogame. Zweig's latest, a kind of companion piece/spiritual sequel to his 2004 I, Curmudgeon, finds the filmmaker struggling to articulate a thesis statement, so much so that a number of his interview subjects call him out on it. Consequently, it lacks urgency, though truth be told Zweig's work has become less personal ever since he stopped putting himself in front of the camera, having apparently been cured of his most confessional impulses after finding love in a real-life postscript to his masterpiece, Lovable. Indeed, When Jews Were Funny feels and often plays like clumsy pretext for engaging with some of the brightest lights in the comedy world, including Marc Maron, Andy Kindler, and Bob Einstein (Albert Brooks's brother), who insists that his alter ego Super Dave is a quintessentially, if unlikely, Jewish character. Gilbert Gottfried similarly remarks that the Gentiles of "Seinfeld" and "The Golden Girls" are Jews by any other name--that's why they're funny. The title is provocative but misleading: Zweig is more or less just homesick or nostalgic for the soup-slurping Old World kvetching of his grandparents' generation and wondering if they were a dying breed; clearly, Jews are still funny. Maron believes that Zweig is blind to the beginnings of his own metamorphosis into an "old Jew," echoing others' sentiments that the essential Jewish character never changes even as the Yiddish accent phases out, while Shelley Berman, after tetchily resisting the label of "Jewish comedian," admits with palpable sadness that his daughter will never be that "old Jew" Zweig's talking about, for reasons best left to the viewer to extrapolate. Still, the highlight may be comedienne Cory Kahaney suggesting that making this documentary is merely Zweig's attempt to absolve himself of religious guilt for not bringing his daughter up Jewish. If only he'd really wrestled with this accusation, like the old Zweig would have, although he couldn't defer to a more insightful batch of interviewees.