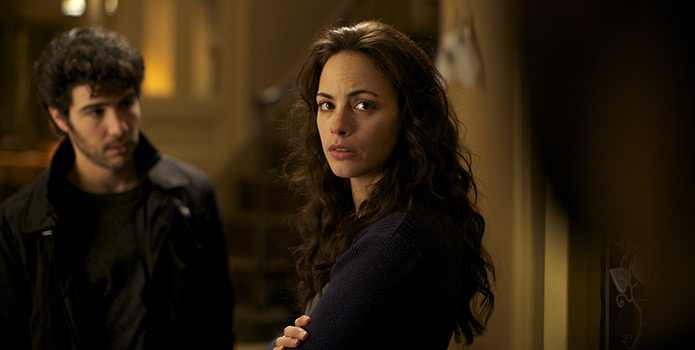 by Angelo Muredda The Past is a heartbreaker, a badly misjudged project that retraces each major step of Asghar Farhadi's A Separation but arrives at the finish line with little to show for itself. Like Farhadi's previous film, we start with a divorce, this time between Parisian Marie (Bérénice Bejo, channelling Marion Cotillard's more hysterical performances, especially for Christopher Nolan) and the now Tehran-based Ahmad (Ali Mosaffa), who flies back into town to sign the papers and see his ex off into her new relationship with Samir (Tahar Rahim). That Samir has his own troubled past with a woman in a coma for reasons as-yet unknown doesn't surprise us as much as Farhadi seems to hope it will, since A Separation also culled its dramatic tension from a pair of mirrored couples, and made similar symbolic hay of offscreen characters in extreme states. (There an unborn child and an unspeaking parent with dementia.) Those who went along with that instrumental use of characters and rigorous structural doubling did so because the situations in which the leads were put were so convincing and their reactions to their impossible situation were almost unbearably moving. Here, one feels trapped in an aggravating Philip Glass sonata, where each scene exists solely as a foil for the next and each revelation becomes a transparent set-up for the ensuing real revelation, and so on ad infinitum. The point seems to be that one never knows in love, but surely some lovers' actions are less ambiguous than others. The absurd final shot, which has us reading a motionless body for either an actual or an imagined emotional response, is the most maddening example of this noncommittal gamesmanship, a case of a talented but lost filmmaker having his cake, eating it too, and then proclaiming, "There is no cake--or is there?"