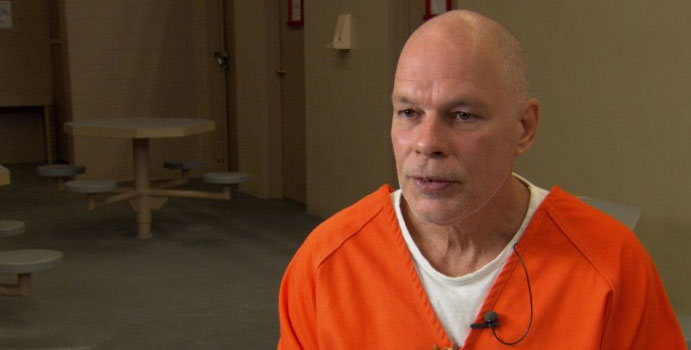 by Walter Chaw Two shot-for-television documentaries, running about 50 minutes apiece, serve as Werner Herzog's epilogue to 2011's Into the Abyss, each profiling a single inmate in the inimitable Herzog style that has evolved over the years into something that doesn't punish its subjects (as it once did) so much as it punishes the audience. Looking back to the way he shot coroner Franc G. Fallico in Grizzly Man, allowing him to twist a few beats too long, reveals that Fallico was perhaps a little too eager for the camera. That strategy--delightful then--is a bludgeon now, as the extra beats have become interminable and, I'm afraid, useless. Of the two docs screened at this year's Telluride Film Festival, the first, "Conversation with James Barnes", is the better, as Herzog gives time to one of Barnes's cousins, who declares The Exorcist to be a documentary because, among other things, anyone who twisted her head around like Linda Blair does in that movie would have died. No, it's true, the logic doesn't work. It's less Herzog finding the equivalent of his bingo-playing chicken in these inbred huckleberries than it is Herzog getting the money shot by telling the poor, dumb thing that no, he's never seen The Exorcist. It's brilliant. And it's cruel. "Portrait of Robert Fratta", on the other hand, profiles narcissistic Death Row pretty boy Fratta in a way that reveals almost nothing except what it looks like when Herzog riffs too long on the same theme. In the post-film Q&A, moderated by an obsequious Ken Burns, Herzog promised that he's done now with these Death Row interviews--it's almost like he understands that he might have picked at this one 'til it bled, and his consistent disclaimer that he wants to humanize these interview subjects because, as a German, he's seen the evil of capital punishment carried out by a monolithic State, has become brittle and, fatally, ironic.