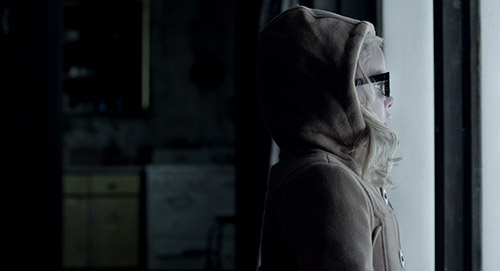 by Bill Chambers Mama is about a woman who doesn't want kids being forced into motherhood by her pigheaded boyfriend. Yes, it's a horror movie, but that's ostensibly not the scary part--that would be the titular ghost who challenges our heroine to a mom-off for the souls of two little girls. Mama has watched over them since their crazed father Jeffrey (the suddenly omnipresent Nikolaj Coster-Waldau), still smarting from a bad day on Wall Street that saw him going postal, tried to execute them in a remote cabin in the woods. Five years later, Jeffrey's brother Lucas (Coster-Waldau again) finally hits pay dirt in his obsessive search for his nieces when a routine check turns up the cabin with the girls inside, now feral and living on cherries.1 Not that I'm asking for a prequel, but I'd love to--and would perhaps rather--see those lost years, the gradual breakdown of these kids' language, hygiene, decorum. Alas, the Western cinema is preoccupied with domestication, which is where this sincerely well-made movie gets into trouble.

Introduced in a scene of canned but pointed irony in which she heaves a sigh of relief at scoring negative on a pregnancy test, Jessica Chastain's Annabel has a Joan Jett haircut and plays bass in a punk band more Josie and the Pussycats than Bikini Kill, but never mind, never mind. What I want to know is why a woman so ecstatic to be without child is having pregnancy scares in the first place. Is Lucas, who fights for custody of wild Victoria and Lilly (Megan Charpentier and Isabelle Nélisse, respectively--both marvellous, with Nélisse actually learning English for the role) despite having no money, a shitty apartment, and a girlfriend who celebrates the minus sign on a pee stick, so desperate to be a dad that he's poked holes in the condoms, or monkeyed with her birth control? It seems plausible, especially when compounded with the way he steamrolls her--insofar as we see--in his decision to move the four of them into a (conveniently) state-subsidized suburban house. (In exchange, all he has to do is make sure Victoria and Lilly keep seeing cagey therapist Dr. Dreyfuss2 (Daniel Kash, the poor man's Tony Shalhoub).) Guilted by circumstances into quitting her band, she's soon thrust even deeper into her personal hell--i.e., single motherhood--when Mama puts Lucas in a coma.

I'm of two minds about the filmmakers taking Lucas out of the equation with due haste. On the one hand, he's an oppressive presence, intentionally or not, and for all his cryptic motivations, including this twin business, he's a pretty banal character, the male corollary to the cookie-cutter wives and girlfriends who exist to throw cold water on quixotic heroes. Once he's gone from the picture (for the most part), the narrative definitely becomes more aerodynamic, but Lucas's departure is also a bald contrivance to make Annabel the sole caretaker of these kids, and to what end? Conformist at best and misogynist at worst, Mama seems determined not to dilute Annabel's creeping acceptance of motherhood, which the film conflates with womanhood--on the Blu-ray commentary track, director Andy Muschietti affirms that an early glimpse of her, tattooed and eating cereal, was designed to make us dismiss her as an overgrown teenager (instead of, say, ponder her individuality)--and portrays with stifling Donna Reed-ness. Her metamorphosis--a word I think the film wants me to use, what with all the butterfly imagery--is indicated by the shift in her primary accessory from guitar to laundry basket.

The deranged state of the children, Lilly in particular, does add vinegar (and humour) to the proceedings, suggesting even that Annabel bonds with them because they're kind of punk in the way they flout convention at every turn. But Annabel's arc, such as it is, is Stockholm syndrome by any other name, and her intensifying devotion to these girls is moving, if moving at all, because Chastain's irrepressible maternalism is lovely to witness. In fact, because she comes to this movie trailed by the afterimage of her ethereal The Tree of Life character, there is a sense of Mama having a good-witch counterpart waiting in the wings.3

Mama's not so bad, really, she's just drawn that way, inspired as she was by the elongated faces in Modigliani's work that used to terrify Muschietti as a boy. While I'm wary of the correlation between cranial deformity and bogeymen, it's not like Mama had previously shown itself to be enlightened. Besides, this is one of those Frankenstein scenarios where society forces the monster to live down to her appearance, and the film is exceedingly fair to her in the E.T.-from-Hell climax, during which it, too late, transcends agenda to become something worthy of Grimm. The picture uses her well (which is to say sparingly in the early going), uses Chastain well (which is to say nonobviously), and has an uncanny way with the camera--either Muschietti is a savant or producer Guillermo del Toro asserted his influence; the micro-short Mama's based on mounts a pretty strong case for the former.4 One Polanski-worthy shot creates a natural splitscreen through composition, showing the girls acting playful in their room on the right side of the frame and an empty hallway on the left. The punchline's predictable, but it still sent shivers up my spine and is, for me, thus far the movie moment of the year. Mama is tense and atmospheric--honestly, I can't hate a film operating at this level cinematically. But I can try. 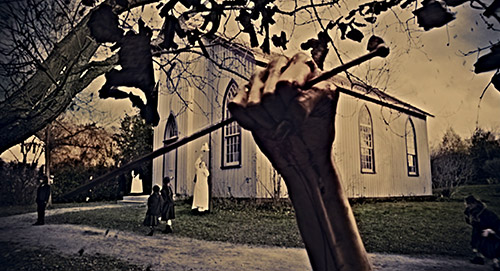 THE BLU-RAY DISC
Shot using the ARRI Alexa, Mama docks on Blu-ray in a 1.85:1, 1080p transfer from Universal. The production values are respectable and fine detail has been dulled to a 35mm approximation, but digital has a way of reducing genre fare, especially, to high-end television, and there's an antiseptic gloss to the grainless image that is insurmountably cheap-looking. Still, there's nothing inherently wrong with the video presentation: Inky stains figure into the film's design aesthetic (as they will, post-J-Horror), such that I presume the tendency towards crushed blacks is a deliberate echo of that motif. Dynamic range is otherwise strong, and within each of the movie's del Toro-ian colour-coded tableaux lies a rich and subtle array of shades and tones. The attendant 5.1 DTS-HD MA track is robust; the film may be overreliant on stingers in the way of contemporary horror flicks, but they deliver, while Mama's almost-insectile presence in the rear discretes is a thing of beauty. Dialogue is nicely-modulated and well balanced against the increasing onslaught of music and effects.

Andy Muschietti and his slightly-less-intelligibly-accented co-writer/co-producer/sister Barbara Muschietti (phonetically: Moose-kay-tee) record a film-length yakker of flagging energy. They talk about how the shooting process evolved the script, the pros and cons of working in Quebec, and influences like Jacob's Ladder (particularly its Maurice Jarre score). They also, as I said, sell out their heroine; dicks. The Muschiettis--mostly Andy--additionally provide optional commentary for six Deleted Scenes (8 mins. total), most of which were cut for the usual reasons of pacing (or in the pursuit of "more agile storytelling," as Andy puts it). These elisions do reveal the doctor's hidden motive and find Annabel referring to her new home as "Stepford," something they should've left in. Next, the Muschiettis' 2008 Mama (HD) is prefaced by a Guillermo del Toro intro half as long as the 3-minute short itself, a technically impressive piece indeed so brief that del Toro took a giant leap of faith in commissioning a feature version of it.

Lastly, two featurettes--"The Birth of Mama" (10 mins., HD) and "Matriarchal Secrets: The Visual Effects of Mama" (6 mins., HD)--give a clipped overview of the production. The latter is more gratifying by virtue of being less EPK-like and because it's interesting to peek behind the curtain of the title character, a miraculous mix of CGI, prosthetic effects, and a 6'8" human marionette named Javier Botet. Spanish F/X house DDT are doing some of the best work in their field, almost exclusively for del Toro. HiDef trailers for Dead in Tombstone, Side Effects, and "Grimm" cue up on startup of the disc; this is a combination Blu-ray/DVD/Digital Copy/Ultraviolet release. 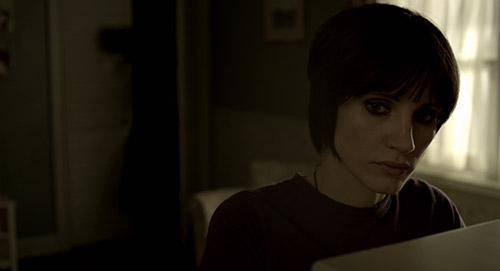 1. The mound of pits is an evocative but sadly dead-end image. return

2. I have nothing against stories of reluctant mothers and fathers, per se. This whole scenario would be more palatable if Annabel weren't pressured into accepting the situation by patronizing men who are ultimately proved righteous. She has no agency. return

3. Is this an oblique reference to the criminally stupid Silent Fall, starring Richard Dreyfuss as a therapist who takes in a mute orphan and his devious Lolita of a sister (Liv Tyler)? return

4. Where I do see del Toro is in the sort of pseudophilosophy espoused by ghoulish bit players--e.g., "A ghost is an emotion bent out of shape, condemned to repeat itself time and again until it rights the wrong that was done"--that only he personally could massage into something profound (for starters by saying it in Spanish). And he's all over the film's fairytale construction, which isn't necessarily a component of the original short. return

Good review (If a bit too generous) but I'm not sure how much English the young actress really learned. She speaks less than a dozen words throughout the film.