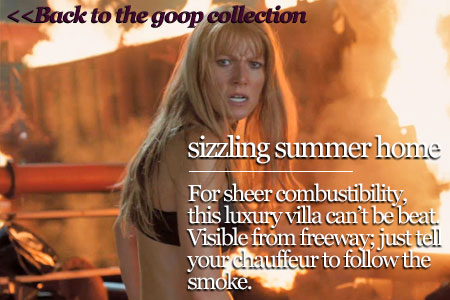 by Walter Chaw I laughed once during Shane Black's Iron Man 3--an unfortunate milestone for me and Black's films, which I have found, without exception, pretty amusing. That one moment is a reference serial post-modernist and industrialist Tony Stark (Robert Downey Jr.) makes to Michael Crichton's 1973 cult fantasia Westworld. The Tony Stark character is not just the cocksure pop-cultural embodiment of Roland Barthes's work on semiotics and myth: he'd be Barthes's greatest subject for analysis--the object that presumes a pop-cultural universal constant. The place where Black works, in other words, is that place where everyone's seen and read and heard everything they "should have" seen and read and heard. When Stark drops the Westworld bomb, then, we understand the implication that Stark is observing an evil henchman to not only appear to be robotic and indestructible, but maybe sexy and Yul Brynner-esque as well--maybe a female fantasy, maybe a "stupid sexy Flanders" homosexual fantasy. Certainly there's a recognition that dropping a reference like this is pleasurable in a way that structuralism would appreciate, but only for the nerd bourgeoisie. It's a moment meant to create a sense of exclusionary cloister in the midst of one of the most widely-dissembled entertainments in human history, and I liked that.

The rest of Iron Man 3 is a surprisingly tedious checklist of Shane Black-isms, starting with a weary Downey Jr. voiceover and framing story that could've been ported over directly from Black's Kiss Kiss Bang Bang and continuing through the destruction of a stilt house, a fight on a Christmas tree lot (and its attendant use of a Christmas carol on the soundtrack), and a finale on a freighter. There's a gratifying amount of violence and ugly fatalities and at least lip-service paid to our culture of Homeland Security, but the buddy-movie elements--the greatest Shane Black-ism of all, frankly--fall flat here, and without some kind of investment in characters we could possibly give a crap about, it's really, truly boring. The most interesting thing about the picture is that a mid-film reveal that forgives the casting of Ben Kingsley as arch-villain The Mandarin also reminds a lot of the odious, slapstick Leo Getz/Joe Pesci character from Black's Lethal Weapon 2 script. What I'm saying is that while there's enough of Black in here to make Iron Man 3 the best of the trilogy, all that really says is that I have a fairly low opinion of the other two. I would argue, though, that the Iron Man series has value when it indicts the media culture's role in the creation of monsters and heroes--how we are in the process of mythologizing our trauma nowadays even as the trauma unfolds.

What I didn't like was the creation of a Bin Laden-manqué as Iron Man 3's big-bad, The Mandarin, a hodgepodge of yellow peril and hatred/fear of Arab culture that the other big-bad, big giant Aryan Aldrich Killian (Guy Pearce), uses to further his own nefarious ends. It suggests a commentary on our culture of fear, yet in marginalizing it I don't know that Black has actually made a point. See, either we're silly to be afraid of Asians and Arabs and should actually be more afraid of domestic threats--or, in addition to a completely justifiable fear of Asians and Arabs, we should also fear domestic threats. A moment at the three-quarters mark where The Mandarin assassinates someone on live television, for example, is clarified as neither theatre nor reality. The spectre of Internet and communications terrorism is raised (much like the spectre of suicide bombing, made immediate by the recent events in Boston), but Iron Man 3 wants more to acknowledge and then to move on with the "safer" revenge angle wherein Stark seeks to avenge his fallen buddy and, inevitably, his imperilled ladylove (Gwyneth Paltrow). It's essentially just provocative images in the service of a vanilla plot and becomes, in that way, something very much like a middlebrow-pleasing exploitation flick in the vein of a Titanic or a Pearl Harbor. A special-effects extravaganza that fantasizes a righting of a collective wrong; when the Don Cheadle character's "War Machine" is given a patriotic paint job to the derision of the talking-head contingent (Bill Maher and Joan Rivers, making cameos as themselves), the takeaway is not so much self-knowing critique as self-hating excoriation.

Iron Man 3 so skilfully evades tackling the real issues it raises that audience engagement becomes a casualty. If Black can be accused of anything, it's his assiduous dodging of consequence and his reluctance to frame a causal event as anything other than a personal offense in need of violent correction. Iron Man 3 mentions sexual jealousy, missing fathers, terrorism, racism, the media, fear-mongering, martial law, the dangers of technology (including a noble act in the epilogue that plays like so much Terminator 2 liberal blather--especially after a full thirty minutes of things-go-boom), the meaning of commitment, patriotism, treason--but it only deals with how its hero, playboy Stark, has become a domesticated hamster and, in this one, a replacement dad, out to make the world safe for children. It's not a space I'm comfortable in, being patronized and glad-handed, tucked in safe and warm in exact contradiction to the lessons of a movie co-starring Shane Black, Predator, that at least had the balls to say that technological advantages in war win neither hearts, nor minds, nor the war itself. Iron Man 3 is loud and boring, its action sequences without stakes, its villains possessed of a glowy, glowy power that renders them either super-strong, or fast-healing, or pyrokinetic, or immortal, or invulnerable, or power sinks somehow, or...or...or whatever it is they need to be able to do to be visually interesting or threatening to our hero. The special effects are nice. Guy Pearce is in good shape. Gwyneth Paltrow is an effective icon for gaffed privilege on the rocks. And Downey Jr. cashes another paycheck. Stay past the credits for the best performance in the film...and hope the inevitable success of Iron Man 3 finances Black's next three Kiss Kiss Bang Bangs.

I think you can make the case that the first "Iron Man" takes a definitive stand of some kind... something about the military industrial complex causing and solving its own problems. Still, it strikes a weird note with its terrorists having no motive, religion or culture, and the series only gets more half-assed from there. I have no idea what Iron Man 3 thought it was doing by making its bad guy a Middle Eastern terrorist with justifiable anger at the United States only to reveal that it was just Old Man Withers trying to scare kids away from his treasure.