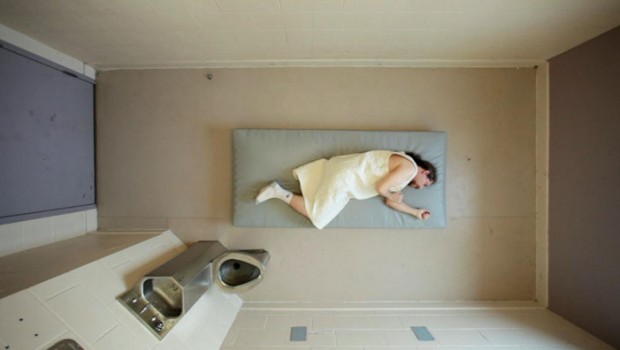 by Angelo Muredda The ending of Taxi Driver could well be the start of John Kastner's NCR: Not Criminally Responsible. Where Scorsese's paranoiac dream closes with Travis Bickle returning to his cab after his bloodbath as either an undeserving hero or a delusional phantom, Kastner's film opens with an admirably complex consideration of what it means--for everyone from victim to convict to society at large--to reintegrate into Canadian culture a violent criminal who's been found not culpable for his actions. Kastner begins with the conditional release of Sean Clifton, a previously undiagnosed and ostensibly nonviolent Cornwall man who one day stabbed a young woman in a Walmart parking lot. Despite their spiritual belief in the power of rehabilitation and the doctors' assurances that Clifton is now medicated, the victim's family is understandably vexed. And, despite our own best liberal intentions, so are we.

Kastner is an old pro at depicting these tricky ethical situations, but some of his stylistic flourishes feel a bit off here: It's hard to know what to make of an early title card (a motif promptly dropped) identifying the victim as "the prettiest girl in the world," or his bizarre, almost cubist depiction of her in alternating extreme close-ups and side profiles. If the goal is to conceal her identity, surely there are less conspicuous ways to do it. Even so, this is a refreshingly even-handed film in its attention to the quotidian details of Clifton's life on meds, and a smart one in its refusal to reduce the issue to an ideological shouting match.