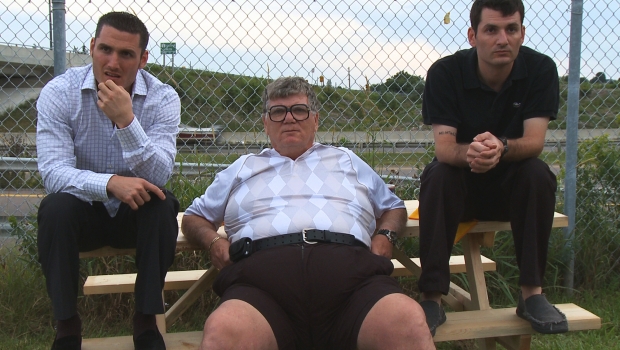 by Angelo Muredda "I call myself a filmmaker," Shawney Cohen muses off the top of his debut feature The Manor, "but I've actually been a strip-club manager for longer." Family inheritances have long proven fertile ground for emerging documentarians, like Sarah Polley with Stories We Tell just last year. Still, Cohen has a distinctive enough angle here, given the unusual visual dynamics of his family (dad's overweight, mom has an eating disorder) and its business, the titular Guelph club that Cohen's father has been running for over 30 years.

Cohen doesn't get much farther than the prurient look into a raunchy little institution the title promises, but there isn't necessarily anything wrong with that. He's a competent if unassuming stylist who, like the more accomplished Lauren Greenfield, has a good eye for homespun ugliness. The clashing bodies and personality types of parents Roger and Brenda are certainly exploited for their cinematic potential, but Cohen doesn't render them grotesques, either, lingering earnestly on their respective health issues and their roles at managing both the home and the Manor.

Still, you wish he had the sense to focus his energies on the weird intimacies of the business of running the club and the family simultaneously, best expressed in one great shot that finds Roger handling an irate and nude employee's request for more money while Junior is trying to introduce his father to his new girlfriend. These moments are far more compelling than the personal reflections that clog Cohen's stilted voiceover, which all too often lapses into observations like this one: "Everyone likes being at The Manor. I know my brother does. I'm on the fence." It's to Cohen's credit that we already know before he tells us, and to his detriment that he can't resist saying so anyway.