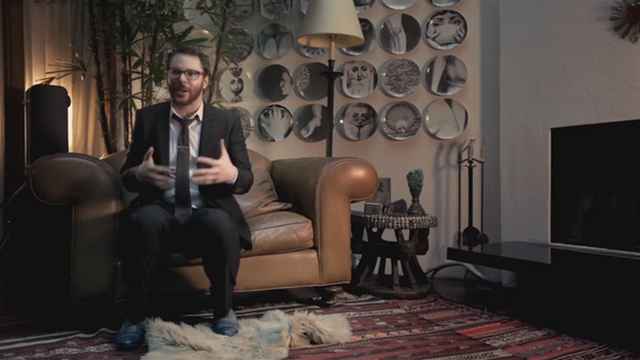 by Angelo Muredda Who would have expected both Bill and Ted to become a pair of slick documentarians about media revolutions? Just last year there was the Keanu Reeves-produced Side by Side, and now, Alex Winter's Downloaded, an engaging if overly twee sort-of prequel to The Social Network about the formation and early death of Napster. Downloaded moves at a good clip, establishing early on both the company's miraculous birth over a bunch of IRC chats between nerdy cofounders Shawn Fanning and Shawn Parker (interviewed in a ridiculous penthouse suite that Facebook built) and the larger systemic changes in information-management that produced their baby, the first major decentralized file-sharing system. Winter gets utopian about the spirit of exchange that ensued when campus-dwellers started trading their Nirvana concerts and Sugar Ray singles in the late-Nineties, but you can forgive him for getting misty-eyed: It's easy in retrospect to forget just how easy and inevitable library consolidation through downloading became when Napster took off.

There's a lot of juicy recent history packed in here, but Winter sometimes lets his subjects overestimate their importance. Fanning's contention that Napster's peer-to-peer chat system was a model for wall-to-wall conversations on Facebook feels like a huge stretch if you were around at the time (guilty) and remember Napster users' penchant for cryptic usernames rather than the full disclosure approach of Mark Zuckerberg's network. (You'd think Parker would field all the prophetic glances towards his next big venture.) The score, by DJ Spooky, also gets awfully sentimental as the film inches towards the waning days of Fanning's empire, an odd approach given that no one came out of this raid on the RIAA empty-handed. As a pop survey of an important cultural moment, though, this will do until the inevitable Aaron Sorkin adaptation.