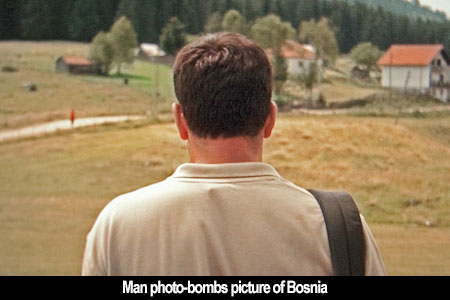 by Angelo Muredda 2012 was an unusually rich year for Canadian cinema, from the strangely fruitful pairing of David Cronenberg and Don DeLillo in Cosmopolis--though it comes from DeLillo, is there a more Cronenbergian line about deformity than the doctor's insistence that Robert Pattinson let his mole "express itself"?--to the near perfect genre vehicle of Michael Dowse's Goon. Both films are legibly Canadian in terms of content, despite Cosmopolis's faux-Manhattan setting, but one of the most heartening developments in last year's crop was a turn to formalism that might confound expectations about what our movies are supposed to look and sound like. Weird Sex and Snowshoes, both Katherine Monk's book and Jill Sharpe's documentary adaptation of it, sketched a history of Canadian cinema through its dourness of tone and harsh thematic machinations--necrophilia, the malevolent north, and so on--so successfully as to canonize that image. Yet films like Panos Cosmatos's Beyond the Black Rainbow and now Igor Drljaca's Krivina (which debuted at last year's TIFF) are a nice reminder that there's also a sharp formalist strain, à la Michael Snow, for which such thematic surveys can't quite account.

Krivina is an impressive debut feature from the Toronto-based filmmaker, a slick calling card even when it loses its narrative footing for the occasional stretch. The film follows construction worker Miro (Goran Slavković), a Yugoslavian immigrant housed in Toronto since the late-'90s, as he searches for news of Dado, an unseen friend who's apparently been charged with participating in war crimes since they last spoke. Never really at home in his adopted country, Miro heads back to Bosnia to find him, engaging in a number of elliptical conversations with old acquaintances in older haunts as he effectively circles back to himself. The Bosnian and Toronto landscapes (and soundscapes) tend to melt into each other in one of Drljaca's boldest conceits, a predilection for lengthy tracking shots jolted out of their continuity by sudden shifts in geography.

Drljaca is clearly working in a stylized realm akin to expressionism, charting Miro's post-traumatic, jumbled state of mind after the Bosnian War through these spatial transgressions and even cannier moments of bifurcated sound design. Miro's ears, and ours, take in a mixture of diegetic sounds from wherever he stands at the moment--a construction site, a bird's flapping wings--and remembered sounds from elsewhere, including the haunting melody of a folk song that appears to point him back to his origins whenever he deviates from them. One cut from a colleague's cell-phone ring in a car to a phone alarm in Miro's apartment is especially jarring, partly because it's so continuous despite the radical location shift.

The coup here is how Drljaca manages to anchor this formal play in his sparsely-constructed script, which takes seriously Miro's restlessness as an immigrant and a former refugee, even as it marries this story to a fairly traditional quest structure that doesn't always pay off. The few sustained stretches of dialogue we get (Miro is not exactly loquacious) are from his co-worker Drago (Jasmin Geljo), who relays his refugee status in stark terms on their morning drives to work. Drago's prickliness makes him a more interesting case study for the Canadian refugee experience than what's arguably been the best developed example in our cinema so far, the title character of Philippe Falardeau's Monsieur Lazhar. His account of being offered free euthanasia for his dog upon arrival at the refugee centre is chilling, despite the writerliness of the speech in this otherwise quiet film. With his lengthy dreamlike sequences of characters hurtling through space in vehicles, Drljaca's main inspiration seems to be the discombobulating lyricism of Tarkovsky, but Krivina is neither mere imitation nor homage so much as an earnest point of departure.