A Man and a Woman: Jean-Louis Trintignant and Emmanuelle Riva - TIFF Cinematheque Retrospective 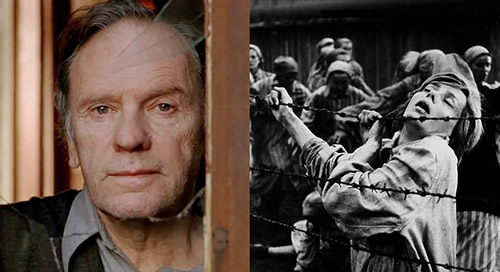 by Angelo Muredda When Michael Haneke's Amour met its first wave of hosannas at Cannes, the press seemed eerily unanimous with respect to all but the film's place within the German-Austrian taskmaster's oeuvre. Although some were quick to call it the warmest of his many portraits of couples in crisis (it would be hard not to be), others saw it as of a piece with his austere horror films about complacent bourgeois hoarders reduced to ashes by external invaders--in this case, not the home intruders of Funny Games or Time of the Wolf (though there is a break-in, for those keeping score), but the more insidious threat of age-related illnesses. The truth is probably somewhere between those poles. It's no surprise that the key players in this two-hander are named, as they always seem to be in Haneke's pictures, Anne and Georges Laurent--sturdy middle-class monikers for tasteful piano teachers. But it's difficult to wholly ascribe the universal quality we often associate with Haneke's Laurents to the familiar, if weathered, faces of Jean-Louis Trintignant and Emmanuelle Riva, who--far more than the chameleonic Juliette Binoche or Isabelle Huppert, other Haneke collaborators--recall a bygone era of French cinema.

If there's a double-irony in the fact that both Trintignant and Riva are instantly recognizable as themselves in Amour, it's that throughout their careers they've often embodied types more than individuals. They've served, for example, as the quintessential naive boy-scout and provincial maid in their early films and as older, more tortured versions of the same in the chapters that bookend Krzysztof Kieslowski's Trois couleurs trilogy, whose ironic casting suggests a blueprint for Haneke. With the James Quandt-programmed retrospective A Man and a Woman: Jean-Louis Trintignant and Emmanuelle Riva, TIFF honours both the universality of their performances and the particular corporeal stamp Trintignant and Riva put on a film like Amour. Indeed, for all its dependence on archetypes to deliver the bruising force of the titular love affair between two shut-ins closer than parent and child, Amour no doubt strikes some as uncharacteristically warm, even personal, because we know Trintignant's raised eyebrow and Riva's far-off gaze. 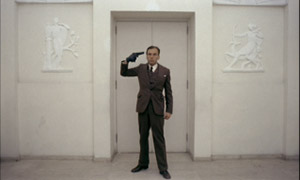 We don't typically think of actors when we talk about auteurism, but as Quandt's selection shows, Trintignant is a performer who brings a certain cache with him across his body of work, and as such has long galvanized directors into casting him either to or against type. There's a remarkable consistency to the way he's used by filmmakers as disparate as Roger Vadim and Eric Rohmer as a strident sort of dandy, even if Rohmer's My Night at Maud's allows his Catholic mensch more shades than the puppy desperately lapping at Brigitte Bardot's heels in ...And God Created Woman. Trintignant's borderline-lost quality in these films--the implication in his furrowed brow that he's always just a step away from slipping out of his composure, even behind dark sunglasses--is picked up and refined by Costa-Gavras and Bernardo Bertolucci, who in Z and The Conformist, respectively, find something paranoiac in his steely good looks that prefigures Jack Nicholson in Chinatown. 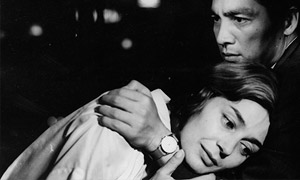 While Haneke claims to have written Amour specifically for Trintignant, it's his casting of Riva that relies most on the actor's already-established image for the movie's haunted quality. Rather like Naomi Watts, alongside whom she is currently nominated for a Best Actress Oscar, Riva has often been called upon to embody suffering saints, most memorably in Gillo Pontecorvo's Kapò, where she plays a delicate political prisoner who is spiritually broken in a concentration camp. Her tragic end in Kapò, in a tracking shot famously blasted by Jacques Rivette as the epitome of tastelessness, is as iconic as they come, but the more apt thematic touchstone for her work in Amour is surely Alain Resnais's not-insignificantly-titled Hiroshima mon amour, as the unnamed French actress scarred by her punishment for taking up with a German soldier in the closing days of the war.

Kieslowski revisited that performance in Blue, casting Riva as Binoche's Alzheimer's-diagnosed mother, her illness either a cosmic comeuppance or a gift granted to make up for her insistence in the Resnais film that she remembers everything, even the national trauma that, as her Japanese lover reminds her, does not belong to her. In the last act of Haneke's revision, as in Kieslowski's, Riva's face becomes an inscrutable mask on which other characters try to glean the past--an act Anne herself undergoes in her final moment of lucidity: a photo-album reminiscence session that ends with her half-ironically celebrating the joys of a "long life." She might be yet another of Haneke's Annes, then, the latest glutton for his punishment, but the girl she glimpses in those photos, and the woman Trintignant comes to scan for signs of life thereafter, is undoubtedly the Riva we know from other films. 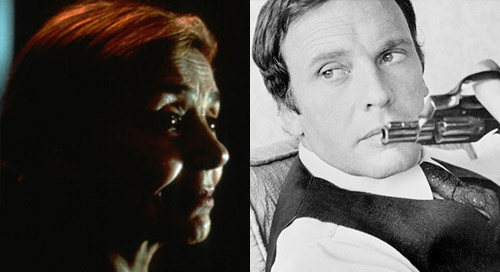