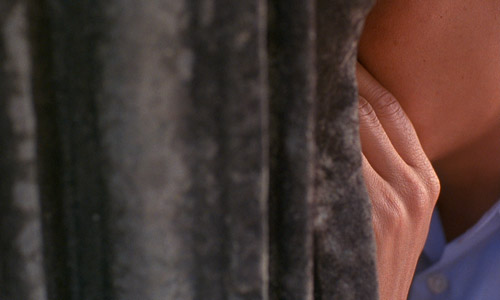 by Walter Chaw The middle film in a loose trilogy by Chinese filmmaker Wong Kar-wai (the others are Days of Being Wild and 2046), In the Mood for Love is a love-drunk ode to the confusion, the intoxication, the magic, and the tragedy of being in love. It speaks in terms proximate and eternal, presenting lovers cast in various roles across years and alien geographies, placing some objects in the position of totem and memento and others in historical dustbins to be abandoned, forgotten. It links the act of watching a film to the act of seduction (Days of Being Wild might be even better at this), and there's a strong sense in In the Mood for Love that Wong is playing the artifactor of both sign and signifier: He's doing the T.S. Eliot two-step of authoring Prufrock while simultaneously providing the distance to criticize it.

Working without scripts in a symbiotic frisson with DP Christopher Doyle, Wong created in the '90s an extraordinary body of work that evokes the exact dislocating ecstasy of being in love--not lust, nothing so coarse as that, just the wisdom that when you're in love, the way she crosses her legs, the way hair falls across her cheek, is a portal for transport. Several times in the course of In the Mood for Love, we observe a tin soup-pail as it bumps against Mrs. Chan's (Maggie Cheung) thigh while she walks down a lonesome alley. Wong and Doyle shoot it in slow-motion and extreme close-up, but it's not to objectify her; it's not for us to leer, it's for us to swoon, to see it through the eyes of Mr. Chow (Tony Leung). In the first interlude, she walks back and forth alone. Then Mr. Chow bumps into her; and then he's waiting for her. It's all done in such a way that we wouldn't realize a passage of days has been documented if not for Mrs. Chan's dress changing from section to section.

Mrs. Chan and Mr. Chow and their respective husband and wife move into separate spare rooms of a crowded building on the same day. Their possessions mingle. Later, Mrs. Chan will borrow a stack of books from Mr. Chow--martial arts serials, mostly, pulp fiction of a kind particularly popular in 1960s Hong Kong, during which the film is set. In time, they discover that their spouses have started seeing each other, so they meet, Mr. Chow and Mrs. Chan, and they playact how it could have happened--not the sex, but the attraction that leads to the infidelity. They go through it, they practice confronting their Others; in one of only a few instances where they actually touch, Mrs. Chan puts her head on Mr. Chow's shoulder to cry. "See? It just happens," he says, and neither of them ever acknowledges that it's just happened to them. A little past the hour mark, Mrs. Chan waits for Mr. Chow in the rain, and In the Mood for Love watches them stand there for a while beneath an eave on a deserted backstreet. They'll say goodbye soon, and in one take, we see them hold hands for a second; in another, they're in full embrace, weeping. It's non-narrative, and it speaks with impossible eloquence to what happened in their hearts vs. what happened in reality. "This isn't real," he says, but it is, and it's the only romantic interlude in the film not in slow-motion. Notions of what's real and what's not have lost their significance. In the Mood for Love is all loss now, all regret as it captures that moment replayed endlessly that you let slip away because of no good reason you can remember now.

Appearing in 2000, In the Mood for Love is the perfect millennial picture, balanced somewhere between the unrequited past and laden future. Consider a sequence where the two love-stung lovers sit back to back with the walls of their rooms dividing them, the camera swaying gently back and forth between them. It's not unlike the "seduction" scene from Budd Boetticher's Seven Men From Now--a strange connection, I know, but defensible from the perspective of the two pictures' poetic, romantic brevity. In the Mood for Love is akin to an Edward Hopper painting in its beautiful, simple depiction of longing in isolation. It's about abeyance and denial, and ultimately about exquisite, aching regret. Shot in lush reds and hedonistic textures, in claustrophobic spaces, in the dark, and in the wet, it's about the glances exchanged by two beautiful people who've walled themselves away in arrogant, Romanticist bowers.

It's predicted, all of it, by that astonishing five minutes at the end of Days of Being Wild with Tony Leung getting ready to leave his little attic apartment, cigarette dangling from the corner of his mouth as he fills his pockets, impossibly young and innocent still of every heartbreak looming there in the film we've just left behind. He combs his hair in the reflection of a cloudy mirror--and that's everything you need to say, really, on the subject of nostalgia and its mysterious, jealous hold on us. It's the prologue to every night you left the house feeling good, vibrating with the possible. When I watch In the Mood for Love nowadays, I start with that scene from the previous movie in mind. It's not the same character (at least, not explicitly), but for Wong, by using the same actors over and over again, he's created a whole from these parts that's interested in how every act of falling in love is at once the same and independently miraculous for the participants. Ethereal, evanescent, evocative of true, ineffable experience, In the Mood for Love is amazing. 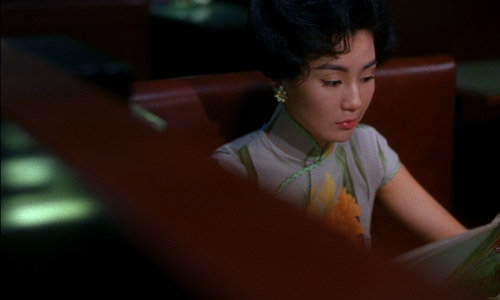 THE BLU-RAY DISC
Criterion knows that and presents In the Mood for Love in a brilliant 1080p transfer pillarboxed to the original 1.66:1 aspect ratio. I've seen this movie projected twice in 35mm and the image here trumps both viewings in terms of brightness and detail while retaining an ideal level of "filmic" grain throughout. I know that celluloid is dead, long live DCP and RED and all that, but if I could make a case for it, this would be Exhibit A. Every thread of Cheung's exquisite wardrobe is tactile--a close-up of a stack of meaningfully-returned books at the midpoint is so well-delineated that you feel like you can run your fingers down it and rustle the pages. The picture's rapturous, rich palette is matched by a subtle 5.1 DTS-HD MA track that uses the rear channels in subtle ways while reproducing dialogue and score with absolute clarity and, vitally, warmth. It's not a powerhouse mix, of course, given the languidness of the film, but it is pure and logical. Shigeru Umebayashi "Yumeji's Theme," a waltz with what sounds like cello, has been a stalwart on my iPod for years--it always gives me chills--and it sounds better than ever on this disc.

"In the Mood for Love" (51 mins.) is a making-of/B-roll compendium in the Wong style that eschews much structure in favour of random interviews on set with the principals and a sampling of alternate takes that would have made for a significantly lighter film. It's worth mentioning that although In the Mood for Love is almost overwhelmingly lovesick, it does reveal a fairly sharp sense of irony, even cynicism, in its exchanges. In the close attention paid by their respective boarders, it recalls the opening moments of Splendor in the Grass; in Mrs. Chan's interactions with her boss and the just-off-screen conversations Mr. Chow has with his wife ("She went home early? Oh, she always forgets to tell me"), there's some comedy of awkwardness; and in one off-screen conversation between the unseen wife and the absent husband, there's a utilitarianism that deflates the headiness, if only briefly. More such moments are captured in this doc--but for my money, just the right amount survived.

Four extensive deleted scenes (33 mins. in toto) could have easily made the final cut, given that they're basically extensions of existing scenarios with the actors, completely committed and still heartbreaking, embodying additional interactions--forwards and backwards--with conviction and heat. Wong provides occasional, optional commentary that's largely unhelpful in his oblique way. Hua Yang De Nian Hua (3 mins.) is a Wong short that demonstrates a certain nostalgia for a few lost classics of early Chinese cinema, while "Wong Kar-wai" (22 mins.) is an interview that touches briefly on his working style and the guiding principle of this picture's creation and, finally, of all his work. If there's an analog to Wong, it's Ozu, in that his films are mainly variations on one theme that deepen when taken as a whole. In the Mood for Love is possibly his most independently accessible flick from this period (either that or Chungking Express), but it also deepens pleasurably, impossibly, the more familiar one becomes with the rest of his oeuvre.

"Toronto International Film Festival" (44 mins.) is a panel discussion with Cheung and Leung from the 2000 TIFF in which they elaborate on their relationship with Wong and the difficulties--and pleasures--of working without a script, their only safety net their trust in one another and in Wong. A genuine product of a creative company, the film is something like an immaculate conception. "On In the Mood for Love" (24 mins.) is a detailed, lovely interview with critic and historian Tony Rayns, who discusses the picture itself and its role in Wong's larger filmography. I would've loved Mr. Rayns to have done a commentary for the whole damned thing, though he does return for a look at the music (8 mins.) that includes playable cuts from the soundtrack in DD 5.1 (28 mins. in toto). It's worth it. We should talk some time about how traditional Chinese music sounds a lot like bluegrass. Six trailers and TV spots round out the platter. All of this material, by the way, is presented in HD; the newer stuff is native 1080p, the more archival pieces up-res'd to 1080i.

Criterion packages the BD with another of their legendary pamphlets, this one featuring not only an essay by author Steve Erickson (Zeroville) that places the film beautifully in the context of Days of Being Wild and 2046, but also an English rendering of Liu Yi-Chang's short story "Intersection"--a key influence on the movie's genesis--that's clearly lost something in the translation. What remains is a brief passage late in the story where its starcross'd lovers are described in physical relation to each other: next to, behind, following. 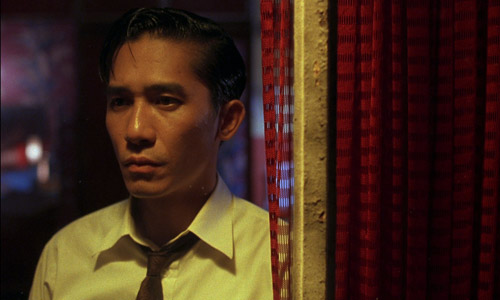