Identification of a Woman (1982) [The Criterion Collection] - Blu-ray Disc 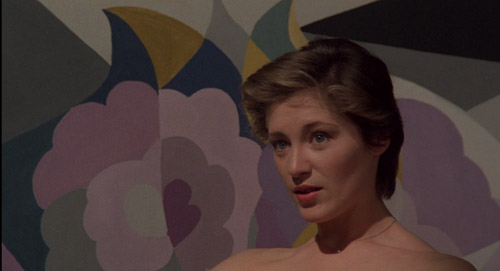 by Angelo Muredda When SIGHT & SOUND announced the long-awaited results of their 2012 critics poll earlier this month, the Internet was abuzz with the shifting fortunes of Citizen Kane and Vertigo--the flip-flop heard 'round the world. Less noted was the latest demotion of Michelangelo Antonioni's L'Avventura, which debuted at a startling second place in 1962's poll (the film was only two years old at that point), then steadily declined with each decade before landing at number 21 on the most recent survey. What to make of this seemingly calamitous downward shift? Probably not much. Like fellow countryman Federico Fellini, who's also been increasingly received as a curio despite the continued respect for 8½ (particularly among directors), Antonioni's canonical films are stamped by their era; L'Avventura's downgraded fortune likely says as much about the limited shelf life of European modernism--which its cool classicism and intellectual rigor so fully embodies--as it does about the film itself.

If L'Avventura is the Rosetta Stone for an aesthetic that once ruled and is now admired largely for historical purposes (that is, when it's not being recreated by the likes of Sofia Coppola in the underrated Somewhere), 1982's Identification of a Woman scans as a recalibration of that aesthetic from a distance of twenty years--the film-history equivalent of a later installation in Michael Apted's Up series. Its reputation as minor Antonioni is well-deserved, given that there's nothing particularly fresh about its intersecting depictions of the battle of the sexes and the cinema as image-maker. Tonally, though, it's a surprisingly warm example of what Edward Said has called "late style," the manifestation of an artist's awareness of his or her impending mortality (not to get too pop-psych) via a late-career work that variously strives for a spirit of reconciliation and frustratedly reopens career dialogues long thought to be closed.

Antonioni's fondness for romantic threesomes with one of the partners taking an extended sabbatical at a critical point is back not so much with a vengeance but with a heavy sigh. The film traces the efforts of director and recent divorcee Niccolò (Tomas Milian) to fill the ex-wife-shaped void in his life with a new muse. The main contender, at least for a while, is Mavi (Daniela Silverio), a sharp-featured aristocratic dame he meets, of all places, at his sister's gynecology practice. Mavi is good for a bedroom tryst or two, depicted in odd detail for a director who usually works by insinuation, but she comes with baggage, like her blue-blood background and, worse, a menacing suitor who threatens her new lover in the sacred space of an ice-cream parlour. Like so many of Antonioni's women, Mavi soon vanishes, leaving Niccolò with another hole in his heart temporarily filled by down-to-earth actress Ida (Christine Boisson), who's everything Mavi isn't but still only half the muse Niccolò has in his mind's eye.

It isn't such a stretch to say that Niccolò's doomed efforts to make a woman in his image are the self-critical lamentations of a filmmaker known for his collaborations with a line of European knockouts, from Monica Vitti to Jeanne Moreau. Even so, offering two deliberately flat archetypes--Ida could just as well be credited as Countryside Girl--as proof of an inability to capture something like the complex essence of a woman (or women) is hardly feminism. What registers here isn't so much the apologetic meta-argument about Niccolò's--and, by extension, Antonioni's--trouble with breathing life into a mold (ground covered less sloppily by Andrei Tarkovsky's Solaris, among countless other films), but the unabashed sentimentalism of the conceit.

Niccolò's vanity and brittleness feel like a minor watershed for the more traditionally reserved Antonioni. The film's most discussed sequence, where an angry Mavi storms off and disappears in a thick fog after an argument, leaving Niccolò to drive frantically through the mist to find her, is rare in the way it does double duty as both a fairly shallow epistemological statement about the camera as a fallible eye that can only see as far as conditions allow and a moment of real vulnerability for a protagonist who's previously seemed more like a conceptual stand-in for his director. Niccolò's blind drive feels as helpless as a passage from the fifth season of "Mad Men" in which Don Draper similarly loses his spouse following an argument. That a contemporary, pedigreed soap opera, one that also prides itself on its sartorial elegance and critique of masculinity, should apparently gesture to this film speaks to Identification of a Woman's odd resonance in spite of its otherwise paper-thin characters and stock dialogue.

Affecting as that sequence is, the picture otherwise never quite delivers on the emotional level that's clearly being targeted, working mostly as a conflicted time-capsule of 1960s formalism--slow tracking shots modifying immaculate compositions--meeting the gauche synths and shoulder pads of the '80s. As far as that mix goes, Identification of a Woman is a watchable experiment, the director's usual fetishization of well-coiffed bodies and tastefully-stocked bookshelves seeming at home in the time of Reagan and the "Me" Generation. But as with Niccolò's unfinished, faintly illusory paramours, one can't shake the feeling that this is more a shadow of a larger directorial project, a late-style work that depends on its mild digressions from the oeuvre for its sense of self, than a film that stands on its own. 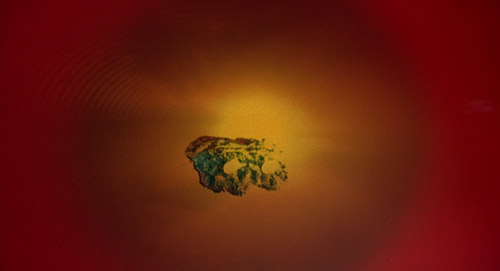 THE BLU-RAY DISC
Criterion presents Identification of a Woman in its original aspect ratio of 1.85:1 via a strong 1080p transfer with solid black levels and moderate grain. There's a great deal of depth and clarity, essential given Antonioni's attention to matters of personal style. (Check out the patterns on Niccolò and Ida's matching tweed blazers.) Yet while it's an impressive presentation overall, flesh tones are a bit off at times; early on, Niccolò has a jaundiced look about him, whereas at an aristocratic bash later on, his skin appears artificially warmed, as if he's smoothed some rouge into his cheeks. The uncompressed 2.0 mono soundtrack, remastered at 24-bit, is decent as far as it goes, although there's audible background hiss throughout.

This is a bare-bones release, especially by Criterion's standards, with nothing in the way of extras besides a trailer (in 1080p) and a 28-page illustrated booklet. Included therein is an interview with Antonioni from FILM COMMENT's summer 1983 issue--the discussion is mostly about love--and an essay by VOGUE critic John Powers. Powers makes a decent case for regarding the film as an unusually generous, fairly casual effort from an established director easing into his 70s with no further axes to grind. I buy it.