by Bill Chambers SPOILER WARNING IN EFFECT. Sony division Screen Gems, which went from being safe harbour for offbeat studio fare to an opponent of original thought with a remake-heavy slate*, cynically CW-izes another exploitable but ew, old! title with their Single White Female clone The Roommate. It might be genius compared to Single White Female 2: The Psycho, but know that The Roommate is ultimately about as sensitive as that dtv sequel sounds. Playing the most conspicuously mature college freshman since Thornton Melon, "Friday Night Lights"' Minka Kelly is Sara Matthews, a small-town transplant studying fashion design at ULA, whose campus appears to consist of one courtyard, one coffee shop, a random frathouse, and a couple of dorms. (Maybe the letter "C" got custody of everything else in the divorce.) Young Sara gets a roommate in Rebecca ("Gossip Girl"'s Leighton Meester), an art student who announces herself as a humourless prig by refusing to let Sara's similarly geriatric buddy Tracy ("Hellcats"' Aly Michalka) shorten her name. Rebecca gets very clingy very quickly, and the filmmakers fail to provide any explanation for Sara's tolerance and weird rationalizations ("She's just overprotective") beyond the Freudian catchall that she, Sara, is still grieving for her dearly-departed sister. Which in itself is a non-sensical, arbitrary inversion of Single White Female, wherein the Rebecca character is cast adrift after losing her identical twin, driving her to transform herself into another woman's doppelgänger. (It was a facile yet efficient bit of pop psychology.) If the makers of The Roommate did Batman, the Joker would be a billionaire who lost his parents.

Suffice it to say The Roommate is uninspired, except in a couple of fleeting moments where having to play coy to earn a PG-13 rating seems to embolden the filmmakers to attempt real ambiguity. When Sara and Rebecca first meet, it's late and Sara's had a few drinks. She trips over something in the dark and turns on her light; Rebecca, already awake, politely introduces herself. Following a brief exchange of words, Sara leaves to go puke, and Rebecca slinks out of bed to turn off Sara's light. I liked this because I didn't totally understand it. On the one hand, it's an innocuous gesture: maybe Rebecca's sat in the dark so long the light is bothering her; maybe she's just conscientious about conserving electricity. On the other hand, I'm reminded of the great Australian film Proof, in which the housekeeper to a blind man moves his furniture a few inches, then watches maliciously as he bumps into it. She's trying to chip away at his sense of independence, because she's infatuated with him and wants him to feel like he's helpless without her. I kept thinking that Rebecca was hoping to recreate Sara's drunken stumble, not necessarily out of sadism, but to establish some kind of vulnerability she can exploit. Then there's Rebecca's encounter with a girl (Nina Dobrev) from back home who happens to appear in the majority of Rebecca's DiCaprio-in-Titanic-esque sketches. (Making it highly unlikely that Rebecca would idolize weirdo Richard Prince as she does, but I digress.) You could cut the tension between these two with a knife...and then the girl essentially does. "You were never my friend!" she snaps, rendering Rebecca speechless. It's only natural to see this nameless pretty as a beta-test version of Sara, but is it accurate? Their interaction hints at something else, something like sexual humiliation. (For all Rebecca's obsessive devotion to Sara, her feelings towards her are, I would argue, finally platonic.) Maybe I'm projecting, but that's the beauty of this moment: It's an inkblot, barely foreshadowed and never, admirably, resolved.

I suppose I also liked Billy Zane, the only cast member savvy enough to realize he's in a Zalman King movie. Though Zane's cheap charisma is often unwelcome, it's like oxygen compared to the synthetic, TV-grade charms of Meester and Kelly. (Indeed, I believe The Roommate marks the first time I've ever considered Zane too good for something.) Rebecca unconvincingly fakes an Oleanna scenario to get Zane's oily professor fired in unsolicited retaliation for being a creep to Sara, his star pupil. Nothing if not a completist, she additionally sentences a meddlesome kitten to death-by-clothesdryer and goes after an ex-boyfriend (Matt Lanter) of Sara's who's already out of the picture, although rather curiously and rather comically, she appears to regard Sara's current beau (rapist-eyed Cam Gigandet) as a benign threat at best, at least until circumstances pit them against each other at the climax. Maybe she's thinking what we're all thinking: that this joker's fifteen minutes are almost up anyway. Sadly, while the ex-boyfriend kill is a direct homage to Single White Female, down to Rebecca molding herself in the spitting image of Sara to fool the bleary-eyed chump (she seals the deal with a matching tattoo of Sara's dead sister's name on her tit (because where else on your hot bod would you want to honour your dead sister?)), the film doesn't repeat the stiletto-heel gag that made that scene so memorable, replacing the murder weapon with the more prosaic choice of a box-cutter.

It's for reasons that go beyond The Roommate's departures from Single White Female, however, that Rebecca's rampage isn't gratifyingly stupid in the way these things should be. Like the monster in Tobe Hooper's The Funhouse, Rebecca, whose major malfunction is explicitly identified as one of brain chemistry, is more pathetic than anything else. But The Funhouse not only has a lot of things going for it that The Roommate does not, such as incredible production design, Dean Cundey-ish 'scope cinematography, and a winsome "Final Girl" in the person of Elizabeth Berridge, it also has the good sense to turn our reflex pity into pathos. The Roommate looks cheap, offers a cardboard heroine in Sara/Kelly, and is grotesquely misanthropic. Both The Funhouse and The Roommate want us to feel their monster's suffering, but where the former views putting the monster down as mercy, the latter views it as justice. When Rebecca's mother (Frances Fisher, whose career didn't stop sinking when the Titanic did) spooks Sara by asking her whether Rebecca's been taking her medication, she looks less afraid for her daughter than afraid of her, like the parents of Anthony Fremont in It's a Good Life. Instead of confronting Rebecca about her condition, Sara snoops through her stuff, Googles the layman's term for her prescription (uh-oh and no shit, Rebecca's on antipsychotics), and drops her like a bad habit. The story The Roommate's really telling is one in which various institutions fail a very sick girl, culminating in the girl's best friend stabbing her in the back. Literally. Well, they shoot horses, don't they? 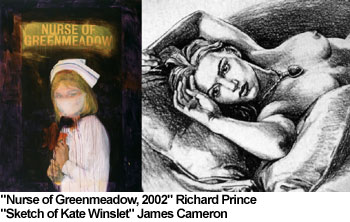 THE BLU-RAY DISC
Sony spits The Roommate out onto Blu-ray in a glossy 2.40:1, 1080p transfer. While the movie's taupe-heavy set design becomes visually tedious, the native-HD image--Panavision's Genesis camera was used--adapts well to the format, with deeper, richer contrast than digital productions typically yield. It's ersatz filmic if filmic at all (not a speck of grain in sight), but certainly not a disappointment within its technical context. The Roommate's adorned with a state-of-the-art teen-thriller mix featuring sting notes, generic rock songs, and plenty of lamentable dialogue, all of which is unimpeachably rendered in a clear, resonant 5.1 DTS-HD MA track. Also on board is a full-length, English-language commentary from Danish director Christian E. Christiansen, who previously helmed the Oscar-nominated short Om natten. Christiansen is clearly a film fan, saying he knew Zane from Back to the Future and Dead Calm and pointing out that one scene was shot in the diner from Se7en, at the exact same table where Gwyneth Paltrow confessed her pregnancy to Morgan Freeman. He admits to taking a pragmatic approach to the gig, quasi-apologizing for the constant cutting back-and-forth by saying if you don't cover the shit out of everything, especially on your first big movie, the powers-that-be will find someone who will.

Christiansen also suggests that studio interference led to a lot of class subtext falling by the wayside, and in one of the more interesting "Deleted & Alternate Scenes" (there are seven in all, running 6 minutes total), Sara openly feels entitled to the last textbook in stock because the other woman wanting to buy it is wearing a Jimmy Choo handbag. Although these elisions--most of which revolve around Rebecca's stalking of Sara's cute lesbian friend Irene (Danneel Harris, not to be confused with Halloween cutie Danielle Harris)--are 4:3 letterboxed (!) in standard definition, the remaining extras are presented in HD. In "Obsession: The Making of The Roommate" (9 mins.), producer Doug Davison assesses the film's premise in terms of its commercial prospects without mentioning its debt to Single White Female, while "The Roommate: Next Generation of Stars" (5 mins.) begins with an inane, tone-setting quote from writer-producer Sonny Mallhi: "We cast people who could play this in a real way." Kelly cryptically offers that she "knows what it's like to want to move on" (in reference to the dead-sis subplot), but otherwise, it's as rote as they come. Lastly, "Dressing Dangerously" (4 mins.) has costume designer Maya Lieberman comparing the Pasadena/swank and Des Moines/vintage sartorial styles, respectively, of Rebecca and Sara, which she let converge and flip-flop over the course of the picture. She's probably put more thought into The Roommate than anyone. A promo for Blu-ray 3D plus trailers for Insidious, Just Go With It, and Country Strong cue up on startup of this BD Live-enabled disc. Originally published: June 27, 2011.

*Like some ONION article sprung to life, they actually remade a film that was only three years old and already in English (Death at a Funeral). return