Hot Docs 2012: Shut Up and Play the Hits (ds. Will Lovelace and Dylan Southern) 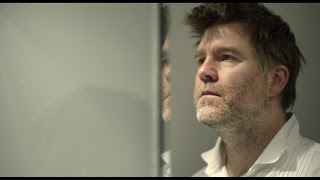 by Angelo Muredda “It’s like a sad hipster DJ Revolutionary Road.” That’s recently-retired LCD Soundsystem frontman James Murphy on first single “Losing My Edge” in Will Lovelace and Dylan Southern’s by turns ebullient and funereal Shut Up and Play the Hits. “Losing My Edge” is one of the dance-rock act’s infamous “position songs.” You could think of it as a hunted gazelle’s lament before the wolves swoop in, masquerading as a thirtysomething’s off-the-cuff recitation of his musical knowledge before a pack of preternaturally all-knowing twentysomethings who are “actually really, really nice.” It’s probably the best example of Murphy’s uncanny ability to position himself at the edge of things – in this case between the accumulated experience of old-school music appreciation (it’s not for nothing that the last LCD album was called This Is Happening) and new digital ways of knowing by downloading in massive quantities. Credit Lovelace and Southern, then, for positioning their film at the same edge, and delivering a concert film of LCD’s last show at Madison Square Garden that’s a self-consciously dead record of a living wake, announcing itself as a funeral even before the credits.

Despite the inherent past-ness of the concept – it could well be called This Has Already Happened – Lovelace and Southern do a fine job of capturing the live experience of both an LCD concert from the audience and a meticulously crafted last hurrah from the view of those onstage. Their footage of a dozen or so tracks from the show is sharp and unfussy: Murphy is generally shot from three different fixed angles at medium distance in mostly long takes, with the exception of an ambitious shot during “Us V. Them,” which takes its cue from the mirror ball and whirls around the theatre to track the crowd.  They’re also attentive to the state of suspended animation in which Murphy now finds himself, interweaving this concert material with vérité footage from the day after (mostly of him taking ages to shave and make coffee) and segments of an interview from the week before with Chuck Klosterman. Klosterman is insufferable, badgering Murphy into admitting that early retirement was a mistake he’ll soon regret. But this reliance on someone else’s interview is a refreshing conceit all the same – a way to tease out Murphy’s ambivalence about his age and about the young folk who will replace him without resorting to tired doc trappings like voiceover and talking heads. It’s consistently absorbing, as funerals go. ***/****