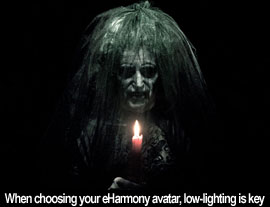 by Walter Chaw A fairly well-done, old-fashioned child-imperilment/haunted-house movie until it falls completely off the rails and starts playing like Phantasm II (but not in a good way), James Wan's jump-scare-athon Insidious is chiefly influenced, for what it's worth, by Poltergeist, though it also references that "Twilight Zone" episode where a girl falls into a parallel universe. It sports a spirit medium and a crack team of ghost-hunters, naturally, as well as a little kid lost and a bombastic third act about braving the Other Side that deeply dishonours whatever minor pleasures there were to be had in the previous two. All of which would be more the pity if that dreary, extended set-up amounted to much more than the real dread of a child fallen mysteriously ill surrounded by the usual crap about doors creaking open, phantoms visiting the half-asleep (in the film and in the audience), and a baby crying for an hour before she disappears when the film no longer feels it can continue to exploit it without actually killing it. It's that unwillingness to present bigger stakes that hamstrings Insidious; a lot like the creeping morality underpinning Wan's Saw (and the DIY sequels it spawned), the picture reveals itself to be pretty safe in its worldview, therefore freeing it of dread in favour of non-stop startle that fades, quickly, into fatigue. If it's not going to go there, it's only ever going to be what it is.

Not that Insidious doesn't have a couple of promising ideas. Distant daddy Josh (Patrick Wilson), for instance, is a milquetoast teacher with a troubled childhood who avoids dealing with his family's mounting traumas by staying late at work. What if, when his son falls into an inexplicable coma, Insidious had made the resolution of his ailment some moral comeuppance for Josh's absence? Better, why not posit a situation in which a child, "vacated" somehow by his father's inattention, is replaced, changeling-like, by a poetic rebuke, leading to the father needing to make some sacrifice. Instead, Insidious endangers lovely mommy Renai (Rose Byrne--too good for this) and her babies before reducing her to the hysterical woman figure who contacts a spirit medium (Lin Shaye), leading to the typical stuff about surprised ghost hunters and cadaverous pronouncements and a protracted conclusion so senseless and self-defeating that it's tempting to pretend that none of it ever happened.

At the same rate Insidious loses steam as a startle-machine, it loses credibility as philosophy, meaning that although we're mildly interested in the characters (primarily based on the strength of the cast), we're not really worried for them, because the forces arrayed against them are incredibly stupid. Without giving away the film's central twist, the bad guy's a cloven-hoofed demon so impotent that the only menace it offers is that it'll reveal itself to be part of a traveling Cirque du Soleil company. All of which is to say that Insidious is more a humdinger of a missed opportunity than a total disaster. As long as the film is the haunted-house flick it says it isn't, it reminds of how effective the genre can be when done with conviction and as metaphor. Early moments of a child left unattended to explore broken ladders in cobwebbed attics speak to essential parental anxiety--that very Exorcist fear that while they think you can, you can't protect your children from the thing beneath their bed. 2006's Monster House was such a pleasant surprise because it takes itself seriously as something that could be an allegory for the disintegration of the idea of succour provided by family. Because it keeps jumping out from behind the same bush like a toddler who needs to be curbed, Insidious, on the other hand, overstays its welcome.