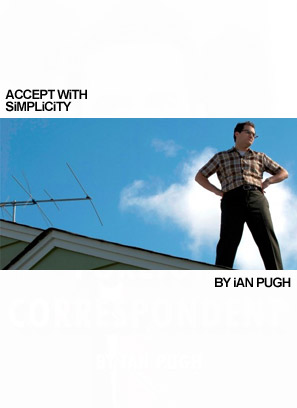 October 18, 2009|When you're a stage actor who's suddenly found himself the lead in the new Coen Brothers picture and playing Arnold Rothstein on "Boardwalk Empire", Martin Scorsese's upcoming HBO series, you're more or less obliged to accept the mantle of Rising Star. There's no doubting this guy is going places. Yet A Serious Man's Michael Stuhlbarg is exceedingly modest in describing his craft, dismissing his own contributions with a day-job casualness that seems to leave the fancy artistic crap for his directors to figure out. All things considered, his superficial distance from in-depth discussion might be a consequence of the endless variations on "What's it like to work with the Coens?" or "What's it like working with Scorsese?" he'd undoubtedly been asked dozens of times before we met at Boston's Ritz-Carlton Hotel. Either that, or he's reluctant to put too fine a point on a profession (and a film) noted for its slippery nature.

Ask him about the hows and whys of what he brings to the table, and it's obvious that he's put some, well, serious thought into it--his intelligence immediately betrayed by the wry, Harry Lime smile that crosses his face whenever he slowly, methodically searches for the right words to characterize his motivation. His unique perspective on his A Serious Man directors, their script, and his profession in general helped immeasurably in trying to parse themes that, more often than not, appeared too big and complicated to tackle. (Upon confessing I was still trying to figure the film out, he offered a very straightforward "I am, too.") Our conversation was brief, but it was also invaluably organic, simply because he's more willing to connect with his audience, and his material, than many actors in his position. Probably the nicest guy I've ever met, too--maybe I should've taken him up on his offer to explain Schrödinger's Cat.

How do you approach this kind of role, where everything you're defined by is so uncertain?
Well, I guess there's a certain amount of it that is really left up to chance. I can prepare as much as I can in terms of asking questions and making decisions about what I'd like to do, and what resonates with me, in conjunction with what Joel and Ethan want. But at the same time, I have to show up and be ready for anything. And I guess that was sort of my goal in doing this was to remain open to what the other actors would be bringing into the equation and act accordingly.

The film is based around the Coens' personal experiences growing up in the Midwest, in the '60s--what did you bring from your own personal experience?
Well, a lot of the work was done for us with the production design and with the costume design. Putting on those clothes and driving those cars, and being surrounded by those knick-knacks, it certainly made us feel a particular way. There wasn't a lot of call in the script to discuss the political climate, so I left a lot of it up to my imagination, in terms of mostly just grounding what I was gonna do in answering the questions that I had been asking about the backstory of my past relationship with my wife, my relationship with my brother, how well I knew some of the other characters in the piece. Trying to make those vivid for me, so I could approach each one with something new to think about.

You've been making a transition from Broadway to filmed media over the past few years. What has that transition been like for you?
Well, I think a lot of it--a lot of doors kind of opened for me after I did "The Pillowman" on Broadway. The show ran for seven months, and a lot of people had heard good things about it, and came to see it, and got an impression of what the story was, and what I could do from the terrific part that I got to play. And then, I think, not long after that, I got to audition for "Studio 60", and they cast me in that, so I got to know those folks a little bit and do a little work with them. I dunno, that's when doors started to open for me a little bit more than they had in the past. Within the city of New York, I had had a lot of wonderful opportunities with theatre, but in terms of film and television, the occasion for that work for me had been less so. So, y'know, it's just--we do the best with what opportunities come our way, and that's what I've been trying to do.

A Serious Man touches on a lot of universal concepts, but at the same time, it's based around a very tight-knit community. Where, specifically, in this scenario would you say Jewish identity enters into the equation?
Hmm. (pause) Well, I think it's different for each character in the piece. Judith, I think, was probably the more religious of the two of us--she's the one who probably the one who encouraged our kids to pursue their Hebrew School education, and she's familiar with terms that Larry is not familiar with. I think each character approaches their sense of Judaism individually, and rightfully so. And I think Larry's is, you know--somewhat removed. I think he's probably more a cultural Jew, and was probably thoroughly influenced by Judith's demanding that they raise their kids a particular way, and I think he's probably learned a little bit about religion through her. And then his identity kind of changes, and when...the idea is thrown out by his friend Mimi to visit the rabbi, he kind of shrugs it off at first. [But] it's not a bad idea, and we see him try to utilize those little bits of wisdom that the rabbis give him in his own life, but to not much avail. I think his is a searching identity, more cultural than religious.

Is there a nihilist streak to this whole idea? Or, maybe, if God is there, is he malevolent?
I guess you'd have to ask Joel and Ethan more about that, because they were the ones who put it together... From my perspective, they have admittedly said, over and over again, that they like to torture their characters.(laughing) So I'm the one who has to go through those sufferings and make the most of it. But... Yeah, I don't know if there's a nihilist streak. I think, perhaps, at the time they wrote the story--I've heard mixed accounts of this--at one point, the story, I think, ended on a much happier note, or perhaps a more tied-up note. But they changed that. I think they like to leave things open for people to make their own judgments. And perhaps, yeah, you should have a discussion with them about their own ideas about religion. They sort of said that the whole experience of religion was filled with small hypocrisies for them, but that's, I think, par for the secular Jew's course.

When you were considered for [this role], did you feel obligated to look into their filmography?
I did, yeah. I don't know if I felt obligated, I wanted to. I wanted to go back and look at as many of those films of theirs as I could, to just reacquaint myself with their visual vocabulary, and their sense of humour, and their sense of style. Primarily, I think, because of the sense of style, because oftentimes in their movies there's a fine line between what is asked of you in terms of the comic elements of these stories. And right before we started shooting, they showed us Burn After Reading, which has its own metabolism to it. So I tried to take in as much as I could, let it wash over me, hold onto the things that resonated with me, and let go of the things that weren't helpful, and then just try to trust the truth of the situation that we were setting up in each particular scene. 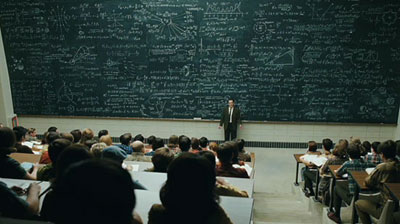 "Life has no rules."

You've described Larry as "a nice guy." But I love the way that you just burst with emotion...[so] there's obviously some façade to his social image, what he projects, but is there a façade to his niceness?
I don't know. I think it's an interesting question. I mean, Joel and Ethan--if you look at the Fargo DVD, there's a mini-documentary in there about something they called "Minnesota Nice," which is a suggestion of an exterior kindness suppressing an inner rage. (laughs) I don't know if that's so applicable to Larry, though. I don't think he's from Minneapolis, I don't think he's from Minnesota. And I think that... (long pause) I think his niceness is genuine, and I think these bursts that you mentioned come out of exasperation and frustration and being baffled by why all this stuff is happening to him. And we were very careful to monitor how far he was gonna go in allowing those bursts to pay off in there, when they happen.

Is it possible to accept with simplicity everything that happens to you?
(chuckles) It's a goal, I think. I think that's how that Talmudic scholar intended that to be. You know, we are human beings, and life is... (pause) Life has no rules. So we do the best we can, and it's one way to think about living your life. It's possible to try and put into effect the idea of living simply. In terms of what that means, "a serious man"--I don't think it's something Larry thought about much during the course of the piece, until he hears the term used at the occasion, at the synagogue, when the rabbi is speaking on Sy Ableman. I think Sy probably thought of himself as a serious man. And I think the rabbi makes a point of bringing this idea to the synagogue of, y'know. Here's a man who made an influence in his life, affected his community--and where does such a serious person go? And I think Larry would like to think of himself as being serious, and I think he wants other people to consider him to be serious, and...that approval from other people is important to him.

So does he define himself by how others see him?
I don't think so. I think he wants tenure. I think he thinks of himself as being serious with what he does, and he doesn't live on other peoples' opinion of him, yet I think if he had his druthers he'd prefer people think well of him than not.

This performance, it goes so rapidly between fantasy and reality--how do you make those concessions, those changes?
I just tried to play the truth of the situation, and let them work their magic otherwise. It wouldn't have necessarily served to think of those sequences in any other way. I think, though, truthfully speaking, the scene in one of those sequences, in the classroom, when he's reacquainted with Sy Ableman--and Sy's in his fanciful blue outfit--he doesn't necessarily question the fact that he sees Sy in his classroom. He just goes with it. (pause) I think he becomes subject to the truths of the circumstance. So I just try to play the truth of the circumstance.

Even when you're being slammed against a blackboard?
Absolutely. (chuckles) Absolutely.