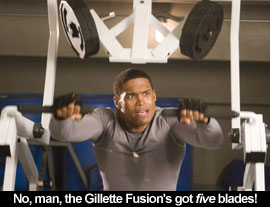 by Walter Chaw Jettisoning any attempt to perpetuate the ponderous lore of the first two films, Final Destination 3 docks at the arrivals gate with a full payload of wry sadism and satirical high school archetypes and nothing but grim exploitation nihilism on its mind. It's the perfect post-9/11 horror film in its way, and sure enough, 9/11 is invoked in an extraordinarily inappropriate photo of the WTC with the shadow of an airplane crossing its middle, which our dour, spoil-sport heroine presents in support of her thesis that photos taken of our soon-to-be-victims might provide clues as to their imminent demise. For the indoctrinated, the machinations of the picture are familiar: A small group of would-be teens avoids a Byzantine--and disgusting--fate, only to be hunted down by "death" (as a concept) and dismembered like flesh puppets ground in the gears of Rube Goldbergian contraptions. (Rube Goldberg with the unsavoury predilections of the Marquis de Sade, that is.) The calamity this time around is a hilariously sprung roller coaster, and the dour, virginal OCD headcase who has the premonition and survives is Wendy (Mary Elizabeth Winstead), doing her level best to warn her fellow survivors but succeeding mainly in being our front-row surrogate witness to the most gleeful assemblage of remorseless bloodletting since, well, Final Destination 2.

There's a strong feeling this time around that creators James Wong and Glen Morgan have tapped into a dank universal thrum, locating the cloud of doom that currently hangs over the United States by throwing a cast of teensploitation types under the proverbial bus. They undermine the expected by refusing to offer a surcease from their characters' sorrows: replacing the slasher resolution of the "good girl" winning out and restoring society is the idea of a terrorist alert level set constantly at red. Something terrible, God knows what it is, is going to happen--it's going to get you and your loved ones right where you live, work, and play. ("Fuck you, Ben Franklin" is the film's funniest, and oddest, complaint.) And no matter what you do or how smart you are, you'll never see it coming, and there's no one, ultimately, to ever hold accountable for the mayhem. Take away the authority figures (unreliable in any case (parents and police are complete non-entities here)) and let a pathological be worrier the hero before making every single thing she's concerned about a vile, messy, completely unavoidable reality and you have all the ingredients of the pernicious id roiling in the secret think-pan of most thoughtful Americans.

Start with the hilariously vacuous valley girls Ashley (Chelan Simmons) and Ashlynn (Crystal Lowe), punctuating their invitation to sour Wendy to go tanning with them with "That was so totally nice of us!" and meeting their mutual demise in a Kentucky-fried kind of way, though not before taking off their tops. The only two functions of pretty, stupid girls in films like Final Destination 3 is for them to first get naked and then to die, and director Wong obliges, yet what separates this picture from other slashers with less on the mind is that the torture of its characters is so non-sexual and protracted that between peals of laughter, you may experience a moment of surprised existential doubt about your participation in their sexual objectification and, crucially, in the funhouse objectification of their deaths. It seems a punishment of their vanity, a read that holds water particularly in that another death--of star football player Lewis (Texas Battle)--comes at the end of a commensurate display of frightening machismo. But Final Destination 3 seems mainly interesting in taking every single character type introduced as timeless in The Breakfast Club and deconstructing them narratively before literally. There is no tactic that works in the film: the nerds, the jocks, the yearbook club, the Heathers, and the Goths are equally impotent in avoiding a grisly fate. If there's a thread that unites the picture's mouse trap vignettes, it's the oft-repeated debate between the value of knowledge versus the bliss of ignorance--and if you're tired of talking about how so many of our films now are about home invasion and vengeance and hopelessness and terror, maybe it's a good time to talk about how this film and others like it (Saw II, for instance, or Open Water) are about how terrible is knowledge when it brings no profit to the wise. Or, more to the point, how useless is outrage when the train jumps the tracks. Originally published: February 10, 2006