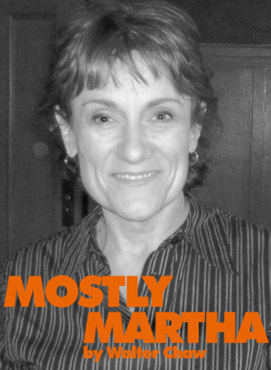 April 4, 2004|A long time has passed between big-screen assignments for filmmaker Martha Coolidge, the first woman president of the Director's Guild of America. It's been seven since her unofficial conclusion to the Grumpy Old Men franchise, Out to Sea--and thirteen years since her last good film, Rambling Rose. Making her mark in the early Eighties as a distaff John Hughes with a pair of teensploitation classics (Valley Girl and Real Genius), Ms. Coolidge, though she'll only hint at it, seems to be the victim of a particular sexism in the United States among directors (something perhaps exacerbated by her aforementioned election to the head of the DGA in 2002), a phenomenon relegating her to television projects, place-markers, and the occasional flyer on something that might actually be accidentally worth a damn with a little coaxing.

In person, Ms. Coolidge initially struck me as guarded, wary in the way of someone who's been burned in the game and is more than a little sick of the "woman director" question--her positioning herself as far away from me as possible in the diagonal without appearing rude the first clue. But as our conversation progressed, I detected, along with the hint of the steel that drove her to become conspicuous in an industry that actively discriminates against strong women artists, a genuine friendliness that dawned like relief. Her latest film The Prince & Me--what seems like an attempt to recapture the cross-cultural love affair formula of Valley Girl and Real Genius--works inasmuch as it does because of Coolidge's deft touch with that sort of material, no matter how well-traveled. For someone of Ms. Coolidge's obvious ambition and intelligence, it speaks volumes that this film is her best in memory.

FILM FREAK CENTRAL: Isn't it a shame that I still have to ask you about being a "woman director" in 2004?
MARTHA COOLIDGE: (laughs) It is, absolutely, it's really a shame. And more the shame is that this year is better than the last couple of years with the four really conspicuous woman's films we had this year.

Whale Rider.
Right--and I'm sure there are several more that I'm not thinking of right now. But with Sofia Coppola getting the Oscar nomination, I think there were a lot of people surprised that she was the first American woman director to get a nomination in that category. The fact is that it got really dire the last couple of years for not only women directors, but also minority directors.

Why?
Well, what happens is that when the film industry changes, when it shrinks with a shrinking economy, the people on the fringe--if you will--of the boys club get pushed out while the guys on the inside get all the work. They're safer bets, known quantities, which is this awful Catch-22. On the other hand you have these new guys coming in all the time taking the low-paying jobs and so you have more people directing, but paid less--and simultaneously, you have more directors unemployed than ever.

And yet you look to world cinema and there are so many dynamic, brilliant women directors working with a high level of visibility and freedom.
It's pretty embarrassing for us, isn't it? You can't even sustain a woman director's career in the United States anymore. Looking back, women directors at the reins of features five years ago have had to do television just to survive, myself included. It took a year just to get The Prince & Me going, two more years doing other jobs to stay afloat--y'know, the industry is reviving a little, but more, it's mutating into something different. For as fascinated as I am in change, in what new technologies and formats might bring for women and minority directors, there's also the reality that the films are getting smaller. There's a refocus on the new realities of our economy, a lot of shuffling going around that I'm afraid is going to just continue to push us out and out. It's a hard time to hang on and survive, and that's not a joke.

It's interesting that you say that because it does seem that our bottom is lower now--the urge to appease the common taste seems greater.
Yep--and I'm careful to say that I don't believe reaching a broad audience is analogous to being a bad movie, but it does seem like there's a proliferation of just really low movies.

Do you feel optimistic that Sofia Coppola's recognition will open doors for women directors?
Let's hope so, let's hope so. It would be foolish to think that things are easier, but certainly one ceiling's been broken. It's like when I decided to run for president of the DGA, I was really aware of that action's place in the history of that organization and I believe that though it might be subtle or hard to see right now, that it has, in fact, changed the guild. Don't get me wrong, the DGA has been very supportive of women and minority directors traditionally, but until 2002, there had never been a woman president.

What sort of opposition did you, do you, encounter in that capacity?
(long pause) Some...

What sort and from where?
Hard to pinpoint. It's underground, and it's hard to pinpoint from what quarters, too... Certain people tend not to voice their displeasure to your face in certain, well, in that environment.

Rambling Rose--tell me about working with Calder Willingham.
An amazing man, an amazing screenwriter.

I love One-Eyed Jacks.
Did you know he wrote the first draft of Patton? He was a great man to know, a real curmudgeon. He hated Hollywood, he was just so well-educated. You don't even find people that well-educated anymore--he would always say to me, "This is a movie about higher love." He was always writing about prostitutes or near-prostitutes or abused girls--and the secret of the movie is that it's not at all about what it's about. It's about that "higher love," discovering love and having it enlighten your entire life and this boy goes from being fascinated by the low, puerile fascination to suddenly learning what it is to have empathy, caring for someone for the rest of his life. Pretty amazing--and the idea of love as a catalyzing agent for the rest of a life is something that I really try to explore in my work.

You highlight that Willingham was anti-Hollywood--are those your roots as well?
Let me answer that this way: I was raised on the American classics on television, but it wasn't until the French New Wave hit with me and foreign film hit with me. Truffaut, Fellini, Godard, Kurosawa, Bergman--those filmmakers excited me tremendously and those films. Go back and look at Breathless and there is not one thing that anyone's doing today that wasn't already in that film, and I don't know that many films have ever duplicated that energy: the pureness of those jump cuts, the purity of those performances, and that love for the films of the United States. Passion. You see this exchange going on in film of that time, this dialogue with each other and with the audience, and that's when I began to believe that there was a place for me in the movies. I got back to the American directors eventually, you know, but it's what I saw as the innovators working in the margins that made me feel as though I could be successful as a "minority" director.

Yet you interned at AFI with Robert Wise.
Right--that's not political, that's practical. The reasoning I requested an old-school sort of guy was that I wanted to know how to storyboard, to build sets, to become familiar with how Old Hollywood worked. You're still in love at that point with the magic of cinema, the understanding that when you're pretending, you're pretending. And the vital thing in the process is to understand your choices as a filmmaker, of how your sets build character, how your costumes build character--there are a lot of choices that you're presented in crafting the appearance of emotional reality: just being aware of the complexity of that illusion is a big leg up in the battle. Those traditional aspects of storytelling--there's nobody better to learn that from than the old-school guys.

I was intrigued by the title of a short film that you did right before Valley Girl with "Northern Exposure" creator Josh Brand: Bimbo.
Josh and I came to Hollywood together and I wrote a story that we eventually expanded and sold to Disney and shot with a bunch of our friends. It's just a short, y'know, a reunion movie chronicling the change that occurs amongst a group of friends. I like that you bring up this piece because I think you can locate in it a lot of the things that have driven my films ever since.

Such as...
Such as people facing change, confronting big moments in their lives, looking for love and finding it--a revelation of some kind. You think that this should be a constant in films, but that's not always the case--maybe even not often the case anymore. I see so many movies where I wonder what the point is. There's no conflict and I think that you need that kind of tension in opposition. Class, culture, those are the things that I'm interested in exploring. I think that every opportunity you have in a movie to root it in some sort of truth, it'll reward somebody in the watching.

It's important not to condescend to your audience.
Absolutely--I think that the success of my teen-targeted films might be ground in the fact that they're not just surface intrigues. I hope that's why anyway, and it's humanizing that class/caste struggle that I try to highlight in my work. I think that audiences can sniff out insincerity. You underestimate them at your peril, especially when you're talking to them about something they know--falling in love, for instance. It was a commitment for me from the start to strive towards a stylized "truth." If the people feel real, then the premise will become secondary--the love has to be real, that interpersonal reality has to feel right, and if it doesn't, it doesn't matter if it's 13th century Japan or yesterday morning, people won't buy it. I mean, I spend two years, conservatively speaking, on every feature project, hundreds of things could go into it and hard choices have to be made, and they have to be meaningful on some level, to me if nobody else, or why even do them? The longer you're in this business, the more you realize that these opportunities are just too few and too precious.