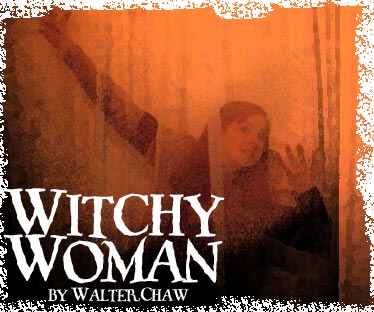 Actress Heather Donahue on the curse of BLAIR WITCH

July 13, 2003|Castle Marne B&B, a literal house-sized castle, broods at the end of a tree-lined street in a marginal Denver neighbourhood, just a hop-skip-jump away from what used to be the red-light district. Out-of-place to say the least, the edifice rises in large grey blocks like a medieval vision, albeit one equipped with cozies, throws, knick-knacks, and Jacuzzis in every room. The funny thing about it is that of all the weird places to meet Heather Donahue, Castle Marne doesn't seem the weirdest: like the actress, it's theatrical, expansive, and, for the most part, out of sight. More's the pity for Ms. Donahue, as since her career-making role in The Blair Witch Project, she's been subjected to the same virulent backlash as the film, making her persona non grata in Hollywood even though her minimal work since then has been far and away the best part of marginal films--and indicative, besides, of genuine talent. What Ms. Donahue still has trouble with, and it's hard to blame her for not having critical distance on something so ambiguous in her life, is the importance of The Blair Witch Project in shaping modern film trends and the rarity of a picture that buggers sexual objectification. Although I've seen her in a few non-Blair Witch roles, just how attractive Ms. Donahue is remains something of a shock. It isn't that she's unattractive in her most famous role, it's that her attractiveness never enters into the equation--there's a thesis paper in there all by itself. In town to conduct a Q&A after a screening of Seven and a Match (released as part of Madstone's "Film Forward" series), on a beautiful early-summer morning a little less than four years after The Blair Witch Project opened in Denver, the animated Ms. Donahue sat down with me on the patio of Castle Marne.

FILM FREAK CENTRAL: Tell me about the theatre.
HEATHER DONAHUE: Acting is just something I always knew I wanted to do--acting and writing. I could read at a very early age and I loved stories, losing myself in stories, novels. Reading a novel was like doing a show. I just finished [Robert Hough's] The Final Confession of Mabel Stark. It's so good, about a tiger trainer in the circus at the turn of the century--a historical fiction. I'm also reading a book about evolutionary biology right now--I read everything. That's a great thing about this job, that with all the down time between jobs you get a lot of reading done. (laughs)

And your theatre experience?
Right, I get side-tracked very easily. I did a lot of stuff in elementary school, the musicals and stuff, and started training at the Lawrence Street Theater School in Philadelphia when I started high school before going the University of the Arts conservatory program, also in Philadelphia. Couldn't afford NYU. (laughs) I worked a lot in regional theatre in Phillie, a few experimental theatre projects in New York with a company called "Collision Theory" that was doing a lot of interesting physical stuff--a lot of documentary-style theatre, a lot of interviews on a particular topic and then stage a show based on those interviews. It's a really interesting way of working.

You're sick of talking about The Blair Witch Project, I'm sure, but I haven't read very much about your thoughts about the fallout from Blair Witch.
It was quick--before I really even got a chance to say "hello" it was over. The backlash... (a long pause as Ms. Donahue takes a drink from a glass of water), um... I don't understand the success of the film and I don't understand the backlash. I have no idea what happened back there, it's like driving by a car wreck. I was chased once in my car, been confronted and called names on the street, driven off the road--it's been hard... There's a lot of numbness in the world now, y'know, the more information we have, the more fragmented things become, and the more gaps there are to be filled with fear and anxiety. All this technology for connection and what we really only know more about is how anonymous we are in the grand scheme of things. I don't know if I'm talking now about the success of the film or the fallout. 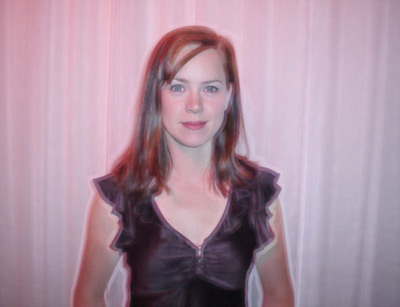 "I find that a lot of women respond to my work in that it doesn't make them feel bad about themselves."

There's an undeniable nihilism to the piece that you're touching on here that my editor, correctly I think, identifies as what many have had a hard time assimilating about the film--it's uncomfortable.
It is, absolutely. It's cold. I hadn't really thought about how nihilistic it was before. In a way you could look it as a way of identifying the existence of a greater governing force that punishes arrogance. If we had been less reliant on technology and the security that we enjoy in being divorced from what we used to know, maybe things would have turned out differently. The feeling that you can strip and paint nature bare--there's something very existentially dangerous about that; that's my theory about L.A., in fact, that the smaller you make your area the bigger you can feel about it. People live in their houses and their cars and you're so large in those spaces that it makes the sprawl of the place easier to manage.

A theoretical space within the cell phone nation.
Exactly--the king of that miniature kingdom creating a lot of ill will and dissatisfaction. Especially in L.A., I mean, here's this place full of desperate and sad people who take their only pleasure from destroying others for the purposes of their own self-aggrandizement.

I don't mean to be glib, but you're sounding a little bitter.
(laughs) For me, it's been a long road of being forced into a different perspective. I don't say that with anger, but just as how it looks to me. It is sad, y'know, it's not people getting ahead or getting closer to satisfied, it's angry people who are powerful.

Did it hurt you, do you think--and ironically--that your character in Blair Witch wasn't objectified as a sexual object?
There are females who eat their young--who operate and function in a lot of different ways. We're not all nice and there are a lot of levels of ambition and "niceness." I find that a lot of women respond to my work in that it doesn't make them feel bad about themselves. I'm just a girl, y'know, my ass isn't all that small, my stomach isn't particularly flat depending on the month--if I've had some time off, chances are I'm no washboard. For me acting was always acting out human problems for human people, if you know what I mean. I want to see myself in my roles, but so often now that's impossible. Objectification, and I'm not saying anything earth-shattering here I know--it just makes people feel like shit but it's so much a part of how actresses get work, how their merit is judged--so it's interesting that you ask that because, yeah, maybe so.

That's frustrating.
It's impossible. For me, my humanity was something I never wanted to give up. I feel this great responsibility to be three-dimensional. There are actresses who achieve that, of course. Frances McDormand: beautiful in one minute, dogmeat in another--virtuous then villainous. It's not all roses and supplication. (laughs)

Why aren't you getting more work?
I'm not the beautiful one. That, and the Blair Witch backlash, of course. It's given me a lot of time to do other things, so I can't really complain--I mean, I've really had a lucky life and I know that, but I'd love to work more, no question. Sometimes I see what's out there and I'm happy not to be working, y'know, it can be soul-sucking out there--it becomes about a lot of different things sometimes, this job, but a steady diet of anything is bland...

...and fatal.
(laughs) Yes. A lot of our entertainment throws into detail the stagnation and illness of how we live today--it's sad and it's sick... (thinks for a moment) And it's profitable. (laughs)