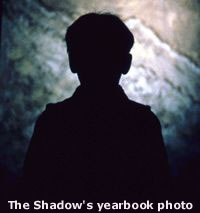 by Walter Chaw More of a sepia-stained Spanish fairy tale about the dehumanizing effects of war than a horror film, Guillermo del Toro's melancholy labour of love The Devil's Backbone (it's dedicated to his parents) is redolent with atmosphere and lacking in conventional fright payoffs, which aren't the point of the exercise, anyway. The Devil's Backbone centres around a colony of lost boys led by a stately Pan, Dr. Cásares (Argentine legend Federico Luppi). The head of a refuge for war orphans (we never know who's winning, and neither do the characters), Dr. Cásares and the one-legged matron Carmen (Marisa Paredes) share chaperone duties with the swarthy Jacinto (Eduardo Noriega) and the comely Alma (Berta Ojea). Look to each of the adult character's infirmities, strengths, and vanities for clues as to what they represent in the Guernican tragedy of the Spanish Civil War, specifically of how the doomed republican rallying cry of "No pasaran!" ("You will not pass!") becomes the hollow promise of ghosts defending an abandoned orphanage.

To have the story of a haunted orphanage, an unexploded bomb, and the desperate attempts of artists and intellectuals to ward off an invading horde indicated by cruelty and greed tell the larger story of how democratic Spain was ignored in the late-Thirties by the free world works (they ironically feared inciting a world war), in that the Spanish Civil War itself was not only a battle against Franco's forces and the tide of fascism, but also a social revolution in the democratization of republican strongholds. The war could be described as a story within a story--a tale of two struggles, one unfolding against the backdrop of the other.

The ghost of a child, Santi (Junio Valverde), functions as the sadness and submerged strength of the Spanish people: he is also forgotten and un-avenged, the manifestation of ideals that, like the children born with the titular malformation, "were never meant to live--there is no place for them." Tied to the dream of democracy, however, Santi's lonesomeness will eventually be assuaged in the joined resolve of an active resistance. The Devil's Backbone is a metaphor for the romantic isolation of ill-fated rebels struggling for a time against an inexorable consummation steeped in the sort of damned melancholy that springs from small victories in hopeless but just defences. Although a death may be avenged, the wronged remains expired; any victory is necessarily one tainted with the knowledge that for as bad as it has been with the seclusion and privation, there is most probably worse to come. (Note Santi's sepulchral warning: "Many of you will die.")

Yet it would be a mistake to focus on the socio-historical commentary of The Devil's Backbone and the patriotic mythmaking endemic to the same that points to the "whys" behind this project being such a personal one for the director. Del Toro's film is beautiful to behold, with ace cinematographer Guillermo Navarro's (Jackie Brown, Cronos) muted lighting schemes and brilliant use of chiaroscuro holding court with del Toro's sleek, distinctive flair for images. The pair makes the most of the truism that a row of hanging scissors and a sourceless shadow are far more menacing than a horde of hockey-masked maniacs.

Still, it's important not to go into the film with the expectation of fright: del Toro is far more interested in man's insectile machinations and the role of religion in defining the parameters of fear and violation than he is in traditional scare tactics. (And the gorgeous Tennysonian aecidia of the film is such as to explain if not entirely forgive its occasional failures of immediacy.) The Devil's Backbone is sweeping yet intimate, though a newly political del Toro has yet to find the perfect vehicle for his obsessions. This is a film about divisions: the old from the new, the grass to the left of the road from the dust to the right, the fears of childhood versus the passions of twilight... The Devil's Backbone breathes and throbs with the weight of martyrdom and redemption.