My kids were raised on The Pixies and for as long as they can remember, I've mentioned that the words to "Debaser," in which lead singer Frank Black screams that he's "Un chien andalousia," is a reference to a great surrealist film I would show them one day. Today was that day.

The quick way to explain "surrealism" to the only moderately-interested is to ask them to imagine introducing something strange into the middle of something completely ordinary. Dreams operate on principles of surrealism: you could be in a classroom you remember, but the teacher is a pigeon and your desk is your mother. I told them that when Un chien andalou debuted in Paris in 1929, its creators, Luis Buñuel and Salvador Dali, allegedly filled their pockets with rocks in case the audience stormed the screen. It seems like a bizarre, paranoid overreaction fuelled in part by narcissism--except that a riot involving ink thrown upon the screen did occur at the premiere of Buñuel's next project, L'âge d'or.

"What was the hullabaloo?" asked my son, who shouldn't be using Victorian-era exclamations as comfortably as he does. I had to confess that I wasn't sure. I turned it back to them. Maybe it was obscenity, they said--maybe, like the outrage over Dulac's The Seashell and the Clergyman, there was an artsy conspiracy of sorts devised by Buñuel's and Dali's rivals. I added that there has always been a strain of jealousy over artforms, where gatekeepers who believe that art can only be one thing become violent in the protection of that one thing.

Why do people defend one narrow path to understanding/appreciating art?

I ended my introduction to Un chien andalou by telling the kids to just be conscious of how the images were making them feel instead of trying to tease narrative out of the film (though I could argue there is a narrative to it). Furthermore, I hoped they would articulate the "whys" of those feelings rather than the whys of the images. You're going to get it more than you think you're going to get it. Already primed by Dulac, they had no doubt.

Un chien andalou opens with an infamous shot of a razor being dragged across a woman's eyeball--an image predicted by a thin cloud passing across a full moon. The bulk of the film, though, features a woman chained to a wall of her one-room flat while a lover/rapist ravishes her or dreams he is ravishing her. His sexual frustration manifests as a pair of grand pianos he needs to drag across the floor to her--now loaded with dead donkeys (real ones that Buñuel and Dali did their best to decay faster), now also dragging a pair of priests.

I really liked both of these observations. I asked:

What does a hole in the hand tend to represent in art? 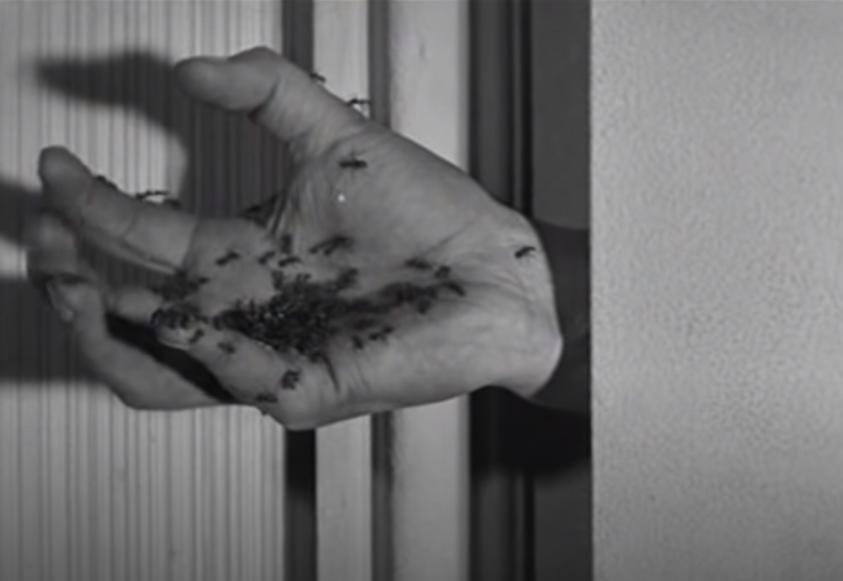 The film is a series of arrested, frustrated pursuits of objects of desire. There's something incredibly poignant to me about that idea, and Un chien andalou captures it in a way I find eternally revelatory. The film is more than a gimmick or an art installation memorable for its inscrutability. Rather, there's an intense humanity to it, distilled to an almost unbearable intimacy and injected directly into the proverbial vein.

I introduced to them this notion of the seven arts, popularized for a while in the humanities as a means to privilege certain forms of art over others. Poetry is more able to instantly access the subconscious than theatre, which is more likely to do the same than narrative. And then there's music above all, and then and then... Really, the point I wanted to make was that film, as opposed to being a separate art, could be all of the seven arts at once. It's painting and poetry, narrative and dance, theatre and sculpture.

How many of the "other" seven arts is Un chien andalou?

Towards the end of the piece, our heroine encounters a moth. As she gets closer, she sees a death's head.

The first several times I saw this film, I thought the death's head was a fabrication explicitly created for the picture. After I read Thomas Harris's The Silence of the Lambs and saw Jonathan Demme's film adaptation of the same, I realized this is a real thing. The displacement of that was a strange moment for me. I tried to explain it to the kids. How to describe a thing you had always thought to be part of a constructed dream to be, instead, a thing from the waking world? I'm sure there's a term for it. 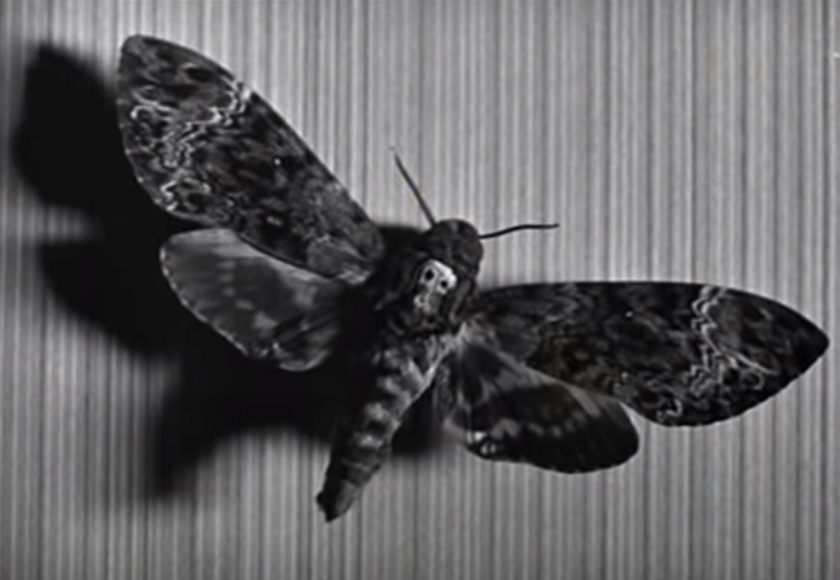 Un chien andalou is loaded, frame-by-frame, with invasive, incisive images--insinuating ideas. I described the effect of the film as an infection that's progressively mutating, like metastatic cancer. Like another film we'll be watching in this series, Jacques Tati's Playtime, once seen Un chien andalou changes the way you see.

Tell me about the image of the man without a mouth. 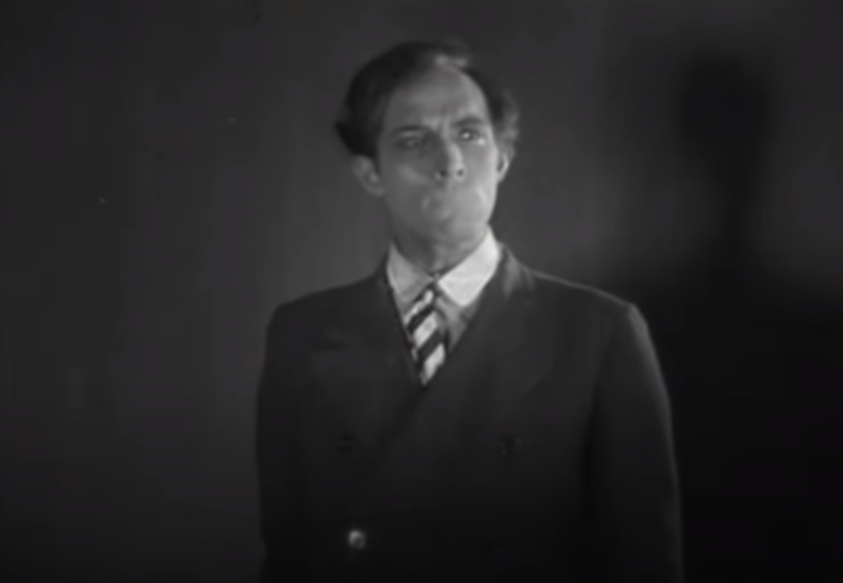 My son is a short-story fan--a product of a little ADHD, perhaps, but the short form is the perfect length for his budding intellect. He's devoured the works of Ray Bradbury and Harlan Ellison and asked if the image above had influenced Ellison's "I Have No Mouth, and I Must Scream." I answered by asking him what that story was about. For the uninitiated, in "I Have No Mouth, and I Must Scream," the last four humans remaining after an AI built to wage war against two rival AI are tortured into eternity for the AI's pleasure. The only escape for them is death. It's one of a nasty storyteller's nastiest stories. There's a key dream sequence in the middle where the narrator dreams of the AI speaking to him through a hole in his brain. It ends with the now-sole survivor robbed of his form--and of his ability to die. It's a story about what we deserve.

My son said it was a story about the danger of technologies that target people because eventually, those technologies will target you. I asked him to refine his thoughts to use a non-science-fiction framework, and he was able to come up with the solution that any ideology that targets specific people will eventually target all people.

I didn't, in other words, answer his question. I did suggest, however, that some images are so compelling that they are essentially archetypes, i.e., images that have a simple, universal power to suggest something similar across time and cultures.

Why, for example, do some religious orders take vows of silence?

Un chien andalou inspired excited, lively discussion and the so-far rare request for us to start the movie all over again after a period of conversation. It is 21 minutes of sometimes-savagely intuitive image-making. A Rorschach blot of a movie. I love that it ends on a beach.

Next, Spike Lee's concussive Do the Right Thing: as current, tragic, and shocking now as it was in 1989.